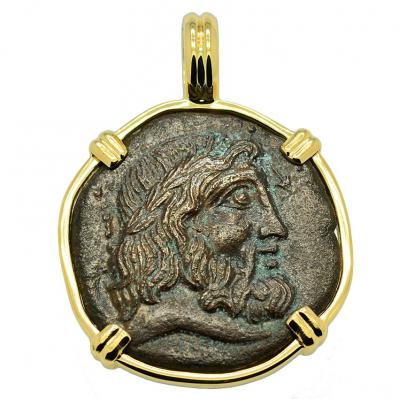 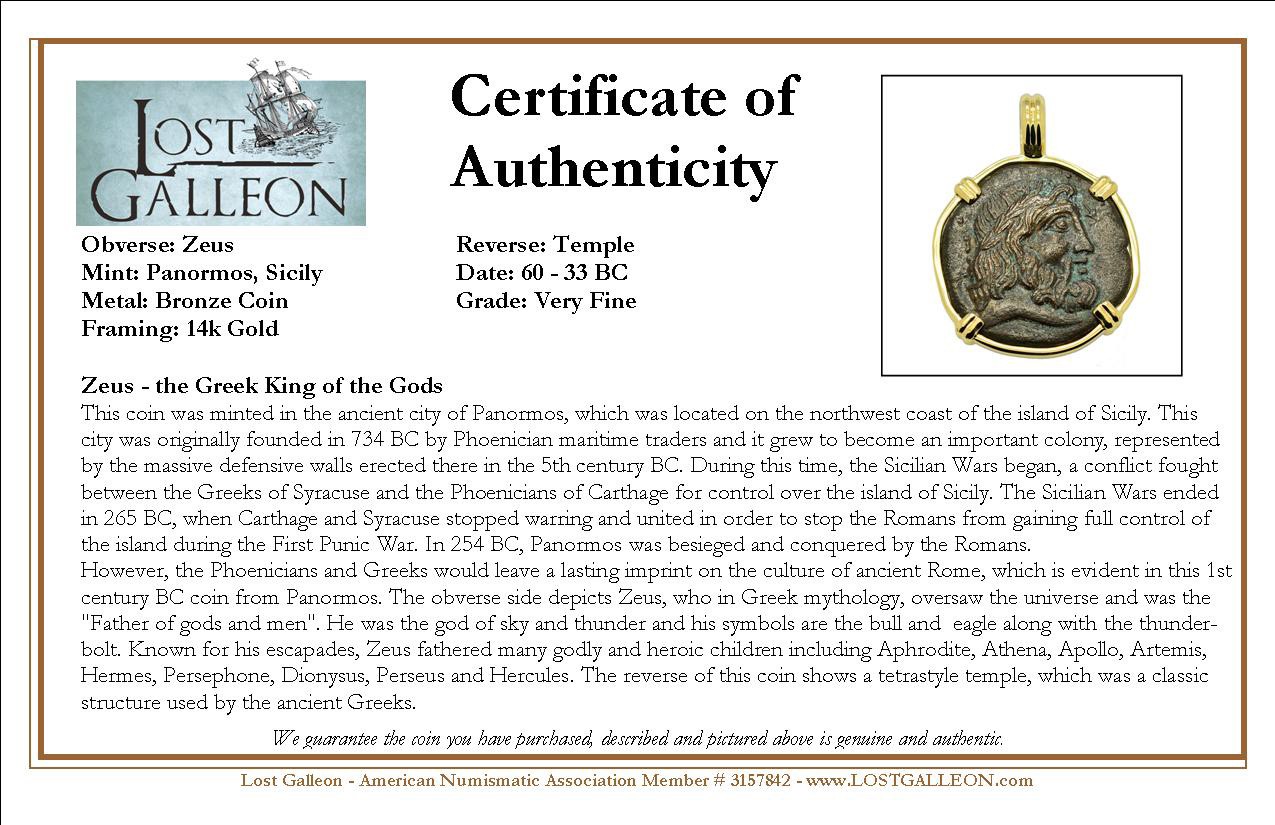 This coin was minted in the ancient city of Panormos, which was located on the northwest coast of the island of Sicily. This city was originally founded in 734 BC by Phoenician maritime traders and it grew to become an important colony, represented by the massive defensive walls erected there in the 5th century BC. During this time, the Sicilian Wars began, a conflict fought between the Greeks of Syracuse and the Phoenicians of Carthage for control over the island of Sicily. The Sicilian Wars ended in 265 BC, when Carthage and Syracuse stopped warring and united in order to stop the Romans from gaining full control of the island during the First Punic War. In 254 BC, Panormos was besieged and conquered by the Romans.
However, the Phoenicians and Greeks would leave a lasting imprint on the culture of ancient Rome, which is evident in this 1st century BC coin from Panormos. The obverse side depicts Zeus, who in Greek mythology, oversaw the universe and was the "Father of gods and men". He was the god of sky and thunder and his symbols are the bull and eagle along with the thunderbolt. Known for his escapades, Zeus fathered many godly and heroic children including Aphrodite, Athena, Apollo, Artemis, Hermes, Persephone, Dionysus, Perseus and Hercules. The reverse of this coin shows a tetrastyle temple, which was a classic structure used by the ancient Greeks.