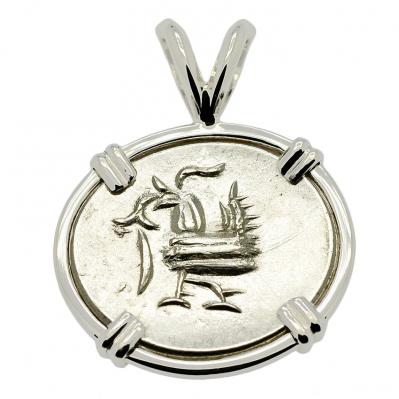 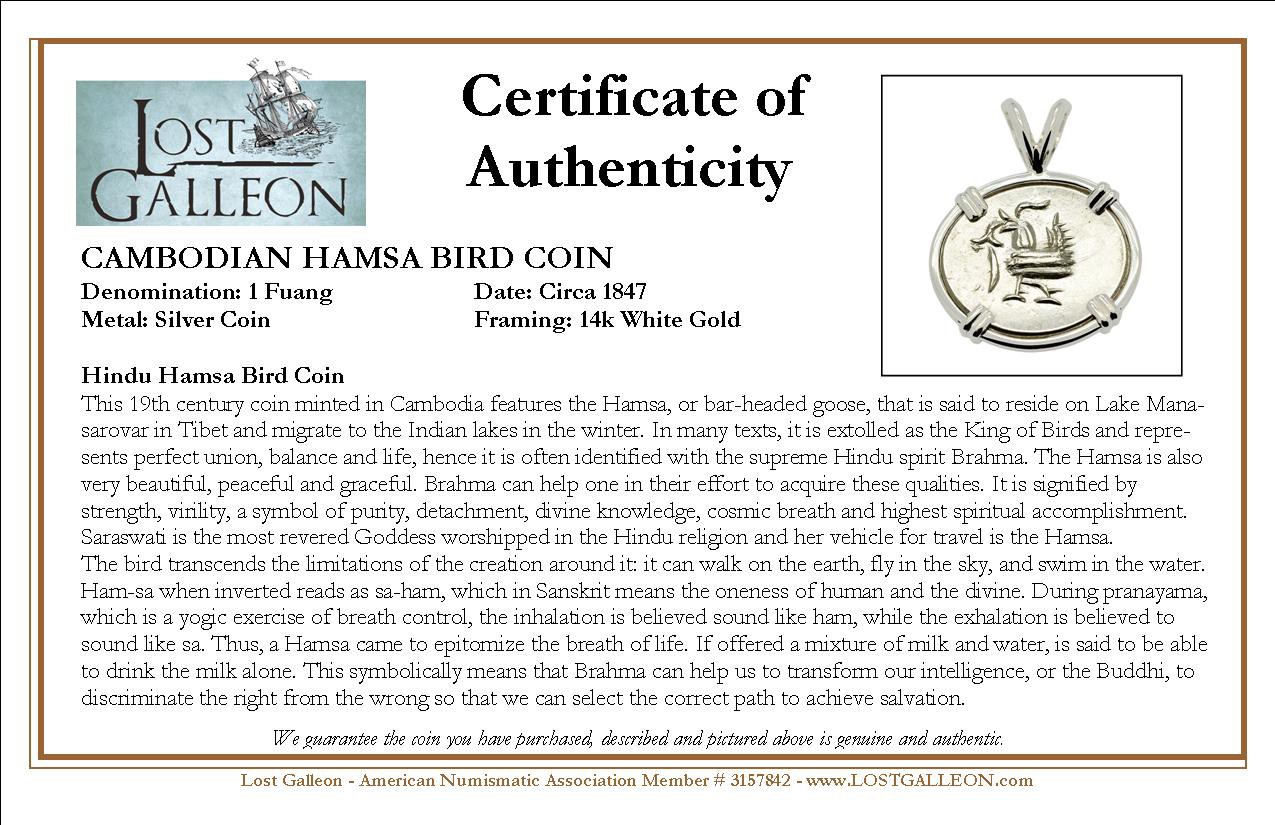 This 19th century coin minted in Cambodia features the Hamsa, or bar-headed goose, that is said to reside on Lake Manasarovar in Tibet and migrate to the Indian lakes in the winter. In many texts, it is extolled as the King of Birds and represents perfect union, balance and life, hence it is often identified with the supreme Hindu spirit Brahma. The Hamsa is also very beautiful, peaceful and graceful. Brahma can help one in their effort to acquire these qualities. It is signified by strength, virility, a symbol of purity, detachment, divine knowledge, cosmic breath and highest spiritual accomplishment. Saraswati is the most revered Goddess worshipped in the Hindu religion and her vehicle for travel is the Hamsa.
The bird transcends the limitations of the creation around it: it can walk on the earth, fly in the sky, and swim in the water. Ham-sa when inverted reads as sa-ham, which in Sanskrit means the oneness of human and the divine. During pranayama, which is a yogic exercise of breath control, the inhalation is believed sound like ham, while the exhalation is believed to sound like sa. Thus, a Hamsa came to epitomize the breath of life. If offered a mixture of milk and water, is said to be able to drink the milk alone. This symbolically means that Brahma can help us to transform our intelligence, or the Buddhi, to discriminate the right from the wrong so that we can select the correct path to achieve salvation.