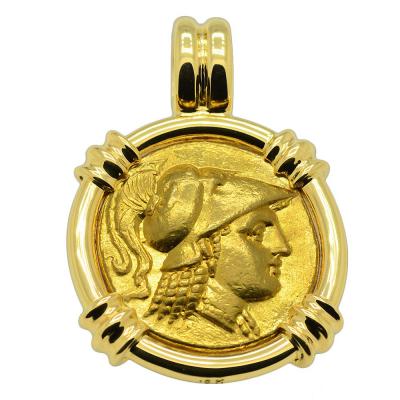 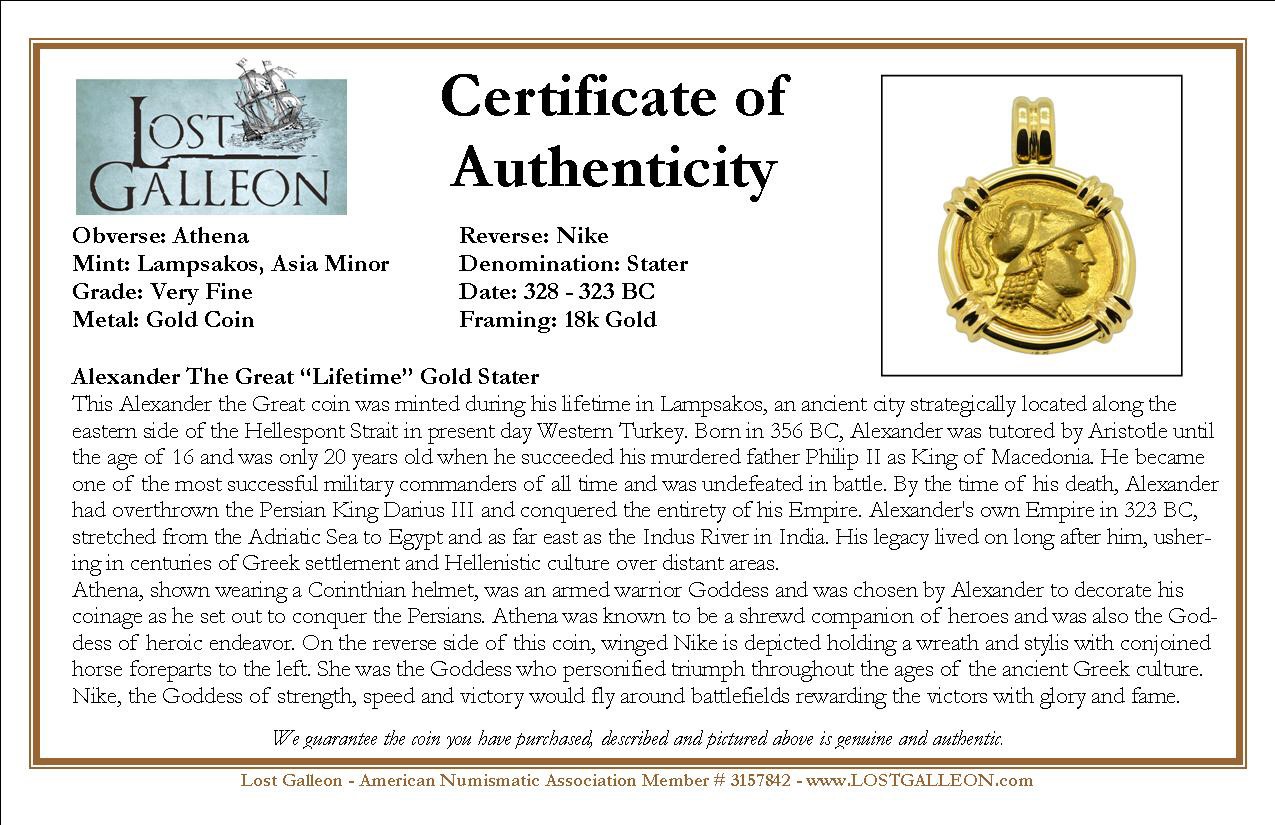 This Alexander the Great coin was minted during his lifetime in Lampsakos, an ancient city strategically located along the eastern side of the Hellespont Strait in present day Western Turkey. Born in 356 BC, Alexander was tutored by Aristotle until the age of 16 and was only 20 years old when he succeeded his murdered father Philip II as King of Macedonia. He became one of the most successful military commanders of all time and was undefeated in battle.
By the time of his death, Alexander had overthrown the Persian King Darius III and conquered the entirety of his Empire. Alexander's own Empire in 323 BC, stretched from the Adriatic Sea to Egypt and as far east as the Indus River in India. His legacy lived on long after him, ushering in centuries of Greek settlement and Hellenistic culture over distant areas.
Athena, shown wearing a Corinthian helmet, was an armed warrior Goddess and was chosen by Alexander to decorate his coinage as he set out to conquer the Persians. Athena was known to be a shrewd companion of heroes and was also the Goddess of heroic endeavor. On the reverse side of this coin, winged Nike is depicted holding a wreath and stylis with conjoined horse foreparts to the left. She was the Goddess who personified triumph throughout the ages of the ancient Greek culture. Nike, the Goddess of strength, speed and victory would fly around battlefields rewarding the victors with glory and fame.