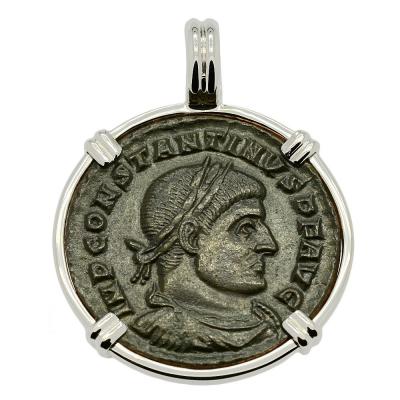 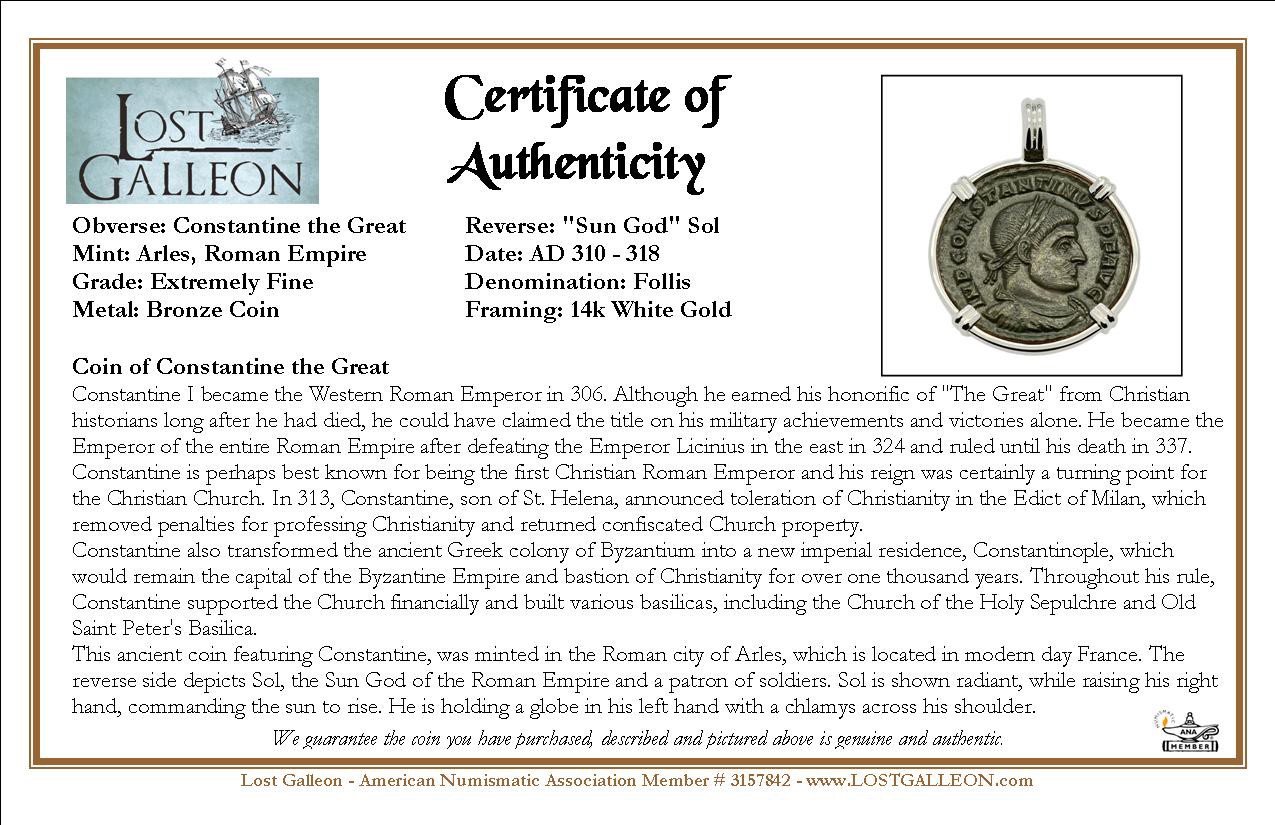 Constantine I became the Western Roman Emperor in 306. Although he earned his honorific of "The Great" from Christian historians long after he had died, he could have claimed the title on his military achievements and victories alone. He became the Emperor of the entire Roman Empire after defeating the Emperor Licinius in the east in 324 and ruled until his death in 337. Constantine is perhaps best known for being the first Christian Roman Emperor and his reign was certainly a turning point for the Christian Church. In 313, Constantine, son of St. Helena, announced toleration of Christianity in the Edict of Milan, which removed penalties for professing Christianity and returned confiscated Church property.
Constantine also transformed the ancient Greek colony of Byzantium into a new imperial residence, Constantinople, which would remain the capital of the Byzantine Empire and bastion of Christianity for over one thousand years. Throughout his rule, Constantine supported the Church financially and built various basilicas, including the Church of the Holy Sepulchre and Old Saint Peter's Basilica.
This ancient coin featuring Constantine, was minted in the Roman city of Arles, which is located in modern day France. The reverse side depicts Sol, the Sun God of the Roman Empire and a patron of soldiers. Sol is shown radiant, while raising his right hand, commanding the sun to rise. He is holding a globe in his left hand with a chlamys across his shoulder.