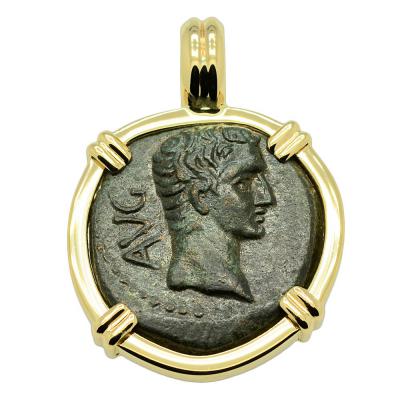 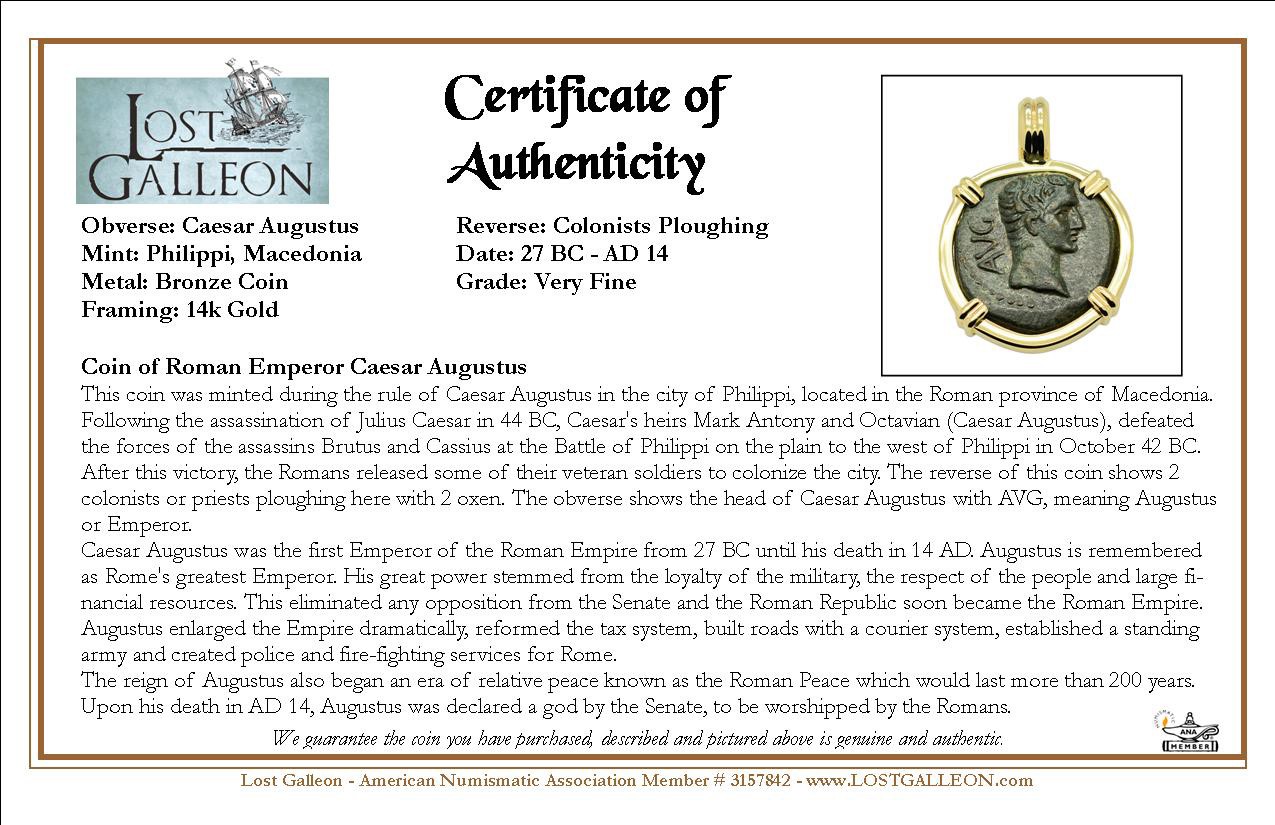 This coin was minted during the rule of Caesar Augustus in the city of Philippi, located in the Roman province of Macedonia. Following the assassination of Julius Caesar in 44 BC, Caesar's heirs Mark Antony and Octavian (Caesar Augustus), defeated the forces of the assassins Brutus and Cassius at the Battle of Philippi on the plain to the west of Philippi in October 42 BC. After this victory, the Romans released some of their veteran soldiers to colonize the city. The reverse of this coin shows 2 colonists or priests ploughing here with 2 oxen. The obverse shows the head of Caesar Augustus with AVG, meaning Augustus or Emperor.
Caesar Augustus was the first Emperor of the Roman Empire from 27 BC until his death in 14 AD. Augustus is remembered as Rome's greatest Emperor. His great power stemmed from the loyalty of the military, the respect of the people and large financial resources. This eliminated any opposition from the Senate and the Roman Republic soon became the Roman Empire. Augustus enlarged the Empire dramatically, reformed the tax system, built roads with a courier system, established a standing army and created police and fire-fighting services for Rome.
The reign of Augustus also began an era of relative peace known as the Roman Peace which would last more than 200 years. Upon his death in AD 14, Augustus was declared a god by the Senate, to be worshipped by the Romans.