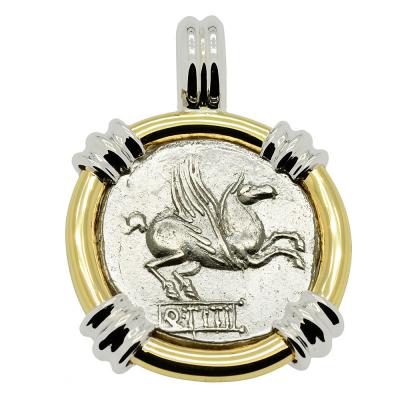 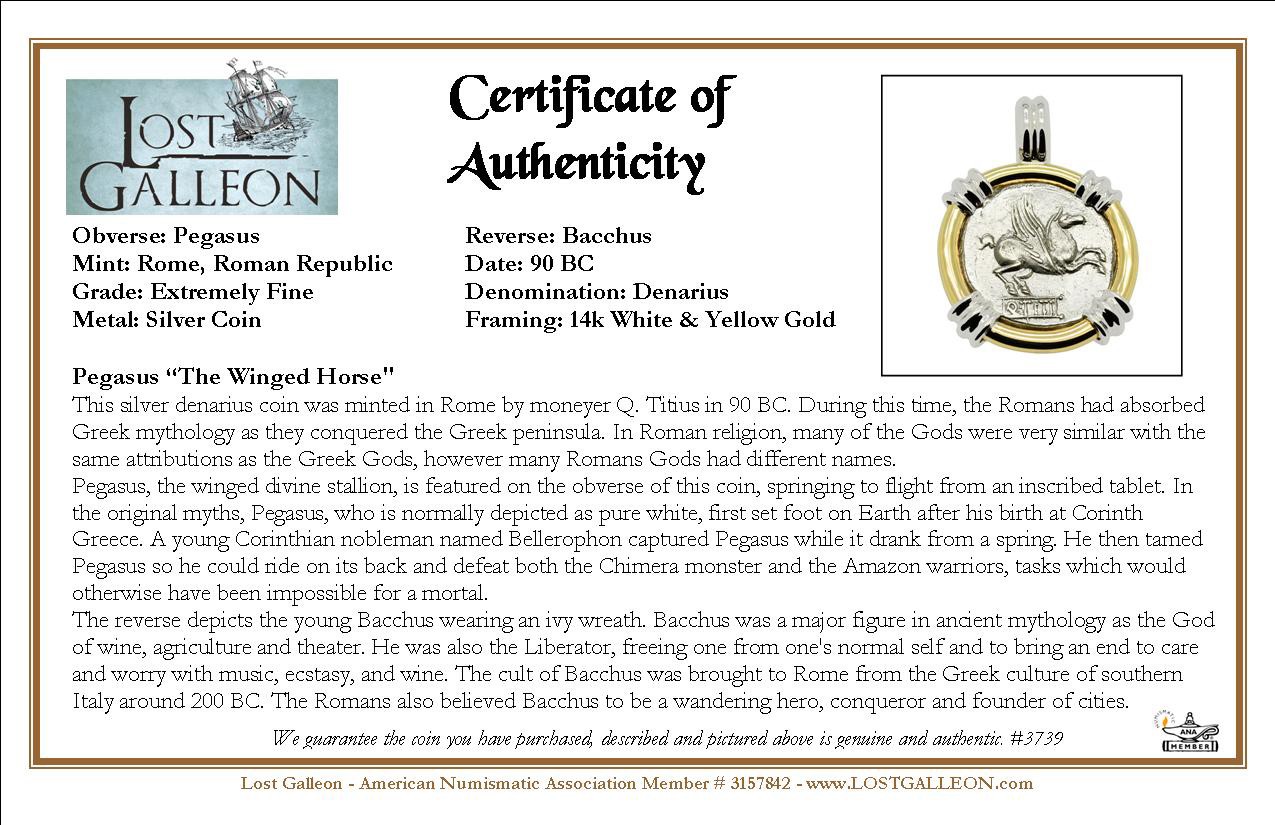 This silver denarius coin was minted in Rome by moneyer Q. Titius in 90 BC. During this time, the Romans had absorbed Greek mythology as they conquered the Greek peninsula. In Roman religion, many of the Gods were very similar with the same attributions as the Greek Gods, however many Romans Gods had different names.
Pegasus, the winged divine stallion, is featured on the obverse of this coin, springing to flight from an inscribed tablet. In the original myths, Pegasus, who is normally depicted as pure white, first set foot on Earth after his birth at Corinth Greece. A young Corinthian nobleman named Bellerophon captured Pegasus while it drank from a spring. He then tamed Pegasus so he could ride on its back and defeat both the Chimera monster and the Amazon warriors, tasks which would otherwise have been impossible for a mortal.
The reverse depicts the young Bacchus wearing an ivy wreath. Bacchus was a major figure in ancient mythology as the God of wine, agriculture and theater. He was also the Liberator, freeing one from one's normal self and to bring an end to care and worry with music, ecstasy, and wine. The cult of Bacchus was brought to Rome from the Greek culture of southern Italy around 200 BC. The Romans also believed Bacchus to be a wandering hero, conqueror and founder of cities.