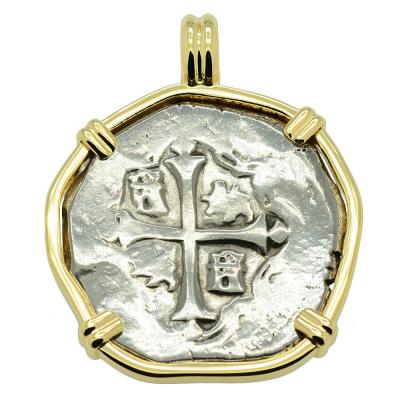 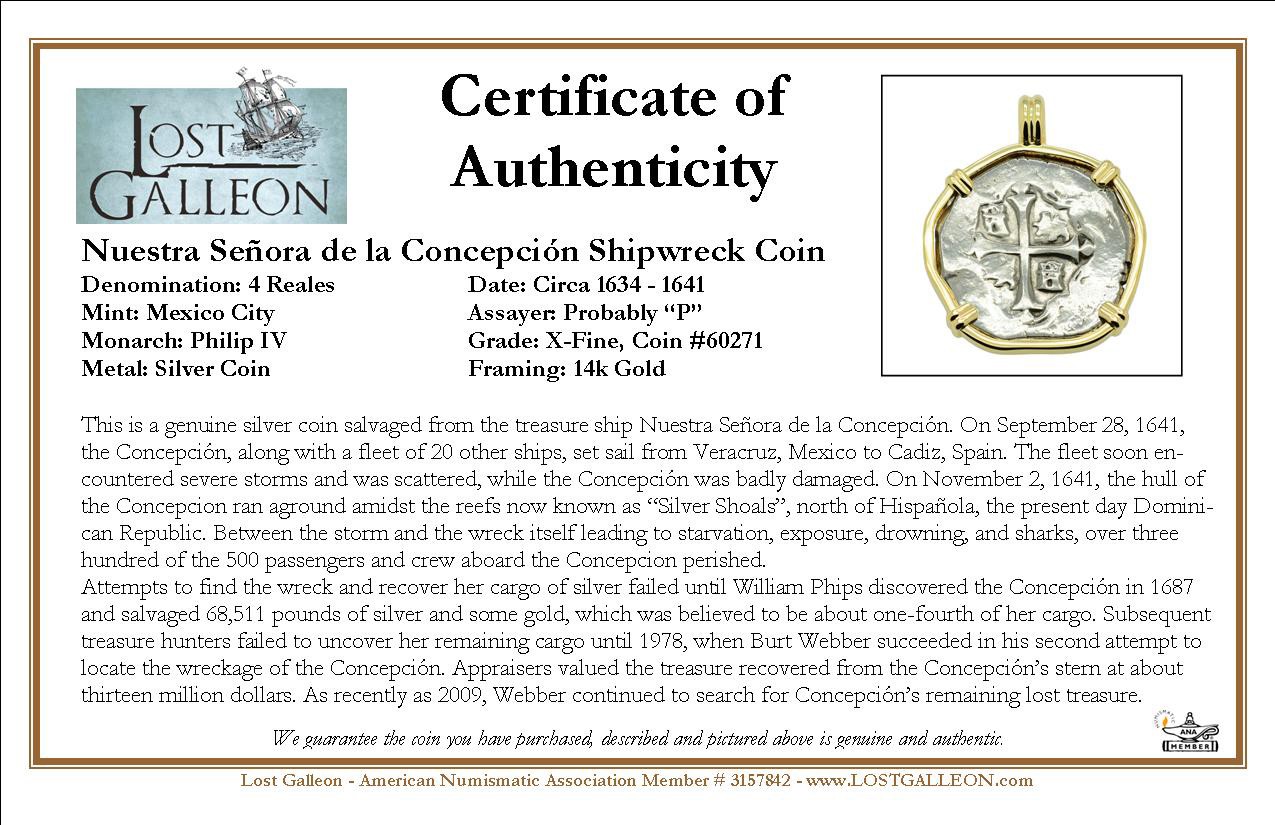 Salvagers certificate and tag #60271 included. This is a genuine silver coin salvaged from the treasure ship Nuestra Seńora de la Concepción. On September 28, 1641, the Concepción, along with a fleet of 20 other ships, set sail from Veracruz, Mexico to Cadiz, Spain. The fleet soon encountered severe storms and was scattered, while the Concepción was badly damaged. On November 2, 1641, the hull of the Concepcion ran aground amidst the reefs now known as “Silver Shoals”, north of Hispańola, the present day Dominican Republic. Between the storm and the wreck itself leading to starvation, exposure, drowning, and sharks, over three hundred of the 500 passengers and crew aboard the Concepcion perished.
Attempts to find the wreck and recover her cargo of silver failed until William Phips discovered the Concepción in 1687 and salvaged 68,511 pounds of silver and some gold, which was believed to be about one-fourth of her cargo. Subsequent treasure hunters failed to uncover her remaining cargo until 1978, when Burt Webber succeeded in his second attempt to locate the wreckage of the Concepción. Appraisers valued the treasure recovered from the Concepción’s stern at about thirteen million dollars. As recently as 2009, Webber continued to search for Concepción’s remaining lost treasure.