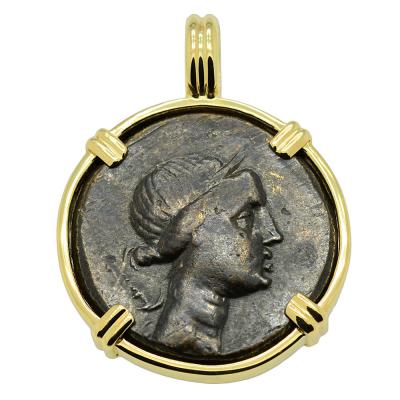 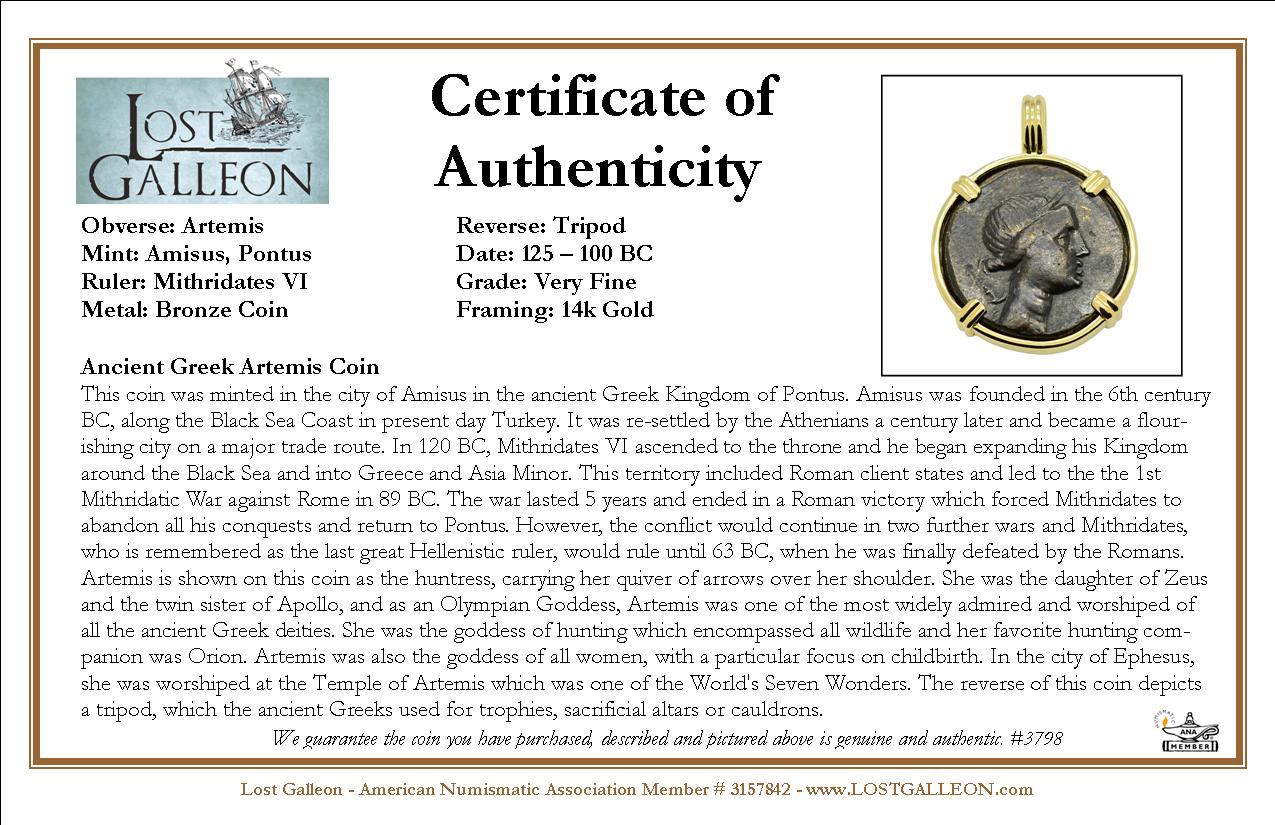 This coin was minted in the city of Amisus in the ancient Greek Kingdom of Pontus. Amisus was founded in the 6th century BC, along the Black Sea Coast in present day Turkey. It was re-settled by the Athenians a century later and became a flourishing city on a major trade route. In 120 BC, Mithridates VI ascended to the throne and he began expanding his Kingdom around the Black Sea and into Greece and Asia Minor. This territory included Roman client states and led to the the 1st Mithridatic War against Rome in 89 BC. The war lasted 5 years and ended in a Roman victory which forced Mithridates to abandon all his conquests and return to Pontus. However, the conflict would continue in two further wars and Mithridates, who is remembered as the last great Hellenistic ruler, would rule until 63 BC, when he was finally defeated by the Romans.
Artemis is shown on this coin as the huntress, carrying her quiver of arrows over her shoulder. She was the daughter of Zeus and the twin sister of Apollo, and as an Olympian Goddess, Artemis was one of the most widely admired and worshiped of all the ancient Greek deities. She was the goddess of hunting which encompassed all wildlife and her favorite hunting companion was Orion. Artemis was also the goddess of all women, with a particular focus on childbirth. In the city of Ephesus, she was worshiped at the Temple of Artemis which was one of the World's Seven Wonders. The reverse of this coin depicts a tripod, which the ancient Greeks used for trophies, sacrificial altars or cauldrons.