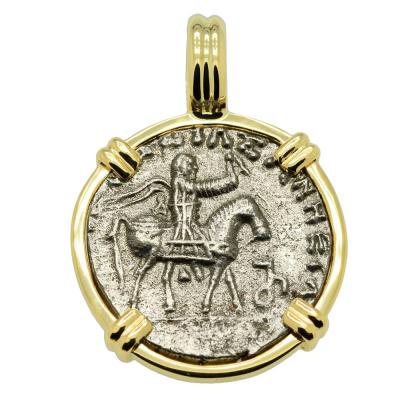 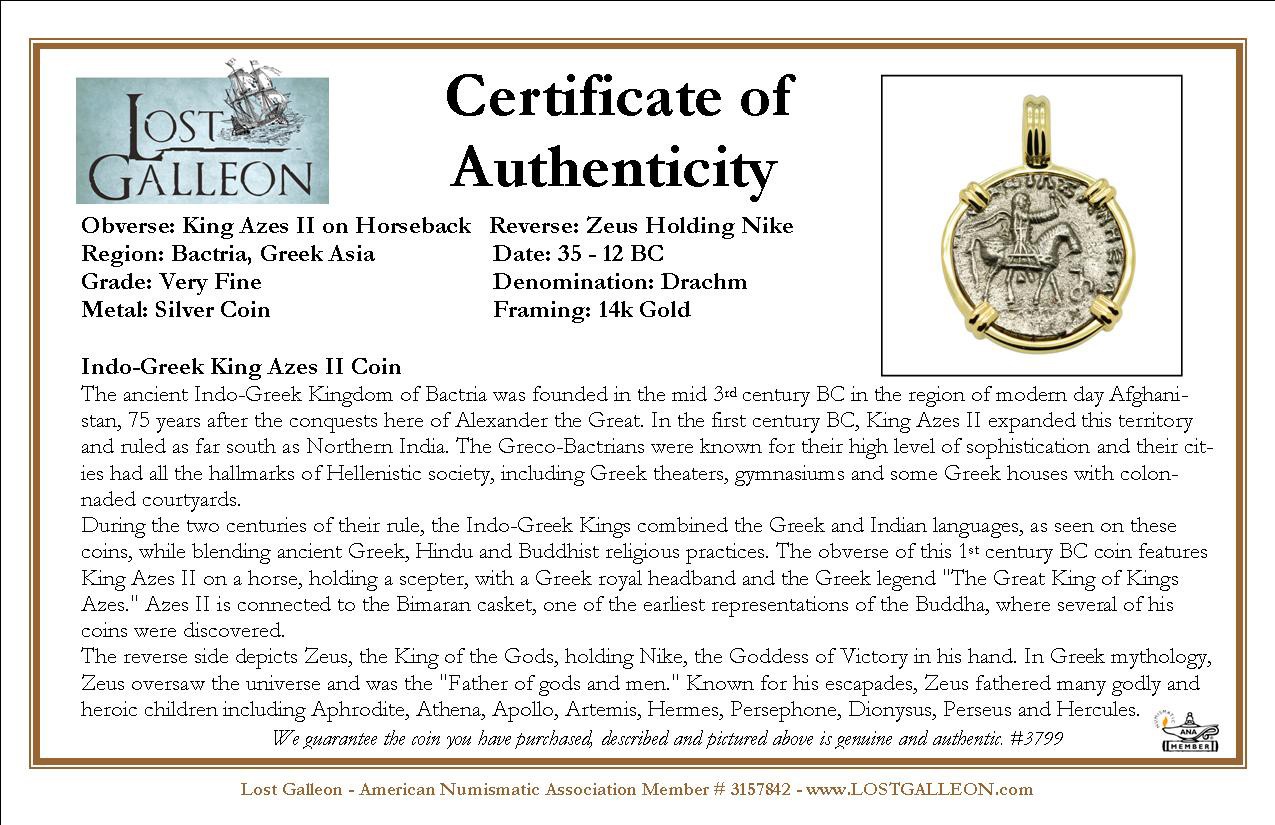 The ancient Indo-Greek Kingdom of Bactria was founded in the mid 3rd century BC in the region of modern day Afghanistan, 75 years after the conquests here of Alexander the Great. In the first century BC, King Azes II expanded this territory and ruled as far south as Northern India. The Greco-Bactrians were known for their high level of sophistication and their cities had all the hallmarks of Hellenistic society, including Greek theaters, gymnasiums and some Greek houses with colonnaded courtyards.
During the two centuries of their rule, the Indo-Greek Kings combined the Greek and Indian languages, as seen on these coins, while blending ancient Greek, Hindu and Buddhist religious practices. The obverse of this 1st century BC coin features King Azes II on a horse, holding a scepter, with a Greek royal headband and the Greek legend "The Great King of Kings Azes." Azes II is connected to the Bimaran casket, one of the earliest representations of the Buddha, where several of his coins were discovered.
The reverse side depicts Zeus, the King of the Gods, holding Nike, the Goddess of Victory in his hand. In Greek mythology, Zeus oversaw the universe and was the "Father of gods and men." Known for his escapades, Zeus fathered many godly and heroic children including Aphrodite, Athena, Apollo, Artemis, Hermes, Persephone, Dionysus, Perseus and Hercules.