She Wolf and Tyche Pendant 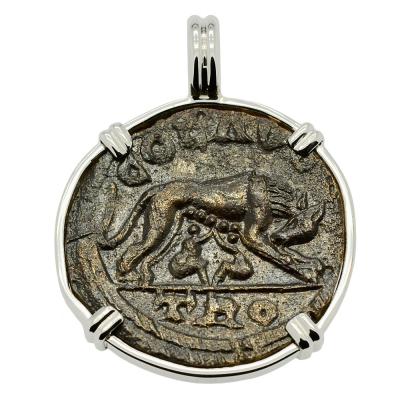 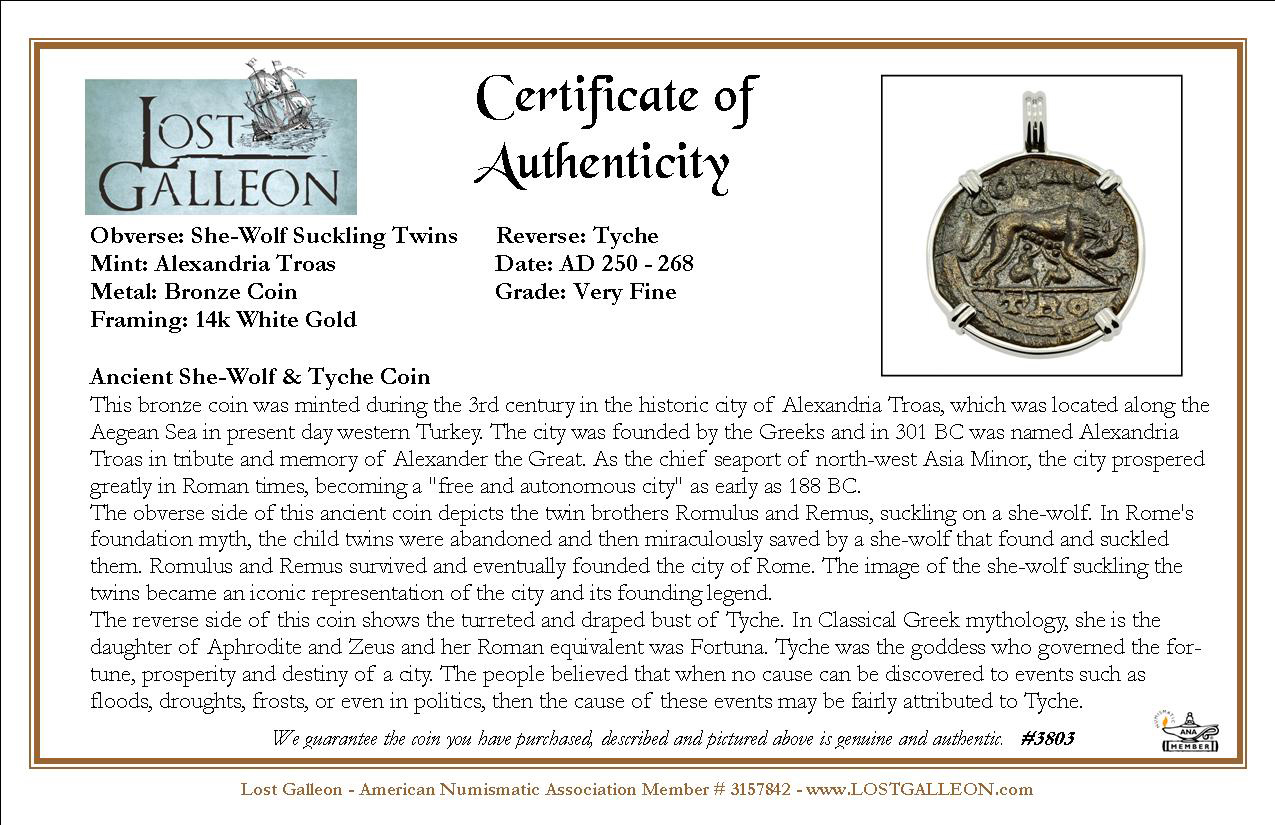 This bronze coin was minted during the 3rd century in the historic city of Alexandria Troas, which was located along the Aegean Sea in present day western Turkey. The city was founded by the Greeks and in 301 BC was named Alexandria Troas in tribute and memory of Alexander the Great. As the chief seaport of north-west Asia Minor, the city prospered greatly in Roman times, becoming a "free and autonomous city" as early as 188 BC.
The obverse side of this ancient coin depicts the twin brothers Romulus and Remus, suckling on a she-wolf. In Rome's foundation myth, the child twins were abandoned and then miraculously saved by a she-wolf that found and suckled them. Romulus and Remus survived and eventually founded the city of Rome. The image of the she-wolf suckling the twins became an iconic representation of the city and its founding legend.
The reverse side of this coin shows the turreted and draped bust of Tyche. In Classical Greek mythology, she is the daughter of Aphrodite and Zeus and her Roman equivalent was Fortuna. Tyche was the goddess who governed the fortune, prosperity and destiny of a city. The people believed that when no cause can be discovered to events such as floods, droughts, frosts, or even in politics, then the cause of these events may be fairly attributed to Tyche.