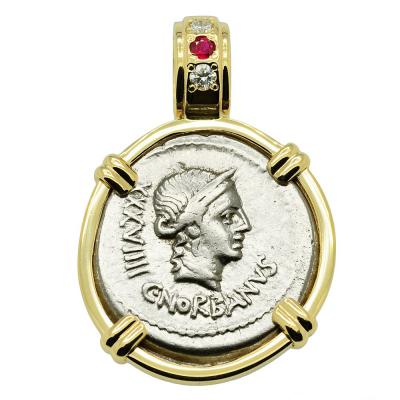 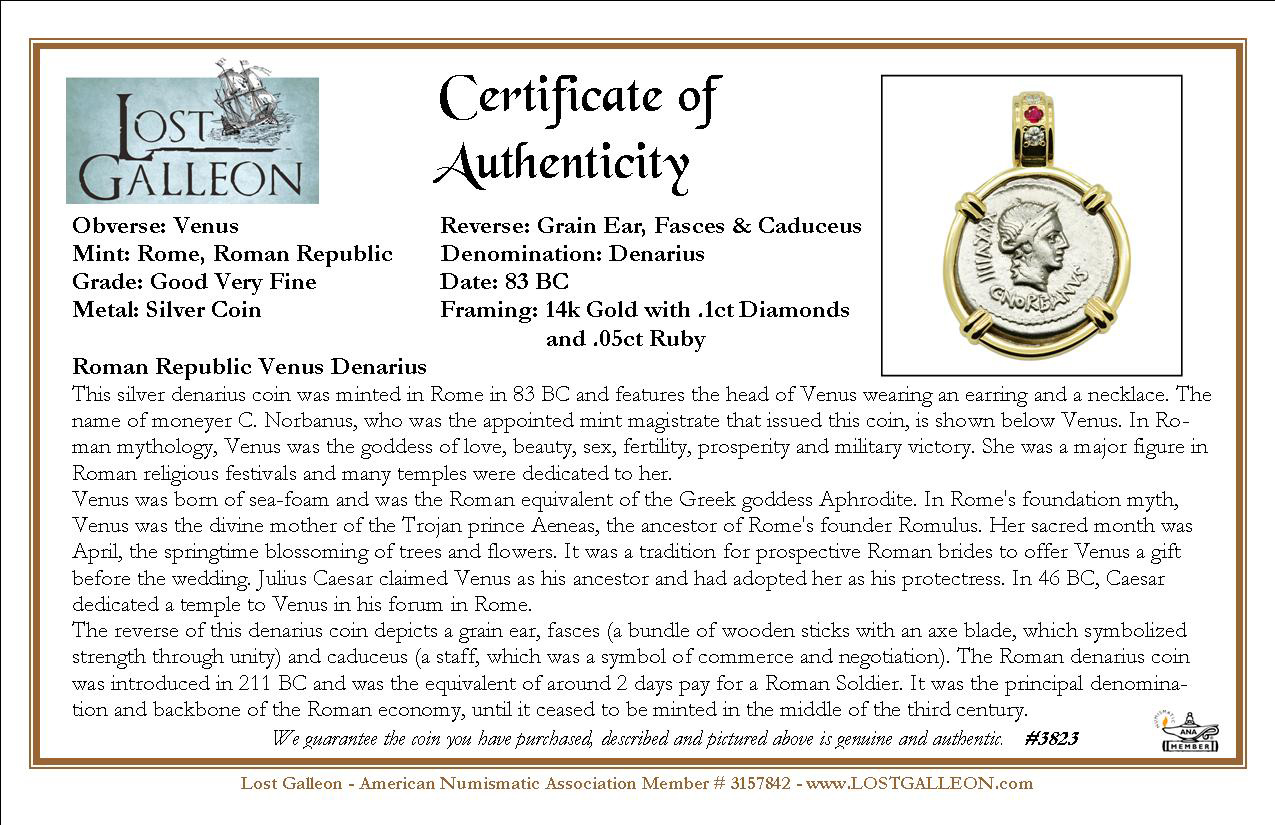 The obverse of this 83 BC hand struck coin, shows the head of Venus wearing a necklace. In Roman mythology, Venus was the Goddess of love, beauty, sex, fertility, prosperity and military victory. She was a major figure in Roman religious festivals and many temples were dedicated to her. Venus was born of sea-foam and was the Roman equivalent of the Greek Goddess Aphrodite. In Rome's foundation myth, Venus was the divine mother of the Trojan prince Aeneas, the ancestor of Rome's founder Romulus. Her sacred month was April, the springtime blossoming of trees and flowers. It was a tradition for prospective Roman brides to offer Venus a gift before the wedding. Julius Caesar claimed her as his ancestor and had adopted her as his protectress. In 46 BC, Caesar dedicated a temple to Venus in his forum in Rome.
The reverse of this coin depicts a grain ear, fasces (a bundle of wooden sticks with an axe blade, which symbolized strength through unity) and caduceus (a staff, which was a symbol of commerce and negotiation). The Moneyer (appointed mint magistrate that issued the coin) C. Norbanus, is prominently shown on the obverse of this coin. The Roman denarius coin was introduced in 211 BC and was the equivalent of around 2 days pay for a Roman Soldier. It was the principal denomination and backbone of the Roman economy, until it ceased to be minted in the middle of the third century.