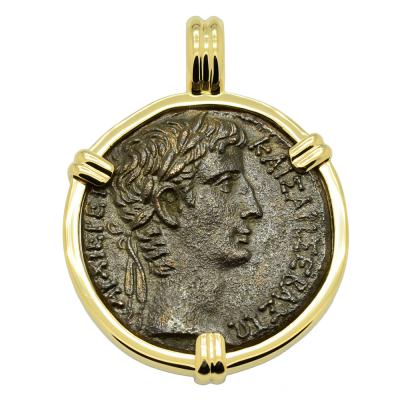 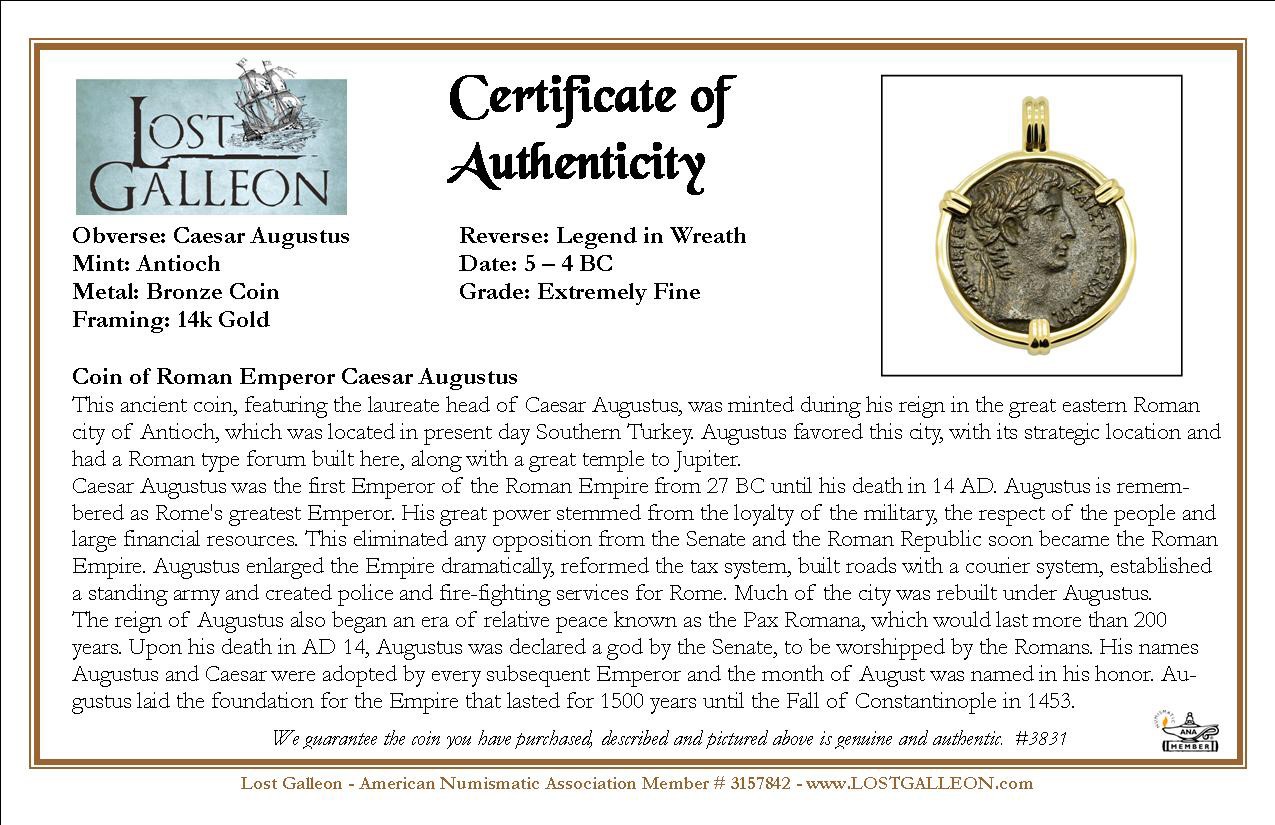 This ancient coin, featuring the laureate head of Caesar Augustus, was minted during his reign in the great eastern Roman city of Antioch, which was located in present day Southern Turkey. Augustus favored this city, with its strategic location and had a Roman type forum built here, along with a great temple to Jupiter.
Caesar Augustus was the first Emperor of the Roman Empire from 27 BC until his death in 14 AD. Augustus is remembered as Rome's greatest Emperor. His great power stemmed from the loyalty of the military, the respect of the people and large financial resources. This eliminated any opposition from the Senate and the Roman Republic soon became the Roman Empire. Augustus enlarged the Empire dramatically, reformed the tax system, built roads with a courier system, established a standing army and created police and fire-fighting services for Rome. Much of the city was rebuilt under Augustus.
The reign of Augustus also began an era of relative peace known as the Pax Romana, which would last more than 200 years. Upon his death in AD 14, Augustus was declared a god by the Senate, to be worshipped by the Romans. His names Augustus and Caesar were adopted by every subsequent Emperor and the month of August was named in his honor. Augustus laid the foundation for the Empire that lasted for 1500 years until the Fall of Constantinople in 1453.