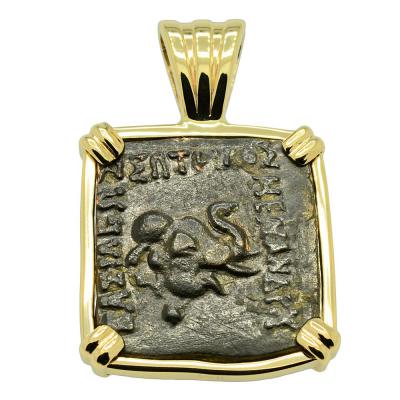 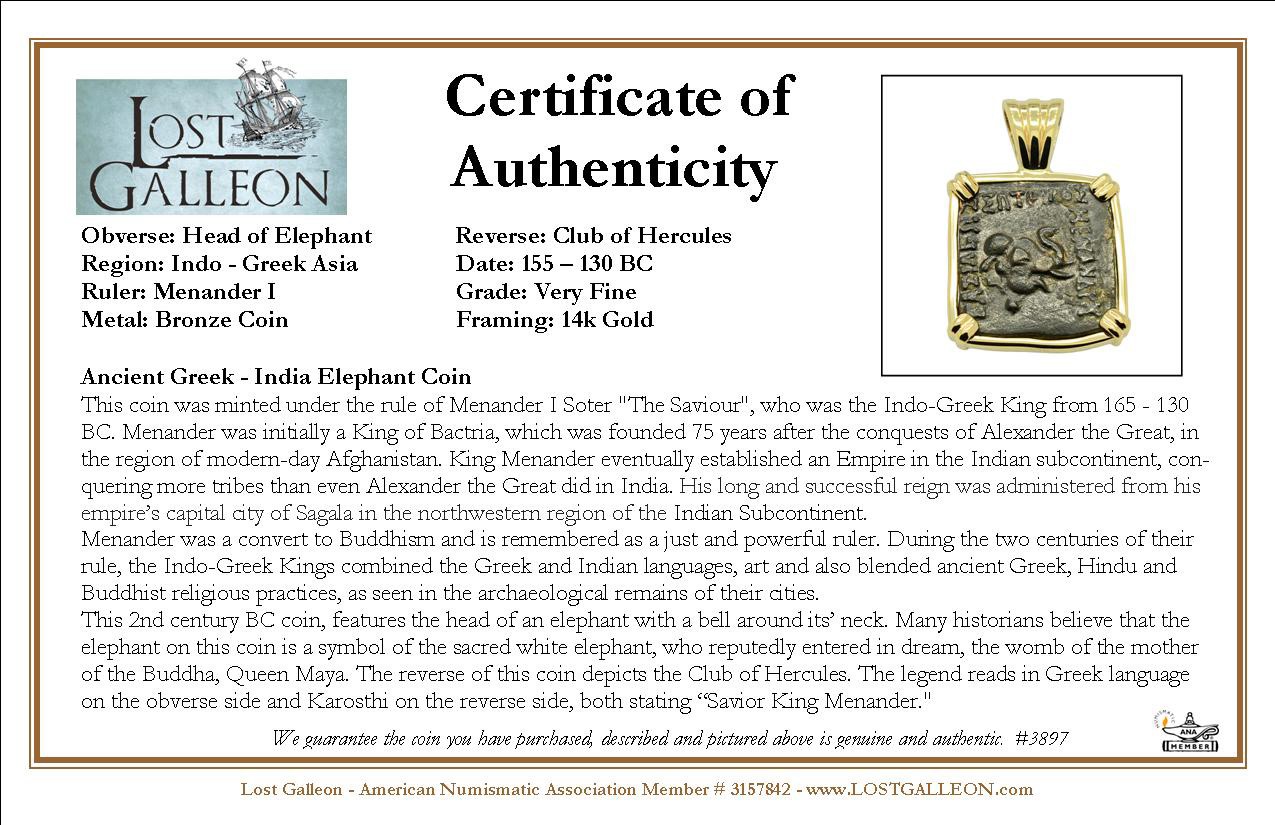 This coin was minted under the rule of Menander I Soter "The Saviour", who was the Indo-Greek King from 165 - 130 BC. Menander was initially a King of Bactria, which was founded 75 years after the conquests of Alexander the Great, in the region of modern-day Afghanistan. King Menander eventually established an Empire in the Indian subcontinent, conquering more tribes than even Alexander the Great did in India. His long and successful reign was administered from his empire’s capital city of Sagala in the northwestern region of the Indian Subcontinent.
Menander was a convert to Buddhism and is remembered as a just and powerful ruler. During the two centuries of their rule, the Indo-Greek Kings combined the Greek and Indian languages, art and also blended ancient Greek, Hindu and Buddhist religious practices, as seen in the archaeological remains of their cities.
This 2nd century BC coin, features the head of an elephant with a bell around its’ neck. Many historians believe that the elephant on this coin is a symbol of the sacred white elephant, who reputedly entered in dream, the womb of the mother of the Buddha, Queen Maya. The reverse of this coin depicts the Club of Hercules. The legend reads in Greek language on the obverse side and Karosthi on the reverse side, both stating “Savior King Menander."