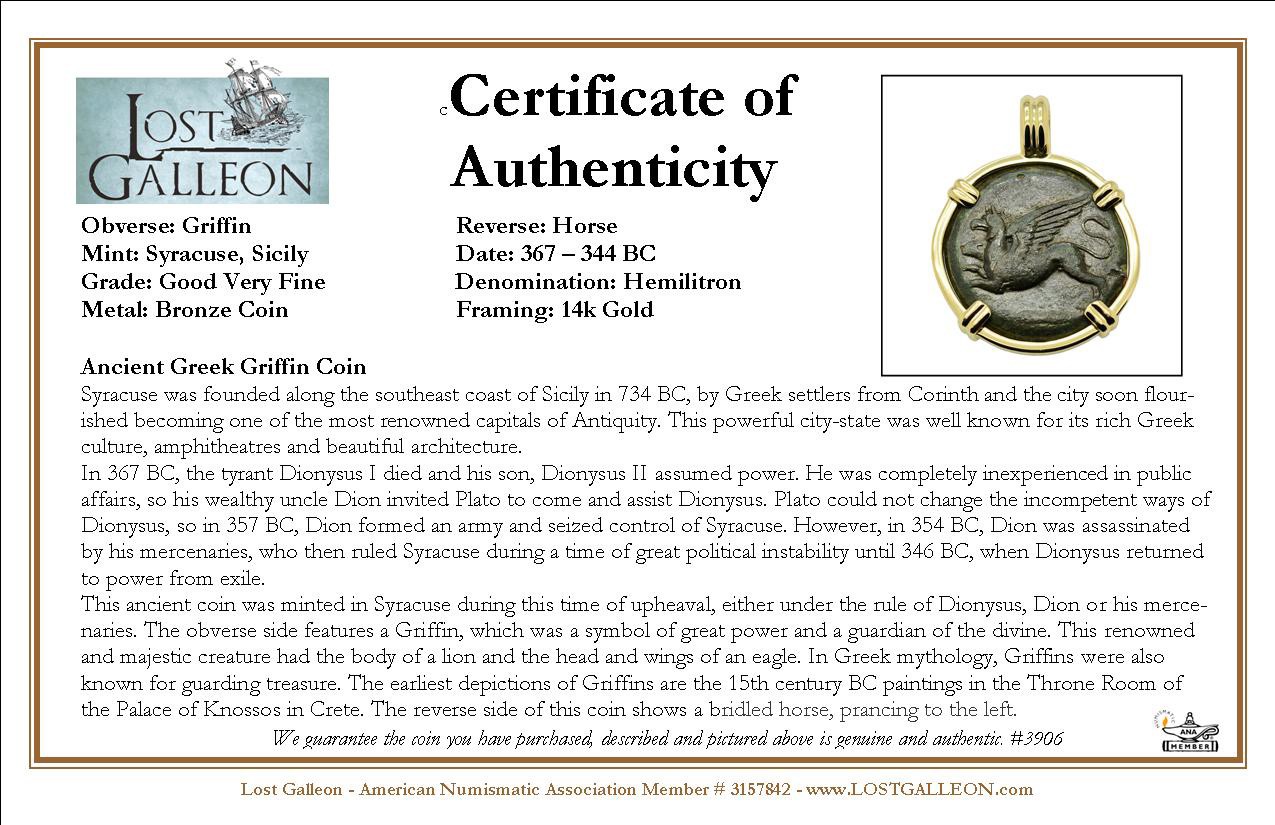 Syracuse was founded along the southeast coast of Sicily in 734 BC, by Greek settlers from Corinth and the city soon flourished becoming one of the most renowned capitals of Antiquity. This powerful city-state was well known for its rich Greek culture, amphitheatres and beautiful architecture.
In 367 BC, the tyrant Dionysus I died and his son, Dionysus II assumed power. He was completely inexperienced in public affairs, so his wealthy uncle Dion invited Plato to come and assist Dionysus. Plato could not change the incompetent ways of Dionysus, so in 357 BC, Dion formed an army and seized control of Syracuse. However, in 354 BC, Dion was assassinated by his mercenaries, who then ruled Syracuse during a time of great political instability until 346 BC, when Dionysus returned to power from exile.
This ancient coin was minted in Syracuse during this time of upheaval, either under the rule of Dionysus, Dion or his mercenaries. The obverse side features a Griffin, which was a symbol of great power and a guardian of the divine. This renowned and majestic creature had the body of a lion and the head and wings of an eagle. In Greek mythology, Griffins were also known for guarding treasure. The earliest depictions of Griffins are the 15th century BC paintings in the Throne Room of the Palace of Knossos in Crete. The reverse side of this coin shows a bridled horse, prancing to the left.