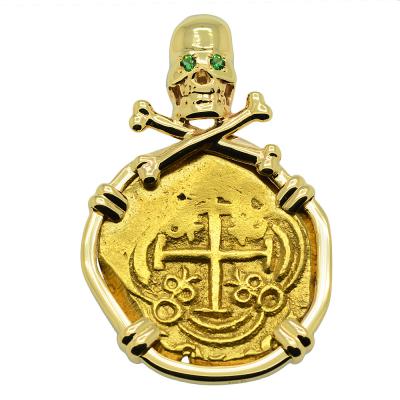 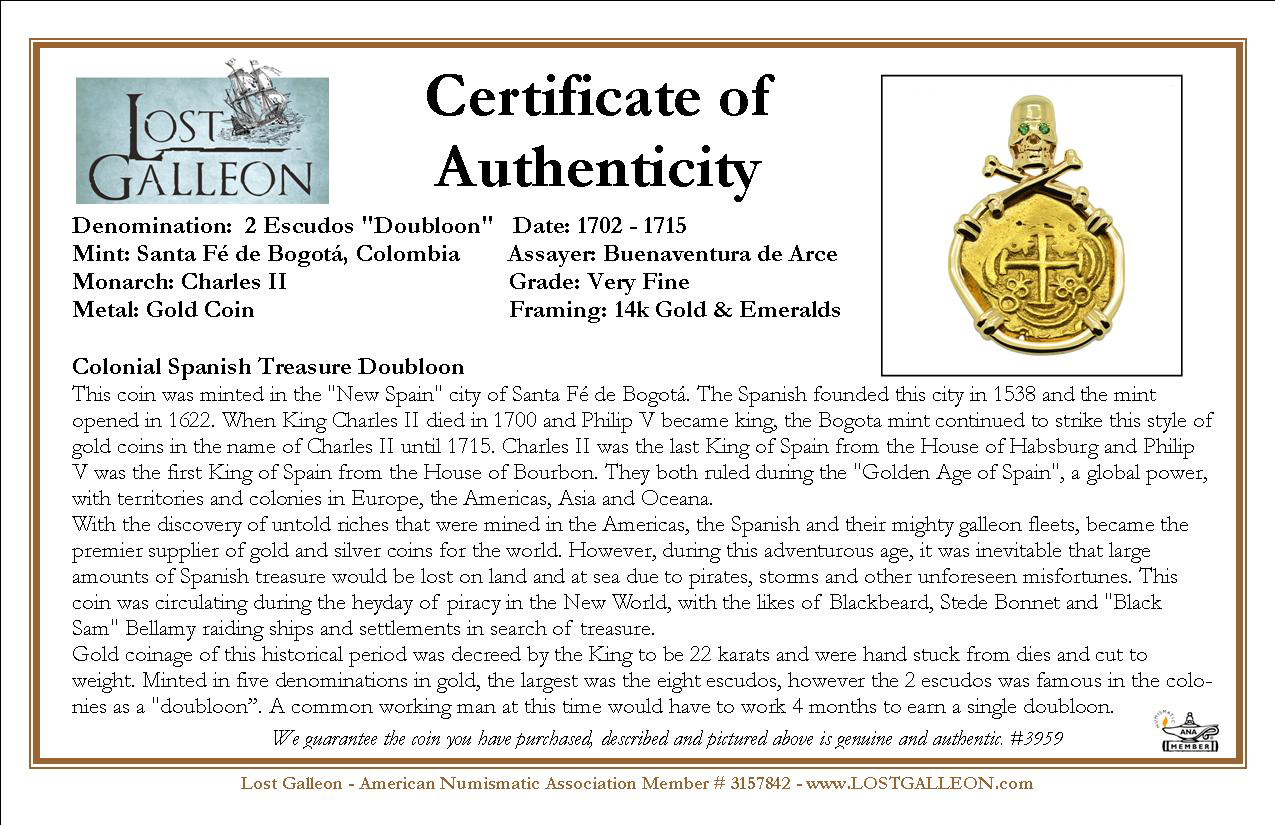 This coin was minted in the "New Spain" city of Santa Fť de BogotŠ. The Spanish founded this city in 1538 and the mint opened in 1622. When King Charles II died in 1700 and Philip V became king, the Bogota mint continued to strike this style of gold coins in the name of Charles II until 1715. Charles II was the last King of Spain from the House of Habsburg and Philip V was the first King of Spain from the House of Bourbon. They both ruled during the "Golden Age of Spain", a global power, with territories and colonies in Europe, the Americas, Asia and Oceana.
With the discovery of untold riches that were mined in the Americas, the Spanish and their mighty galleon fleets, became the premier supplier of gold and silver coins for the world. However, during this adventurous age, it was inevitable that large amounts of Spanish treasure would be lost on land and at sea due to pirates, storms and other unforeseen misfortunes. This coin was circulating during the heyday of piracy in the New World, with the likes of Blackbeard, Stede Bonnet and "Black Sam" Bellamy raiding ships and settlements in search of treasure.
Gold coinage of this historical period was decreed by the King to be 22 karats and were hand stuck from dies and cut to weight. Minted in five denominations in gold, the largest was the eight escudos, however the 2 escudos was famous in the colonies as a "doubloonĒ. A common working man at this time would have to work 4 months to earn a single doubloon.