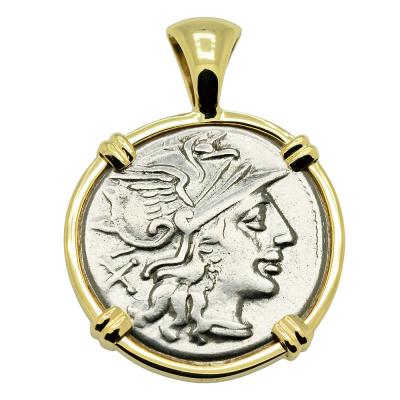 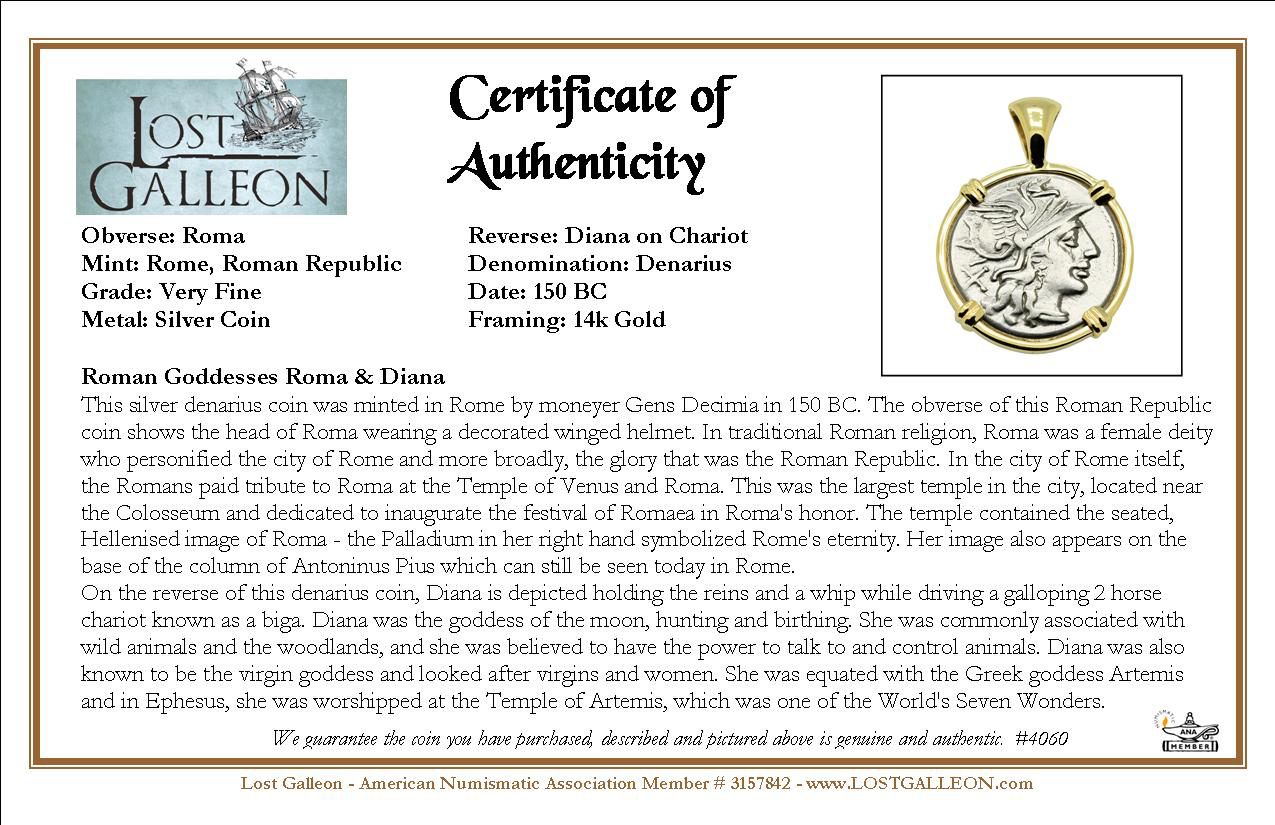 This silver denarius coin was minted in Rome by moneyer Gens Decimia in 150 BC. The obverse of this Roman Republic coin shows the head of Roma wearing a decorated winged helmet. In traditional Roman religion, Roma was a female deity who personified the city of Rome and more broadly, the glory that was the Roman Republic. In the city of Rome itself, the Romans paid tribute to Roma at the Temple of Venus and Roma. This was the largest temple in the city, located near the Colosseum and dedicated to inaugurate the festival of Romaea in Roma's honor. The temple contained the seated, Hellenised image of Roma - the Palladium in her right hand symbolized Rome's eternity. Her image also appears on the base of the column of Antoninus Pius which can still be seen today in Rome.
On the reverse of this denarius coin, Diana is depicted holding the reins and a whip while driving a galloping 2 horse chariot known as a biga. Diana was the goddess of the moon, hunting and birthing. She was commonly associated with wild animals and the woodlands, and she was believed to have the power to talk to and control animals. Diana was also known to be the virgin goddess and looked after virgins and women. She was equated with the Greek goddess Artemis and in Ephesus, she was worshipped at the Temple of Artemis, which was one of the World's Seven Wonders.