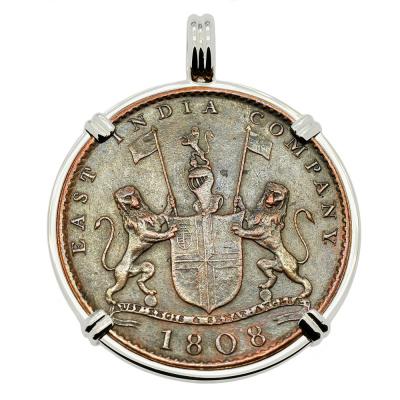 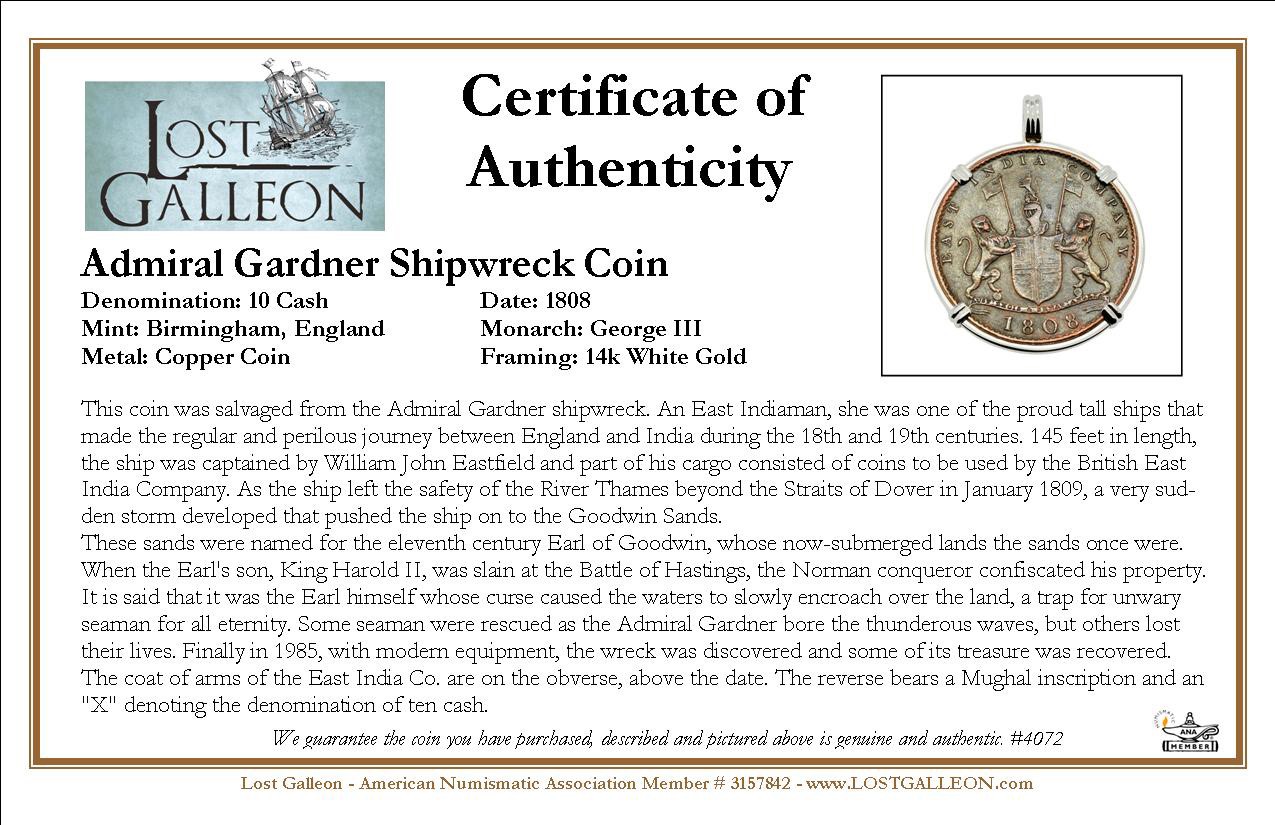 This coin was salvaged from the Admiral Gardner shipwreck. An East Indiaman, she was one of the proud tall ships that made the regular and perilous journey between England and India during the 18th and 19th centuries. 145 feet in length, the ship was captained by William John Eastfield and part of his cargo consisted of coins to be used by the British East India Company. As the ship left the safety of the River Thames beyond the Straits of Dover in January 1809, a very sudden storm developed that pushed the ship on to the Goodwin Sands.
These sands were named for the eleventh century Earl of Goodwin, whose now-submerged lands the sands once were. When the Earl's son, King Harold II, was slain at the Battle of Hastings, the Norman conqueror confiscated his property. It is said that it was the Earl himself whose curse caused the waters to slowly encroach over the land, a trap for unwary seaman for all eternity. Some seaman were rescued as the Admiral Gardner bore the thunderous waves, but others lost their lives. Finally in 1985, with modern equipment, the wreck was discovered and some of its treasure was recovered. The coat of arms of the East India Co. are on the obverse, above the date. The reverse bears a Mughal inscription and an "X" denoting the denomination of ten cash.