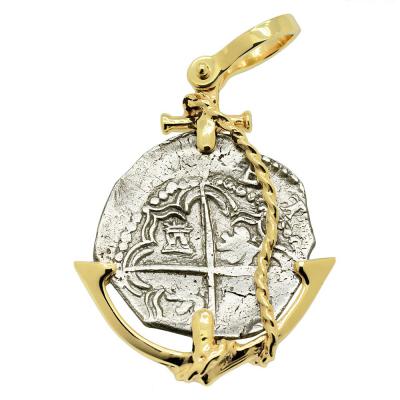 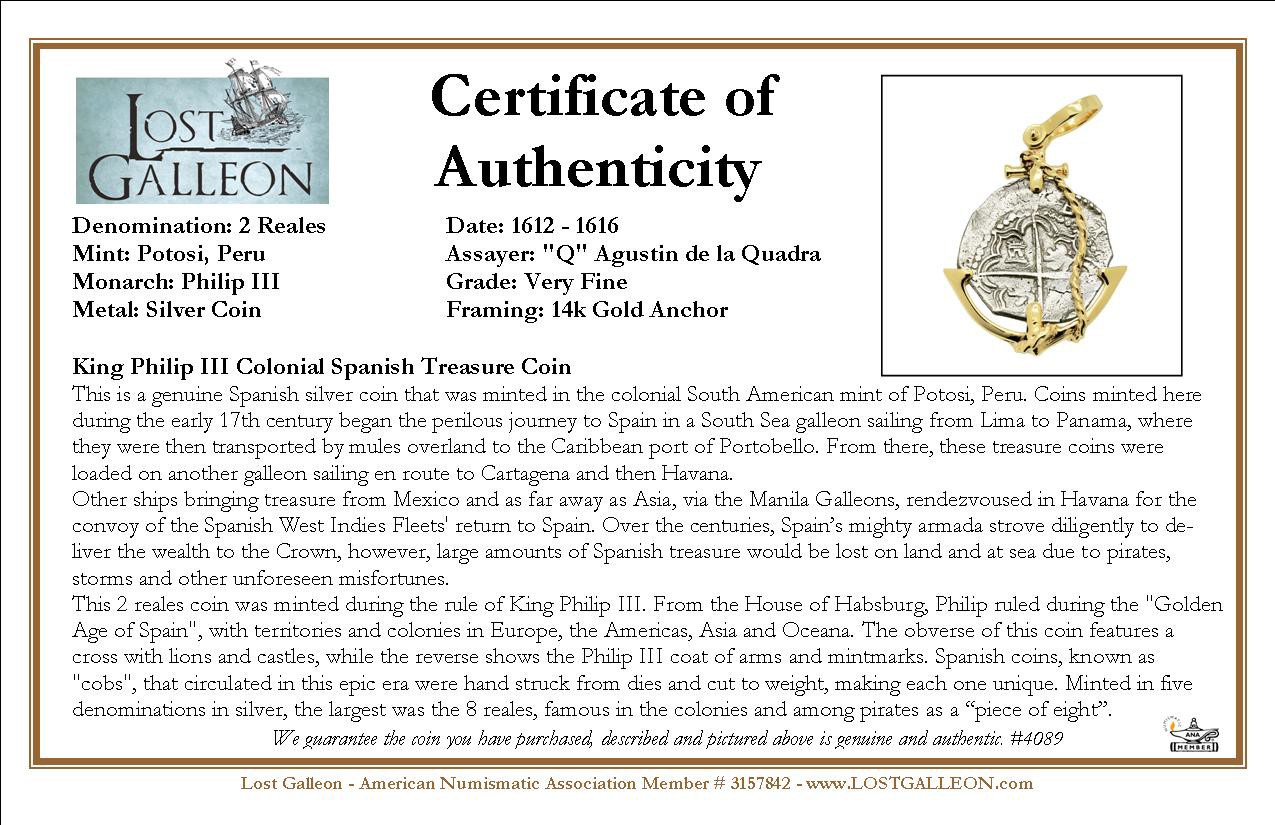 This is a genuine Spanish silver coin that was minted in the colonial South American mint of Potosi, Peru. Coins minted here during the early 17th century began the perilous journey to Spain in a South Sea galleon sailing from Lima to Panama, where they were then transported by mules overland to the Caribbean port of Portobello. From there, these treasure coins were loaded on another galleon sailing en route to Cartagena and then Havana.
Other ships bringing treasure from Mexico and as far away as Asia, via the Manila Galleons, rendezvoused in Havana for the convoy of the Spanish West Indies Fleets' return to Spain. Over the centuries, Spain’s mighty armada strove diligently to deliver the wealth to the Crown, however, large amounts of Spanish treasure would be lost on land and at sea due to pirates, storms and other unforeseen misfortunes.
This 2 reales coin was minted during the rule of King Philip III. From the House of Habsburg, Philip ruled during the "Golden Age of Spain", with territories and colonies in Europe, the Americas, Asia and Oceana. The obverse of this coin features a cross with lions and castles, while the reverse shows the Philip III coat of arms and mintmarks. Spanish coins, known as "cobs", that circulated in this epic era were hand struck from dies and cut to weight, making each one unique. Minted in five denominations in silver, the largest was the 8 reales, famous in the colonies and among pirates as a “piece of eight”.