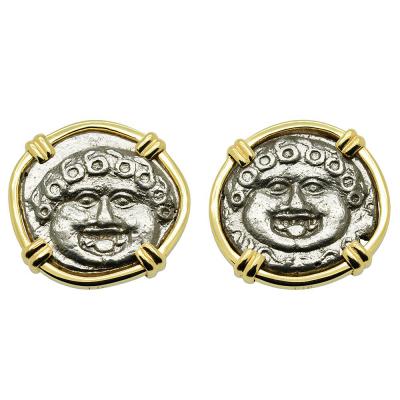 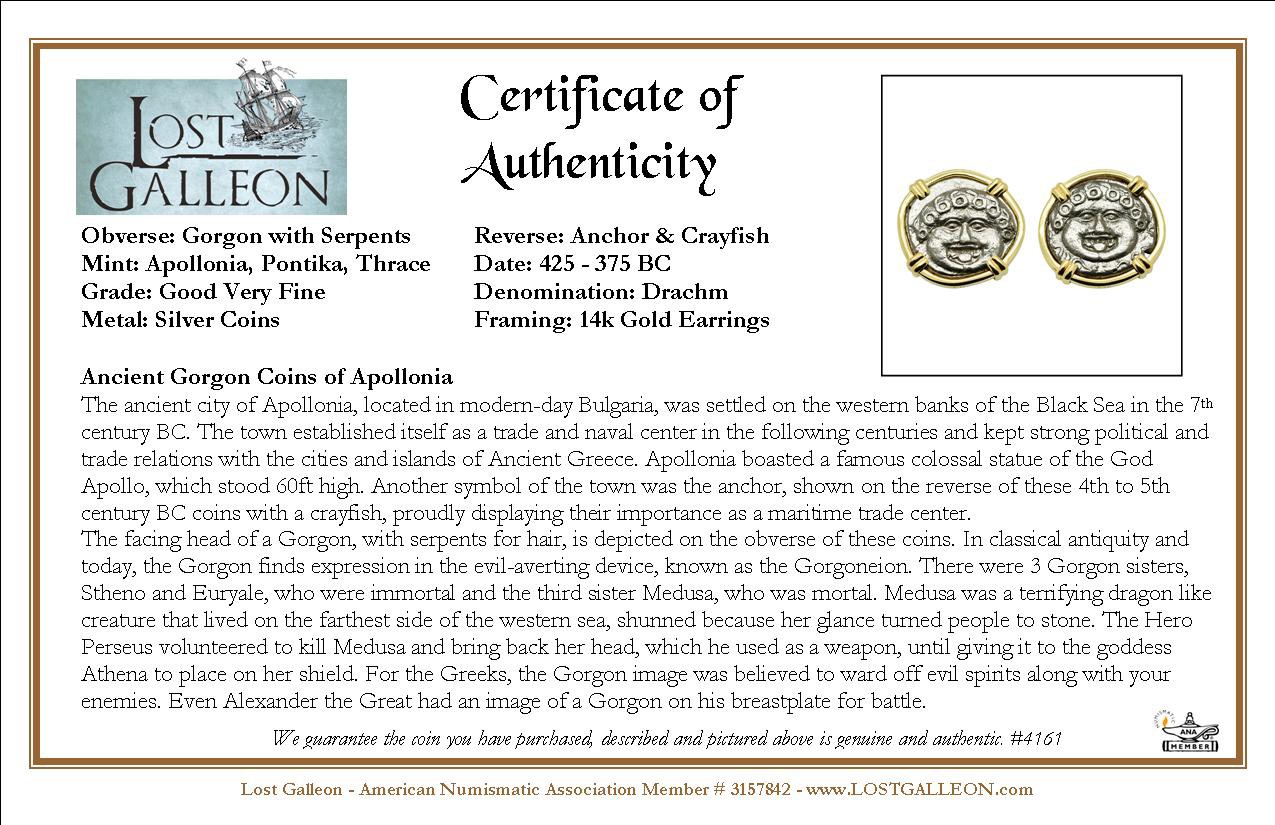 The ancient city of Apollonia, located in modern-day Bulgaria, was settled on the western banks of the Black Sea in the 7th century BC. The town established itself as a trade and naval center in the following centuries and kept strong political and trade relations with the cities and islands of Ancient Greece. Apollonia boasted a famous colossal statue of the God Apollo, which stood 60ft high. Another symbol of the town was the anchor, shown on the reverse of these 4th to 5th century BC coins with a crayfish, proudly displaying their importance as a maritime trade center.
The facing head of a Gorgon, with serpents for hair, is depicted on the obverse of these coins. In classical antiquity and today, the Gorgon finds expression in the evil-averting device, known as the Gorgoneion. There were 3 Gorgon sisters, Stheno and Euryale, who were immortal and the third sister Medusa, who was mortal. Medusa was a terrifying dragon like creature that lived on the farthest side of the western sea, shunned because her glance turned people to stone. The Hero Perseus volunteered to kill Medusa and bring back her head, which he used as a weapon, until giving it to the goddess Athena to place on her shield. For the Greeks, the Gorgon image was believed to ward off evil spirits along with your enemies. Even Alexander the Great had an image of a Gorgon on his breastplate for battle.