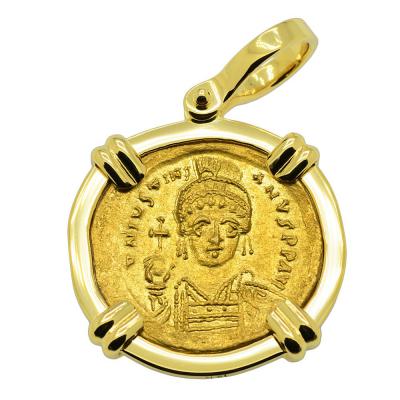 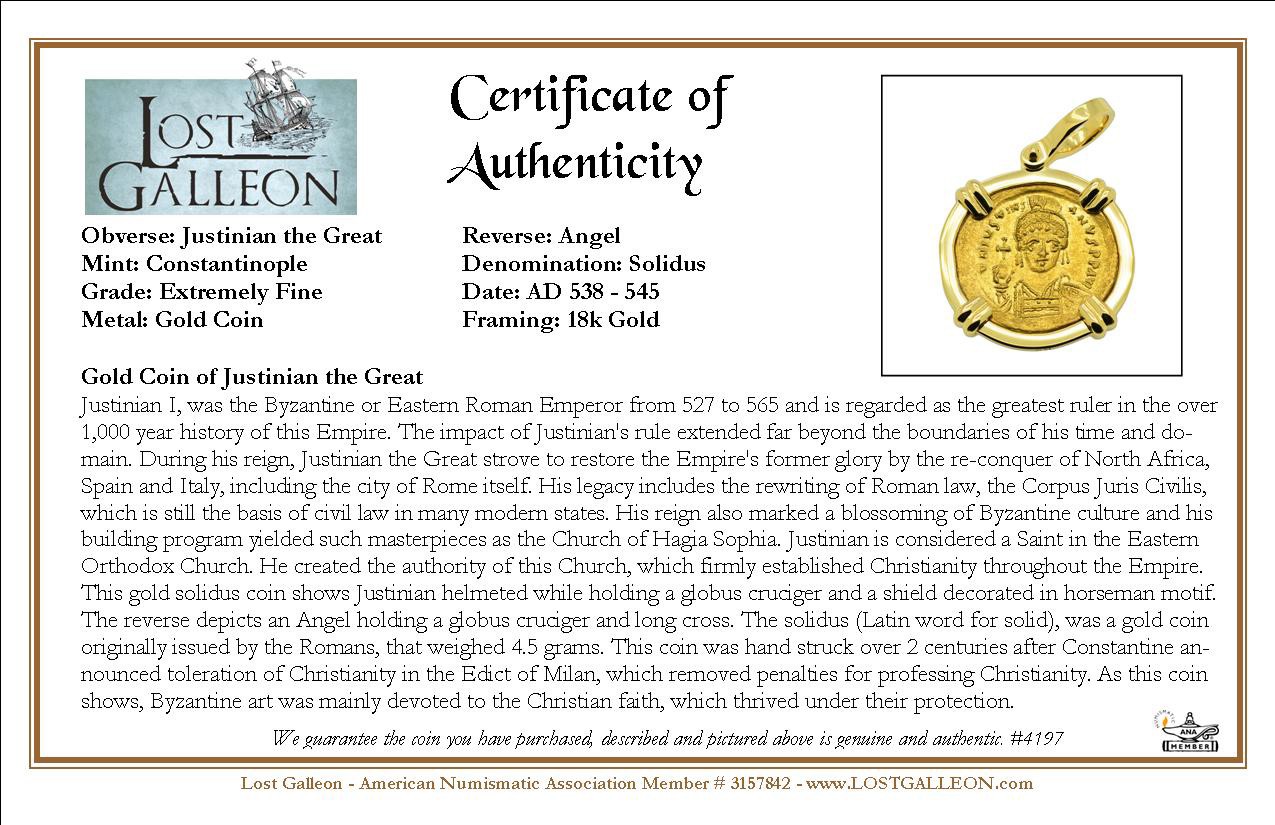 Justinian I, was the Byzantine or Eastern Roman Emperor from 527 to 565 and is regarded as the greatest ruler in the over 1,000 year history of this Empire. The impact of Justinian's rule extended far beyond the boundaries of his time and domain. During his reign, Justinian the Great strove to restore the Empire's former glory by the re-conquer of North Africa, Spain and Italy, including the city of Rome itself. His legacy includes the rewriting of Roman law, the Corpus Juris Civilis, which is still the basis of civil law in many modern states. His reign also marked a blossoming of Byzantine culture and his building program yielded such masterpieces as the Church of Hagia Sophia. Justinian is considered a Saint in the Eastern Orthodox Church. He created the authority of this Church, which firmly established Christianity throughout the Empire.
This gold solidus coin shows Justinian helmeted while holding a globus cruciger and a shield decorated in horseman motif. The reverse depicts an Angel holding a globus cruciger and long cross. The solidus (Latin word for solid), was a gold coin originally issued by the Romans, that weighed 4.5 grams. This coin was hand struck over 2 centuries after Constantine announced toleration of Christianity in the Edict of Milan, which removed penalties for professing Christianity. As this coin shows, Byzantine art was mainly devoted to the Christian faith, which thrived under their protection.