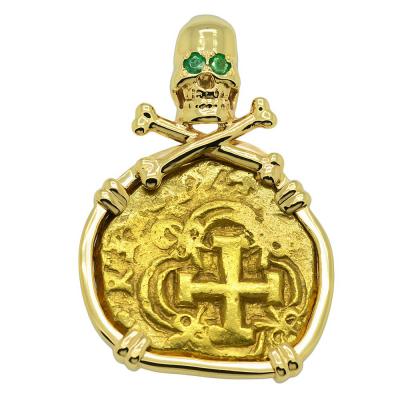 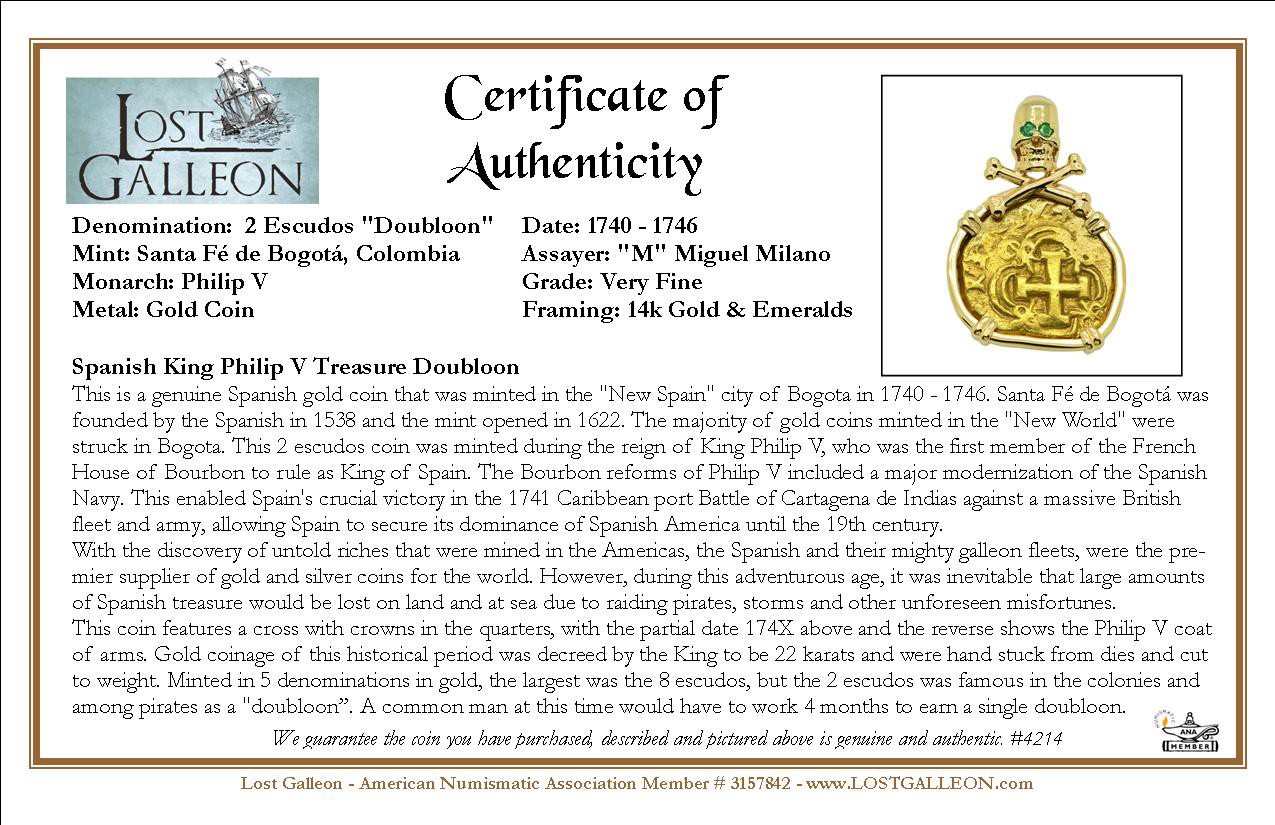 This is a genuine Spanish gold coin that was minted in the "New Spain" city of Bogota in 1740 - 1746. Santa Fť de BogotŠ was founded by the Spanish in 1538 and the mint opened in 1622. The majority of gold coins minted in the "New World" were struck in Bogota. This 2 escudos coin was minted during the reign of King Philip V, who was the first member of the French House of Bourbon to rule as King of Spain. The Bourbon reforms of Philip V included a major modernization of the Spanish Navy. This enabled Spain's crucial victory in the 1741 Caribbean port Battle of Cartagena de Indias against a massive British fleet and army, allowing Spain to secure its dominance of Spanish America until the 19th century.
With the discovery of untold riches that were mined in the Americas, the Spanish and their mighty galleon fleets, were the premier supplier of gold and silver coins for the world. However, during this adventurous age, it was inevitable that large amounts of Spanish treasure would be lost on land and at sea due to raiding pirates, storms and other unforeseen misfortunes.
This coin features a cross with crowns in the quarters, with the partial date 174X above and the reverse shows the Philip V coat of arms. Gold coinage of this historical period was decreed by the King to be 22 karats and were hand stuck from dies and cut to weight. Minted in 5 denominations in gold, the largest was the 8 escudos, but the 2 escudos was famous in the colonies and among pirates as a "doubloonĒ. A common man at this time would have to work 4 months to earn a single doubloon.