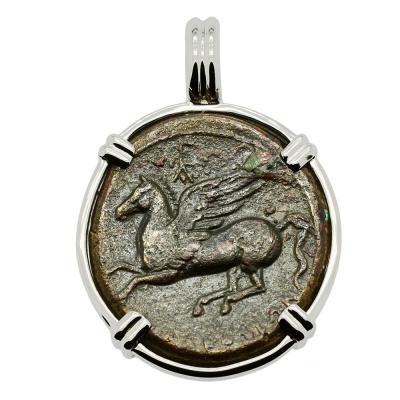 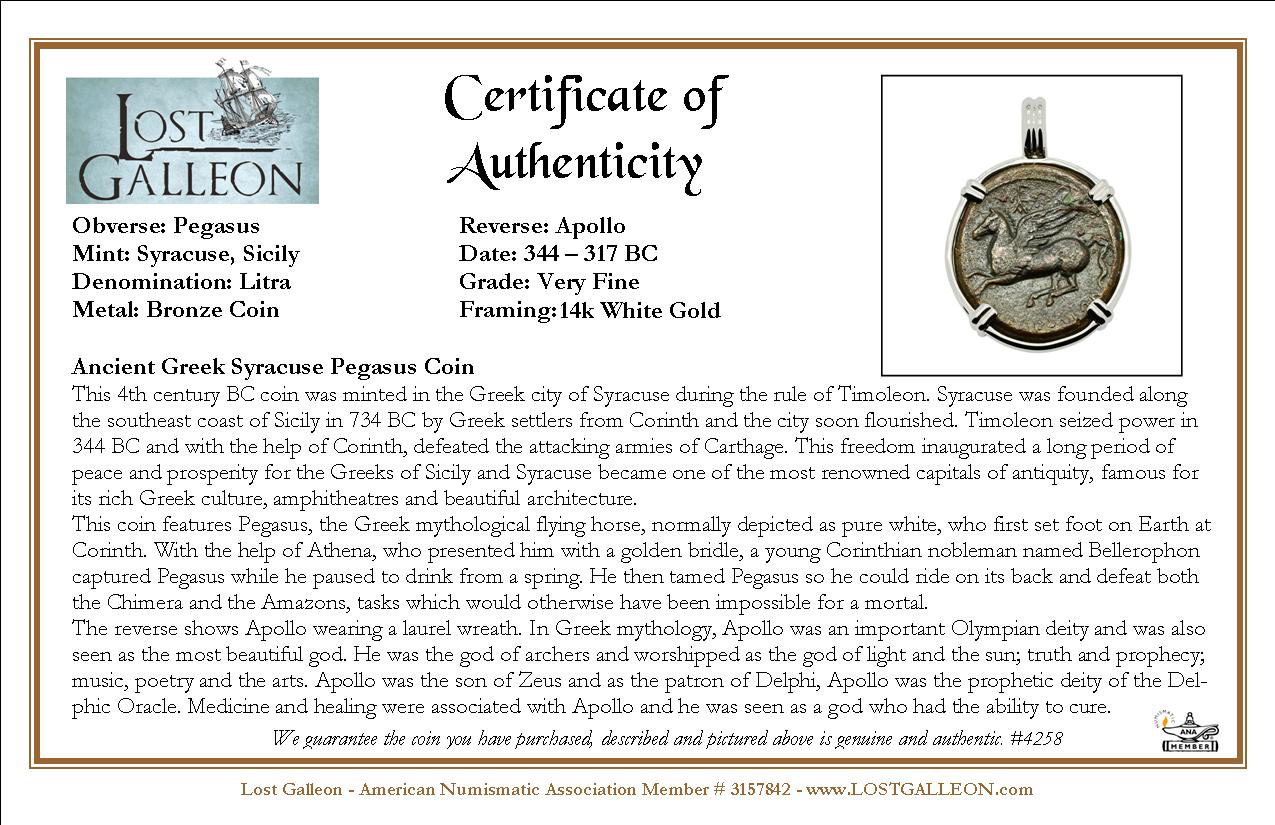 This 4th century BC coin was minted in the Greek city of Syracuse during the rule of Timoleon. Syracuse was founded along the southeast coast of Sicily in 734 BC by Greek settlers from Corinth and the city soon flourished. Timoleon seized power in 344 BC and with the help of Corinth, defeated the attacking armies of Carthage. This freedom inaugurated a long period of peace and prosperity for the Greeks of Sicily and Syracuse became one of the most renowned capitals of antiquity, famous for its rich Greek culture, amphitheatres and beautiful architecture.
This coin features Pegasus, the Greek mythological flying horse, normally depicted as pure white, who first set foot on Earth at Corinth. With the help of Athena, who presented him with a golden bridle, a young Corinthian nobleman named Bellerophon captured Pegasus while he paused to drink from a spring. He then tamed Pegasus so he could ride on its back and defeat both the Chimera and the Amazons, tasks which would otherwise have been impossible for a mortal.
The reverse shows Apollo wearing a laurel wreath. In Greek mythology, Apollo was an important Olympian deity and was also seen as the most beautiful god. He was the god of archers and worshipped as the god of light and the sun; truth and prophecy; music, poetry and the arts. Apollo was the son of Zeus and as the patron of Delphi, Apollo was the prophetic deity of the Delphic Oracle. Medicine and healing were associated with Apollo and he was seen as a god who had the ability to cure.