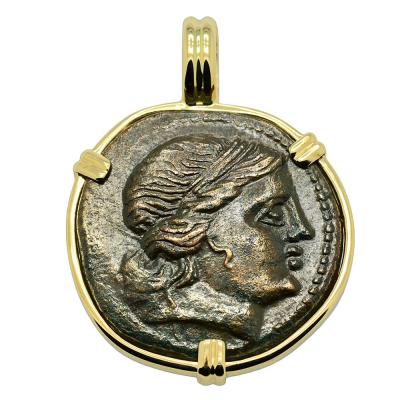 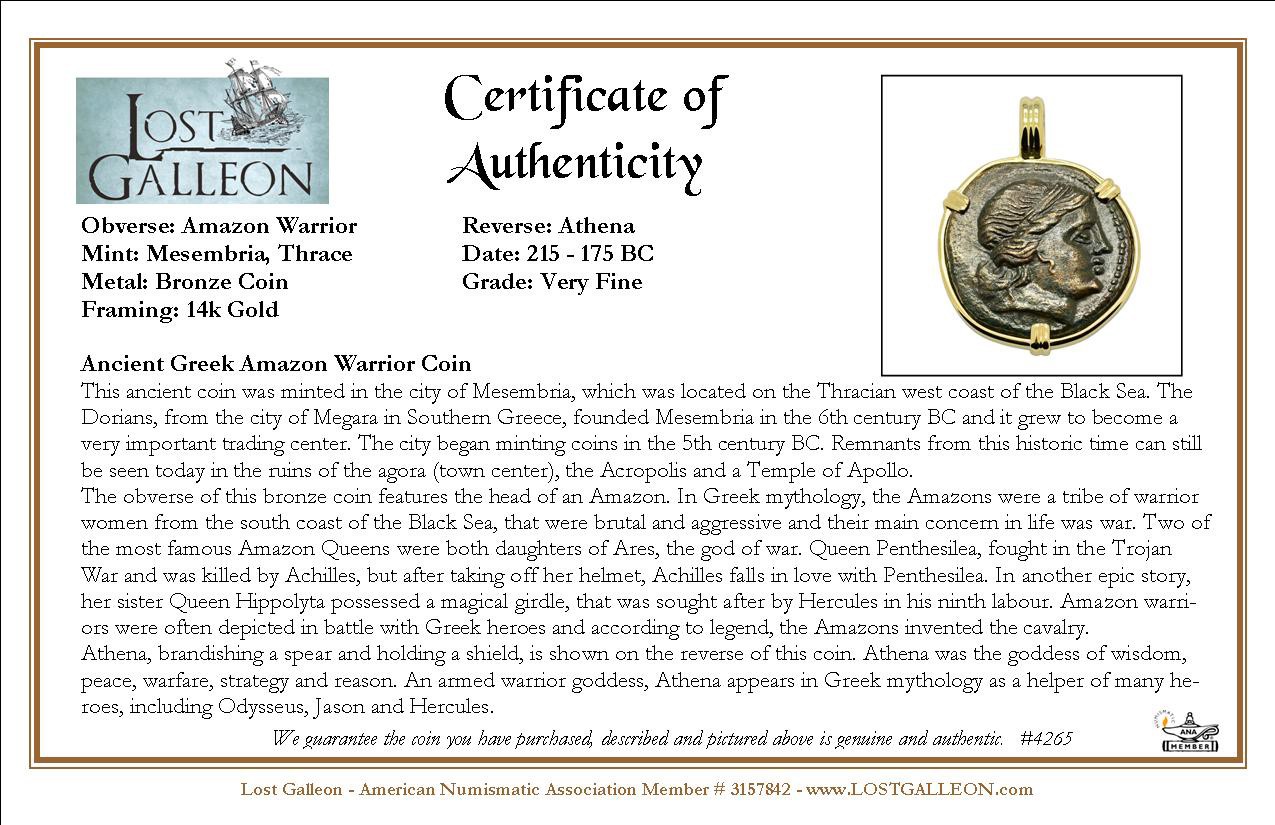 This ancient coin was minted in the city of Mesembria, which was located on the Thracian west coast of the Black Sea. The Dorians, from the city of Megara in Southern Greece, founded Mesembria in the 6th century BC and it grew to become a very important trading center. The city began minting coins in the 5th century BC. Remnants from this historic time can still be seen today in the ruins of the agora (town center), the Acropolis and a Temple of Apollo.
The obverse of this bronze coin features the head of an Amazon. In Greek mythology, the Amazons were a tribe of warrior women from the south coast of the Black Sea, that were brutal and aggressive and their main concern in life was war. Two of the most famous Amazon Queens were both daughters of Ares, the god of war. Queen Penthesilea, fought in the Trojan War and was killed by Achilles, but after taking off her helmet, Achilles falls in love with Penthesilea. In another epic story, her sister Queen Hippolyta possessed a magical girdle, that was sought after by Hercules in his ninth labour. Amazon warriors were often depicted in battle with Greek heroes and according to legend, the Amazons invented the cavalry.
Athena, brandishing a spear and holding a shield, is shown on the reverse of this coin. Athena was the goddess of wisdom, peace, warfare, strategy and reason. An armed warrior goddess, Athena appears in Greek mythology as a helper of many heroes, including Odysseus, Jason and Hercules.