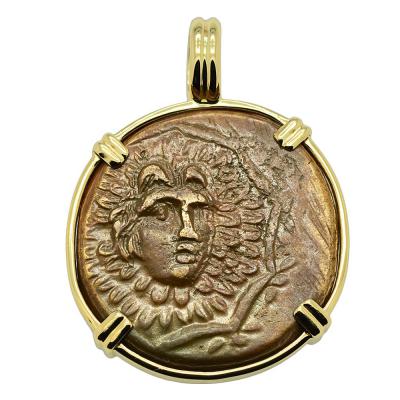 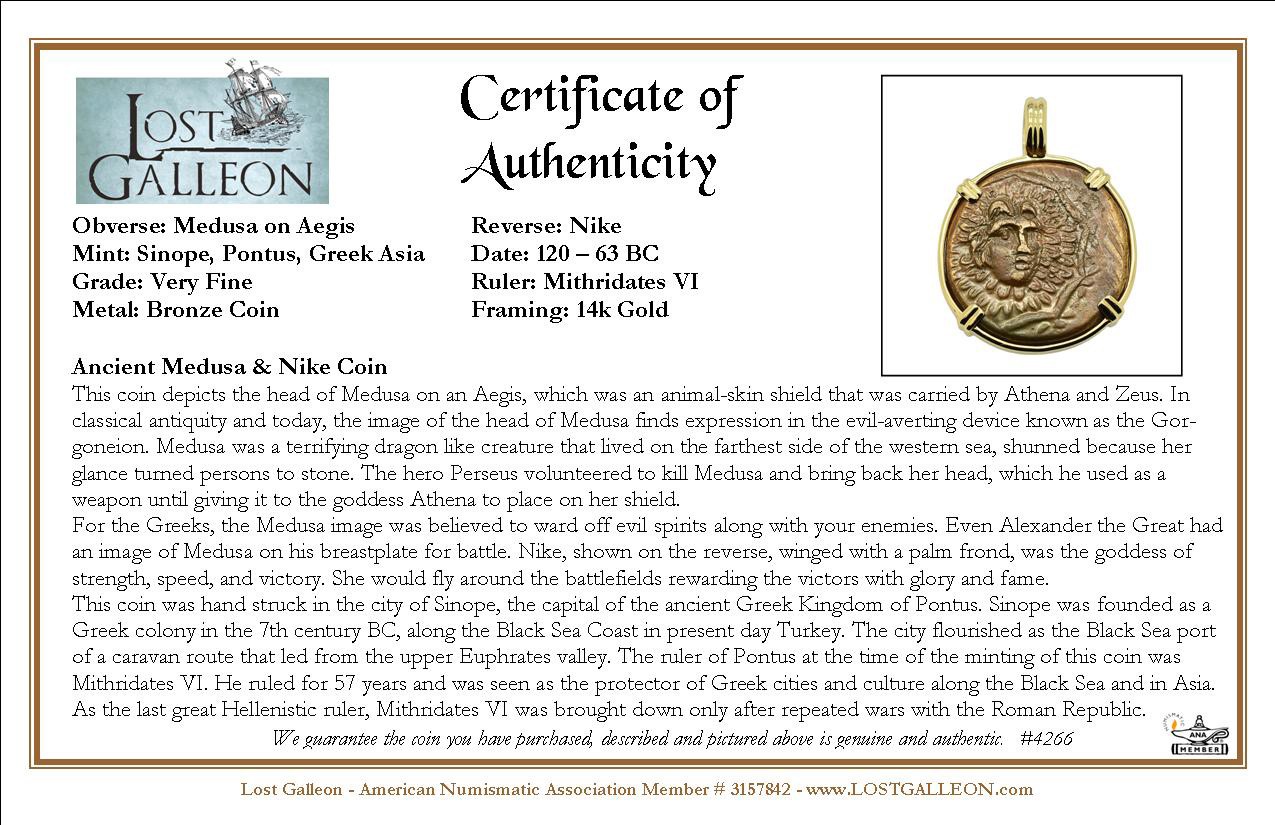 This coin depicts the head of Medusa on an Aegis, which was an animal-skin shield that was carried by Athena and Zeus. In classical antiquity and today, the image of the head of Medusa finds expression in the evil-averting device known as the Gorgoneion. Medusa was a terrifying dragon like creature that lived on the farthest side of the western sea, shunned because her glance turned persons to stone. The hero Perseus volunteered to kill Medusa and bring back her head, which he used as a weapon until giving it to the goddess Athena to place on her shield.
For the Greeks, the Medusa image was believed to ward off evil spirits along with your enemies. Even Alexander the Great had an image of Medusa on his breastplate for battle. Nike, shown on the reverse, winged with a palm frond, was the goddess of strength, speed, and victory. She would fly around the battlefields rewarding the victors with glory and fame.
This coin was hand struck in the city of Sinope, the capital of the ancient Greek Kingdom of Pontus. Sinope was founded as a Greek colony in the 7th century BC, along the Black Sea Coast in present day Turkey. The city flourished as the Black Sea port of a caravan route that led from the upper Euphrates valley. The ruler of Pontus at the time of the minting of this coin was Mithridates VI. He ruled for 57 years and was seen as the protector of Greek cities and culture along the Black Sea and in Asia. As the last great Hellenistic ruler, Mithridates VI was brought down only after repeated wars with the Roman Republic.