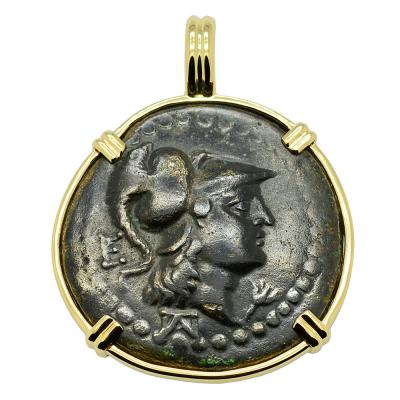 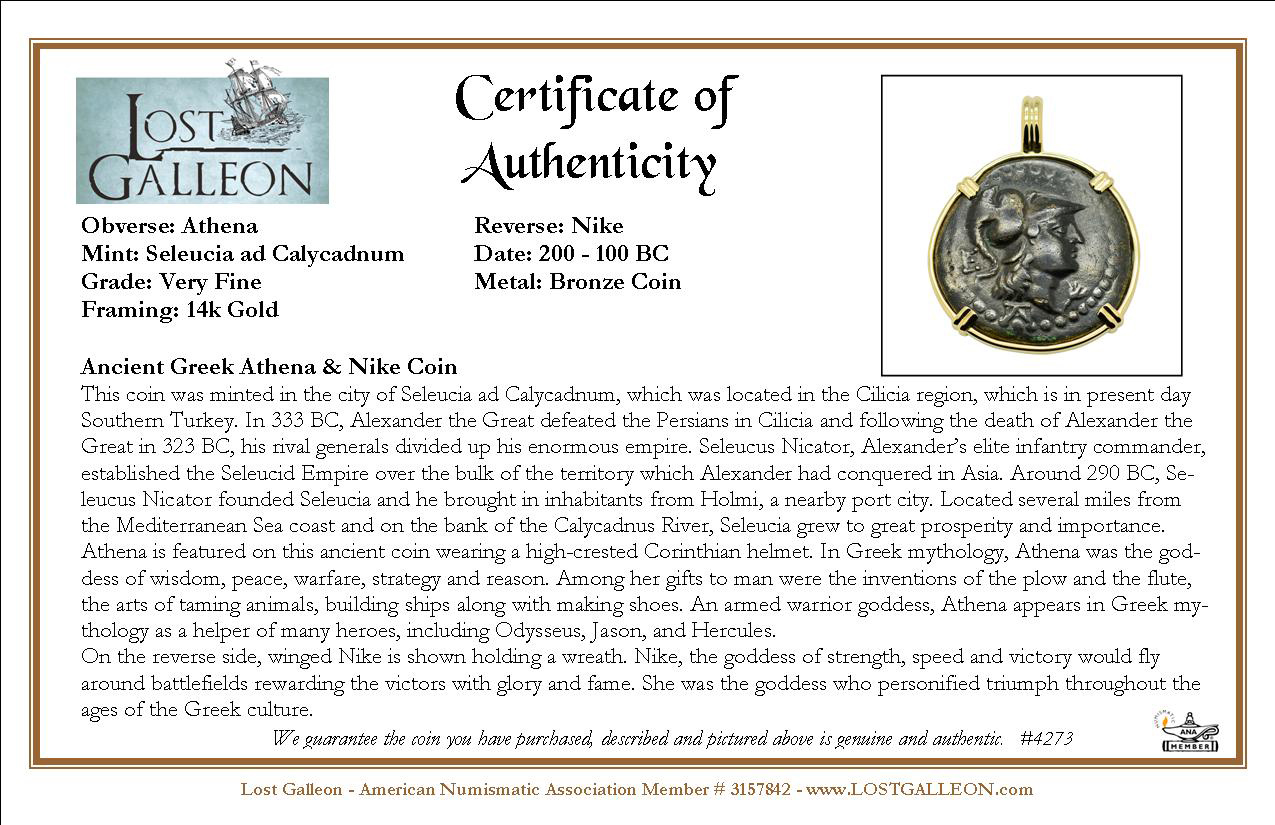 This coin was minted in the city of Seleucia ad Calycadnum, which was located in the Cilicia region, which is in present day Southern Turkey. In 333 BC, Alexander the Great defeated the Persians in Cilicia and following the death of Alexander the Great in 323 BC, his rival generals divided up his enormous empire. Seleucus Nicator, Alexander’s elite infantry commander, established the Seleucid Empire over the bulk of the territory which Alexander had conquered in Asia. Around 290 BC, Seleucus Nicator founded Seleucia and he brought in inhabitants from Holmi, a nearby port city. Located several miles from the Mediterranean Sea coast and on the bank of the Calycadnus River, Seleucia grew to great prosperity and importance.
Athena is featured on this ancient coin wearing a high-crested Corinthian helmet. In Greek mythology, Athena was the goddess of wisdom, peace, warfare, strategy and reason. Among her gifts to man were the inventions of the plow and the flute, the arts of taming animals, building ships along with making shoes. An armed warrior goddess, Athena appears in Greek mythology as a helper of many heroes, including Odysseus, Jason, and Hercules.
On the reverse side, winged Nike is shown holding a wreath. Nike, the goddess of strength, speed and victory would fly around battlefields rewarding the victors with glory and fame. She was the goddess who personified triumph throughout the ages of the Greek culture.