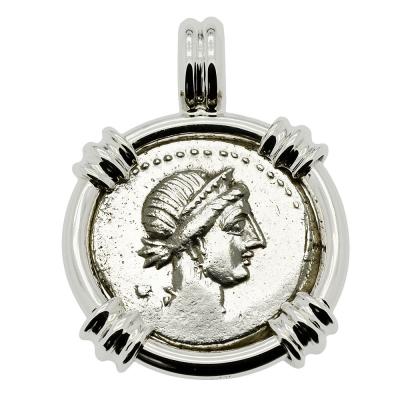 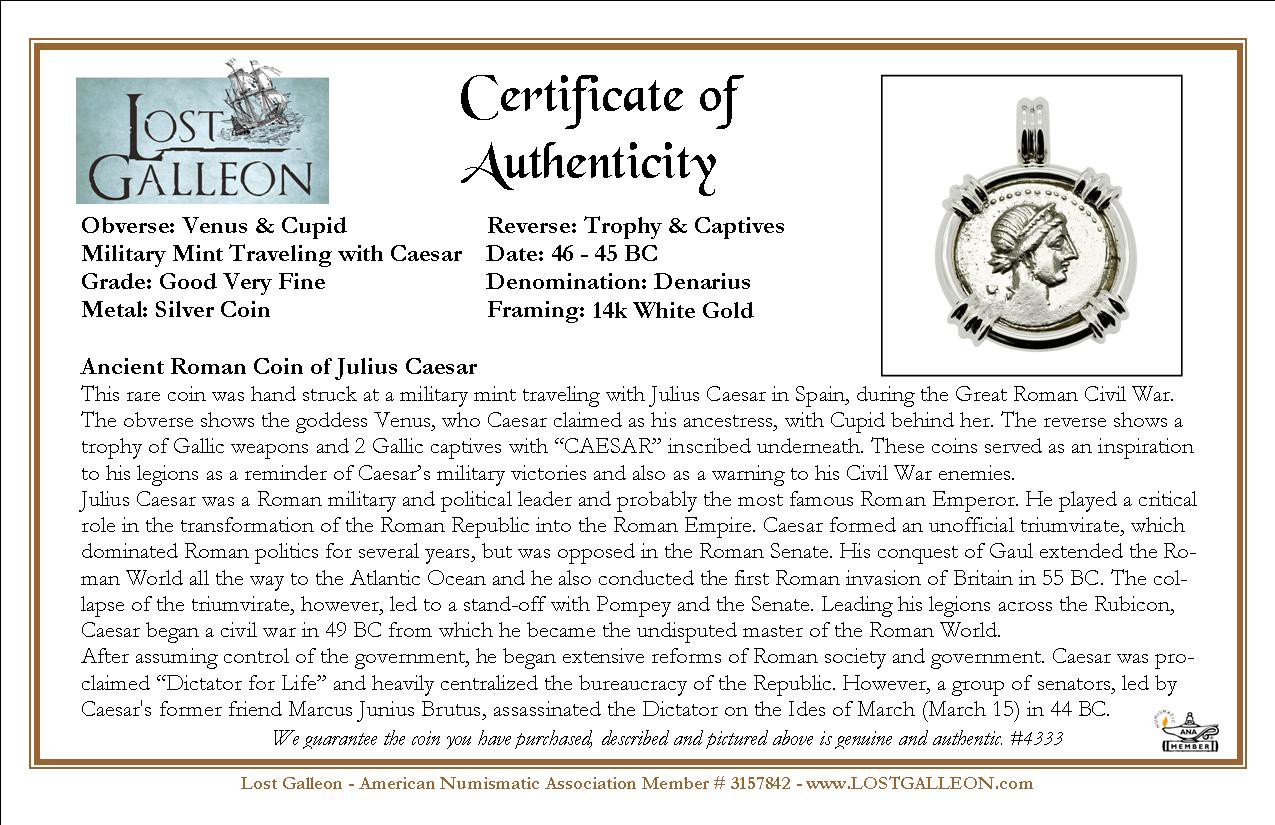 This rare coin was hand struck at a military mint traveling with Julius Caesar in Spain, during the Great Roman Civil War. The obverse shows the goddess Venus, who Caesar claimed as his ancestress, with Cupid behind her. The reverse shows a trophy of Gallic weapons and 2 Gallic captives with “CAESAR” inscribed underneath. These coins served as an inspiration to his legions as a reminder of Caesar’s military victories and also as a warning to his Civil War enemies.
Julius Caesar was a Roman military and political leader and probably the most famous Roman Emperor. He played a critical role in the transformation of the Roman Republic into the Roman Empire. Caesar formed an unofficial triumvirate, which dominated Roman politics for several years, but was opposed in the Roman Senate. His conquest of Gaul extended the Roman World all the way to the Atlantic Ocean and he also conducted the first Roman invasion of Britain in 55 BC. The collapse of the triumvirate, however, led to a stand-off with Pompey and the Senate. Leading his legions across the Rubicon, Caesar began a civil war in 49 BC from which he became the undisputed master of the Roman World.
After assuming control of the government, he began extensive reforms of Roman society and government. Caesar was proclaimed “Dictator for Life” and heavily centralized the bureaucracy of the Republic. However, a group of senators, led by Caesar's former friend Marcus Junius Brutus, assassinated the Dictator on the Ides of March (March 15) in 44 BC.