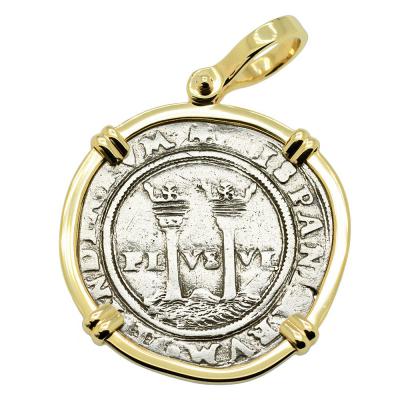 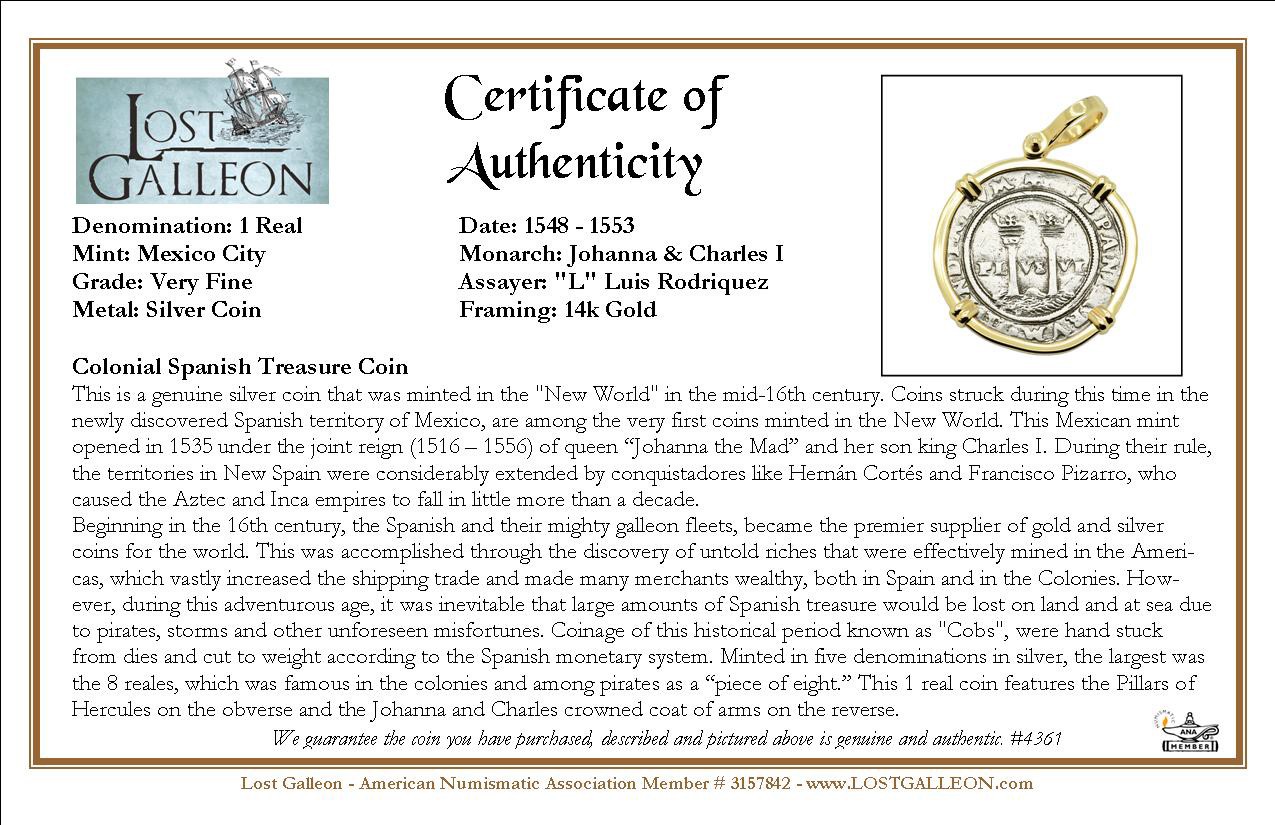 This is a genuine silver coin that was minted in the "New World" in the mid-16th century. Coins struck during this time in the newly discovered Spanish territory of Mexico, are among the very first coins minted in the New World. This Mexican mint opened in 1535 under the joint reign (1516 – 1556) of queen “Johanna the Mad” and her son king Charles I. During their rule, the territories in New Spain were considerably extended by conquistadores like Hernán Cortés and Francisco Pizarro, who caused the Aztec and Inca empires to fall in little more than a decade.
Beginning in the 16th century, the Spanish and their mighty galleon fleets, became the premier supplier of gold and silver coins for the world. This was accomplished through the discovery of untold riches that were effectively mined in the Americas, which vastly increased the shipping trade and made many merchants wealthy, both in Spain and in the Colonies. However, during this adventurous age, it was inevitable that large amounts of Spanish treasure would be lost on land and at sea due to pirates, storms and other unforeseen misfortunes. Coinage of this historical period known as "Cobs", were hand stuck from dies and cut to weight according to the Spanish monetary system. Minted in five denominations in silver, the largest was the 8 reales, which was famous in the colonies and among pirates as a “piece of eight.” This 1 real coin features the Pillars of Hercules on the obverse and the Johanna and Charles crowned coat of arms on the reverse.