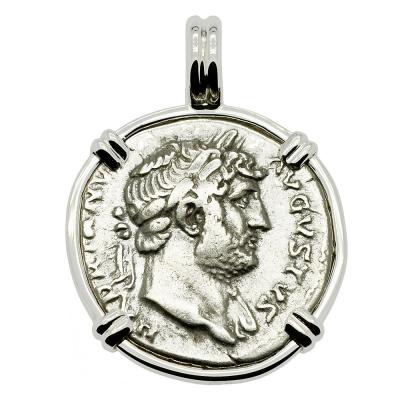 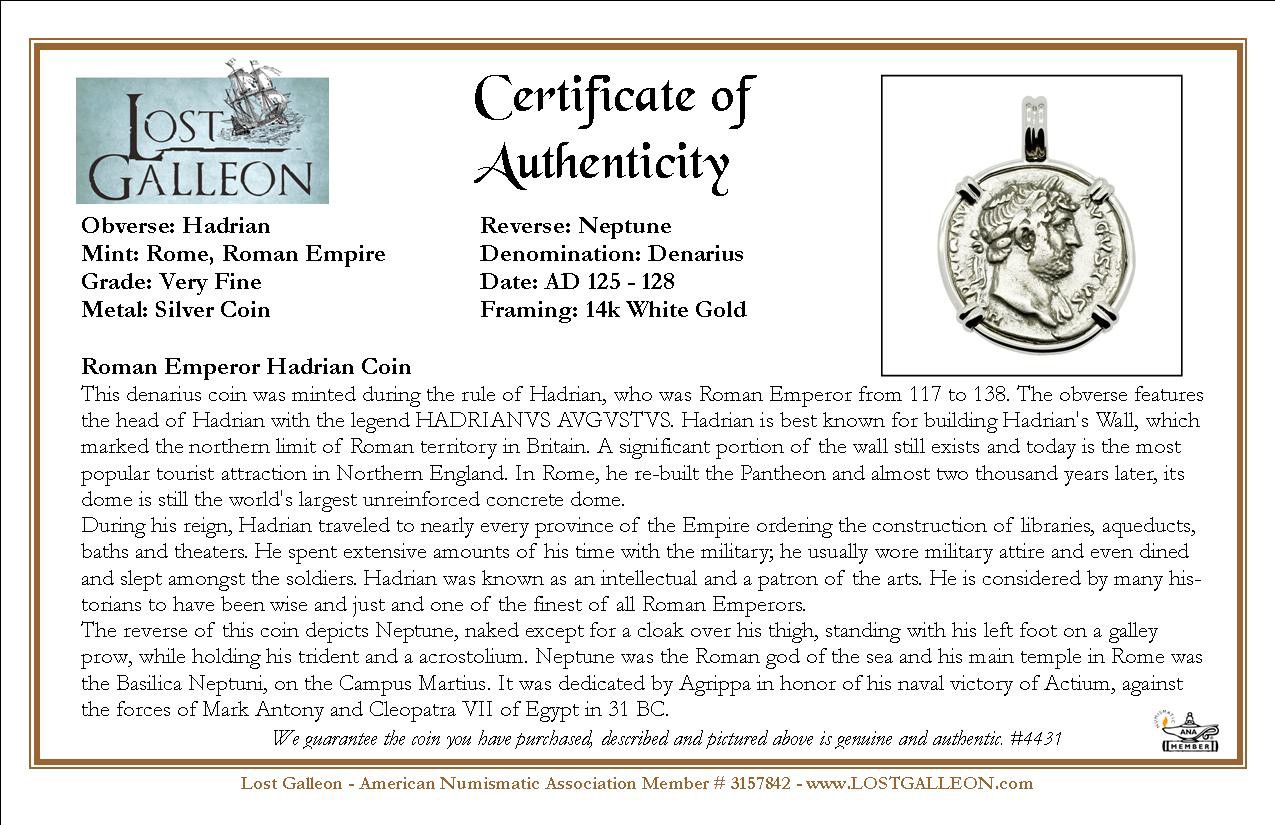 This denarius coin was minted during the rule of Hadrian, who was Roman Emperor from 117 to 138. The obverse features the head of Hadrian with the legend HADRIANVS AVGVSTVS. Hadrian is best known for building Hadrian's Wall, which marked the northern limit of Roman territory in Britain. A significant portion of the wall still exists and today is the most popular tourist attraction in Northern England. In Rome, he re-built the Pantheon and almost two thousand years later, its dome is still the world's largest unreinforced concrete dome.
During his reign, Hadrian traveled to nearly every province of the Empire ordering the construction of libraries, aqueducts, baths and theaters. He spent extensive amounts of his time with the military; he usually wore military attire and even dined and slept amongst the soldiers. Hadrian was known as an intellectual and a patron of the arts. He is considered by many historians to have been wise and just and one of the finest of all Roman Emperors.
The reverse of this coin depicts Neptune, naked except for a cloak over his thigh, standing with his left foot on a galley prow, while holding his trident and a acrostolium. Neptune was the Roman god of the sea and his main temple in Rome was the Basilica Neptuni, on the Campus Martius. It was dedicated by Agrippa in honor of his naval victory of Actium, against the forces of Mark Antony and Cleopatra VII of Egypt in 31 BC.