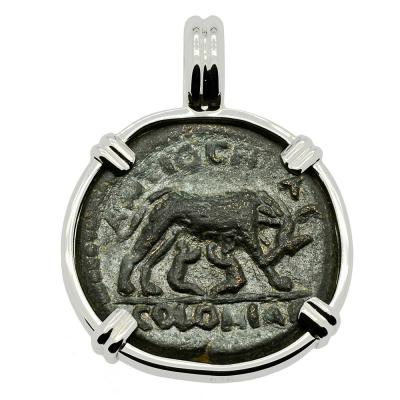 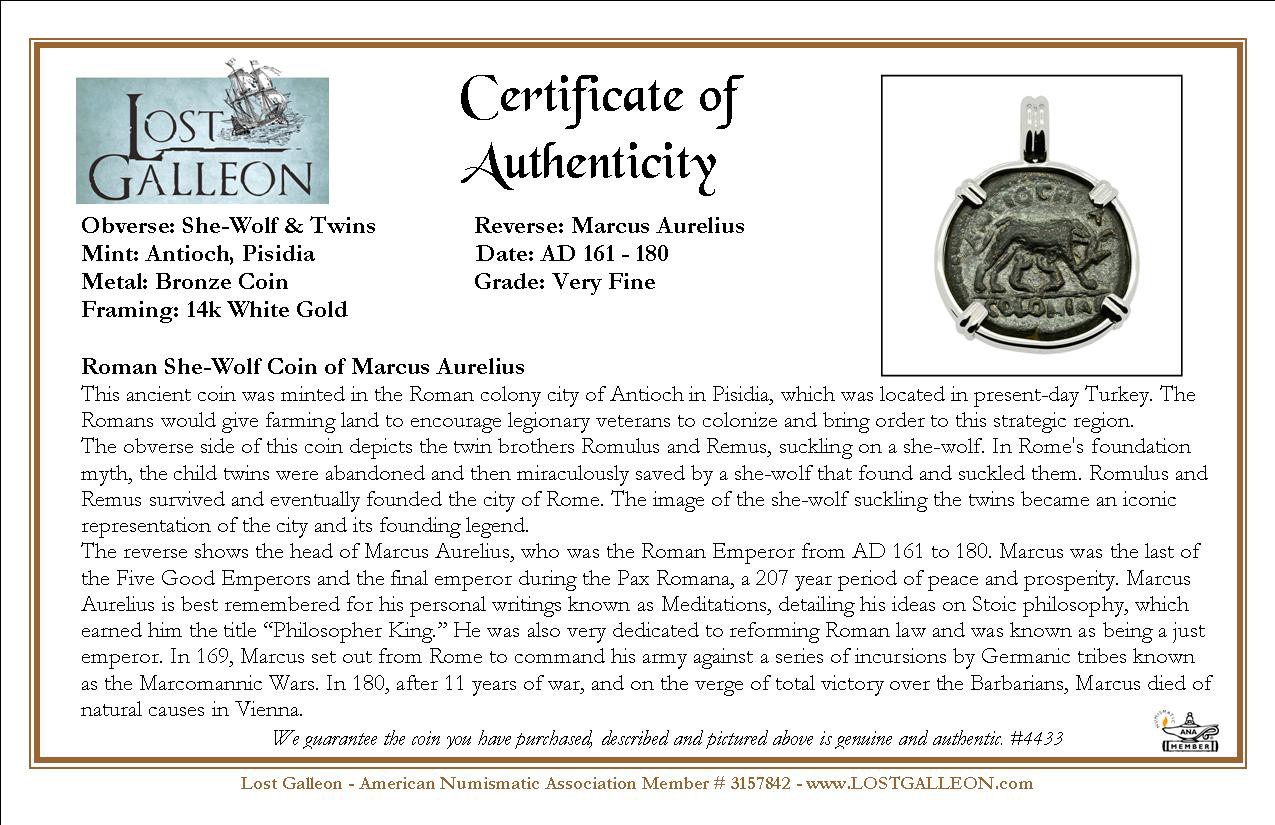 This ancient coin was minted in the Roman colony city of Antioch in Pisidia, which was located in present-day Turkey. The Romans would give farming land to encourage legionary veterans to colonize and bring order to this strategic region.
The obverse side of this coin depicts the twin brothers Romulus and Remus, suckling on a she-wolf. In Rome's foundation myth, the child twins were abandoned and then miraculously saved by a she-wolf that found and suckled them. Romulus and Remus survived and eventually founded the city of Rome. The image of the she-wolf suckling the twins became an iconic representation of the city and its founding legend.
The reverse shows the head of Marcus Aurelius, who was the Roman Emperor from AD 161 to 180. Marcus was the last of the Five Good Emperors and the final emperor during the Pax Romana, a 207 year period of peace and prosperity. Marcus Aurelius is best remembered for his personal writings known as Meditations, detailing his ideas on Stoic philosophy, which earned him the title “Philosopher King.” He was also very dedicated to reforming Roman law and was known as being a just emperor. In 169, Marcus set out from Rome to command his army against a series of incursions by Germanic tribes known as the Marcomannic Wars. In 180, after 11 years of war, and on the verge of total victory over the Barbarians, Marcus died of natural causes in Vienna.