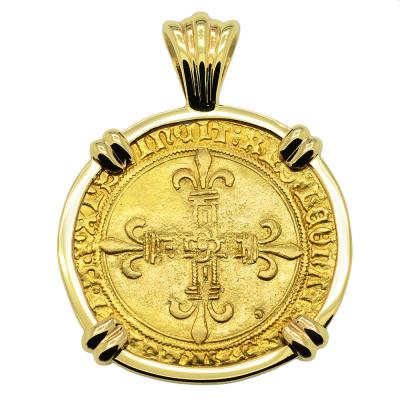 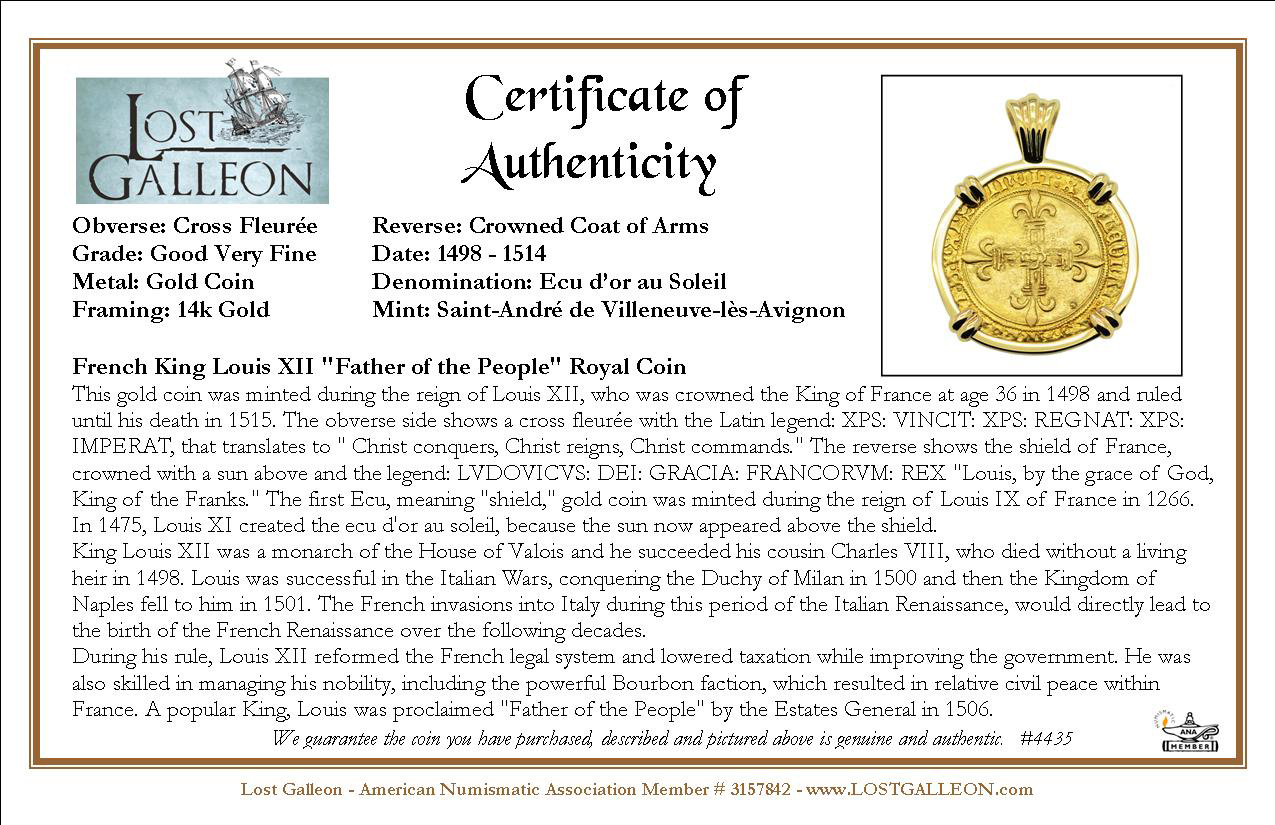 This gold coin was minted during the reign of Louis XII, who was crowned the King of France at age 36 in 1498 and ruled until his death in 1515. The obverse side shows a cross fleurťe with the Latin legend: XPS: VINCIT: XPS: REGNAT: XPS: IMPERAT, that translates to " Christ conquers, Christ reigns, Christ commands." The reverse shows the shield of France, crowned with a sun above and the legend: LVDOVICVS: DEI: GRACIA: FRANCORVM: REX "Louis, by the grace of God, King of the Franks." The first Ecu, meaning "shield," gold coin was minted during the reign of Louis IX of France in 1266. In 1475, Louis XI created the ecu d'or au soleil, because the sun now appeared above the shield.
King Louis XII was a monarch of the House of Valois and he succeeded his cousin Charles VIII, who died without a living heir in 1498. Louis was successful in the Italian Wars, conquering the Duchy of Milan in 1500 and then the Kingdom of Naples fell to him in 1501. The French invasions into Italy during this period of the Italian Renaissance, would directly lead to the birth of the French Renaissance over the following decades.
During his rule, Louis XII reformed the French legal system and lowered taxation while improving the government. He was also skilled in managing his nobility, including the powerful Bourbon faction, which resulted in relative civil peace within France. A popular King, Louis was proclaimed "Father of the People" by the Estates General in 1506.