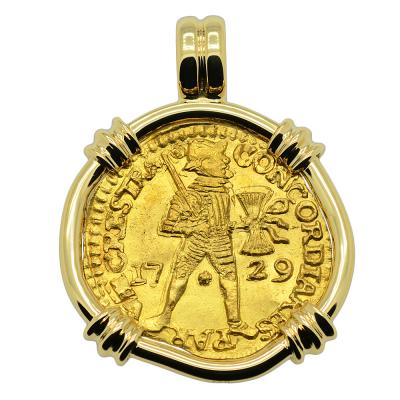 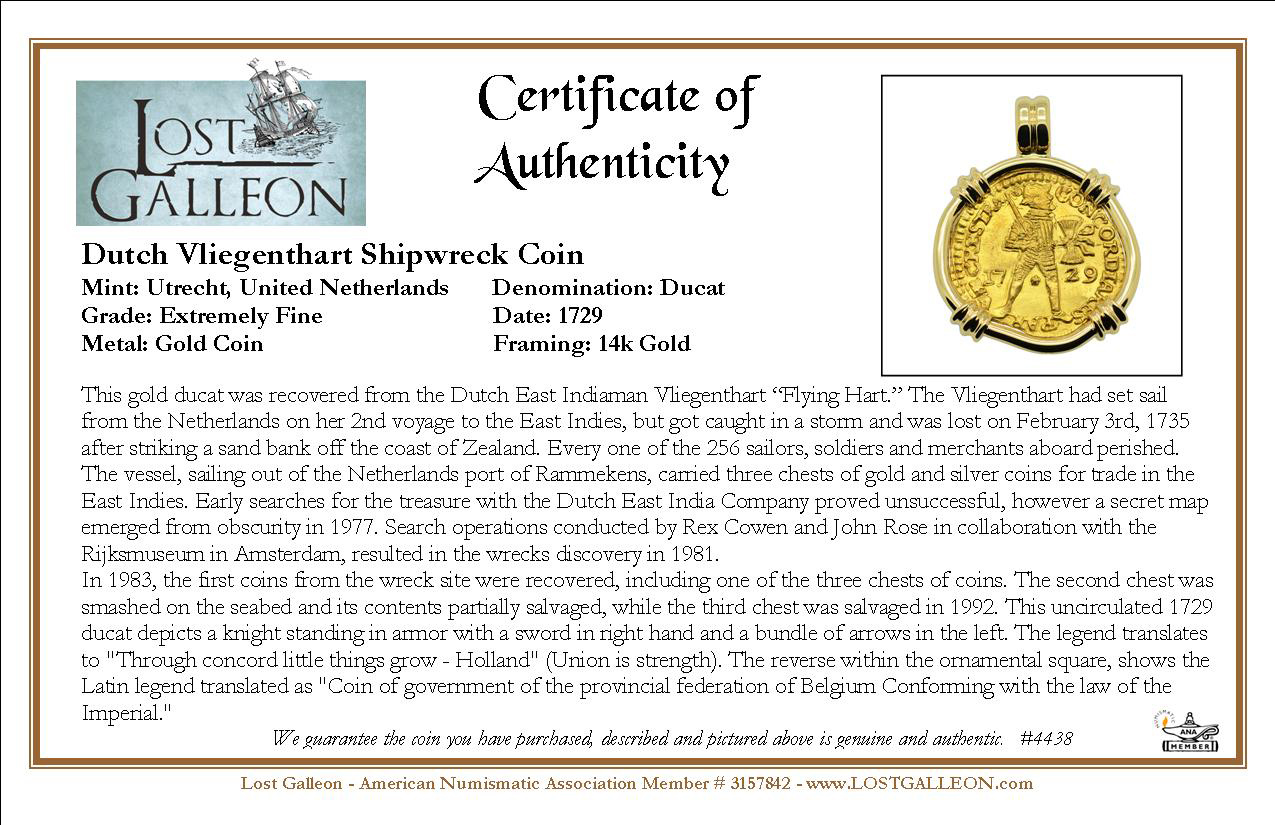 This gold ducat was recovered from the Dutch East Indiaman Vliegenthart “Flying Hart.” The Vliegenthart had set sail from the Netherlands on her 2nd voyage to the East Indies, but got caught in a storm and was lost on February 3rd, 1735 after striking a sand bank off the coast of Zealand. Every one of the 256 sailors, soldiers and merchants aboard perished. The vessel, sailing out of the Netherlands port of Rammekens, carried three chests of gold and silver coins for trade in the East Indies. Early searches for the treasure with the Dutch East India Company proved unsuccessful, however a secret map emerged from obscurity in 1977. Search operations conducted by Rex Cowen and John Rose in collaboration with the Rijksmuseum in Amsterdam, resulted in the wrecks discovery in 1981.
In 1983, the first coins from the wreck site were recovered, including one of the three chests of coins. The second chest was smashed on the seabed and its contents partially salvaged, while the third chest was salvaged in 1992. This uncirculated 1729 ducat depicts a knight standing in armor with a sword in right hand and a bundle of arrows in the left. The legend translates to "Through concord little things grow - Holland" (Union is strength). The reverse within the ornamental square, shows the Latin legend translated as "Coin of government of the provincial federation of Belgium Conforming with the law of the Imperial."