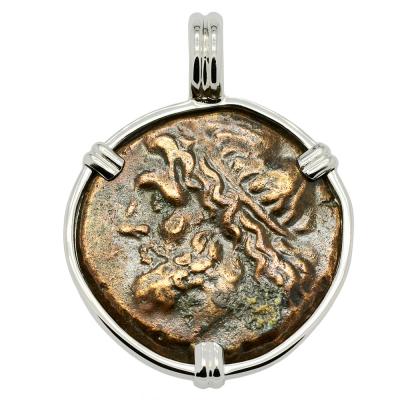 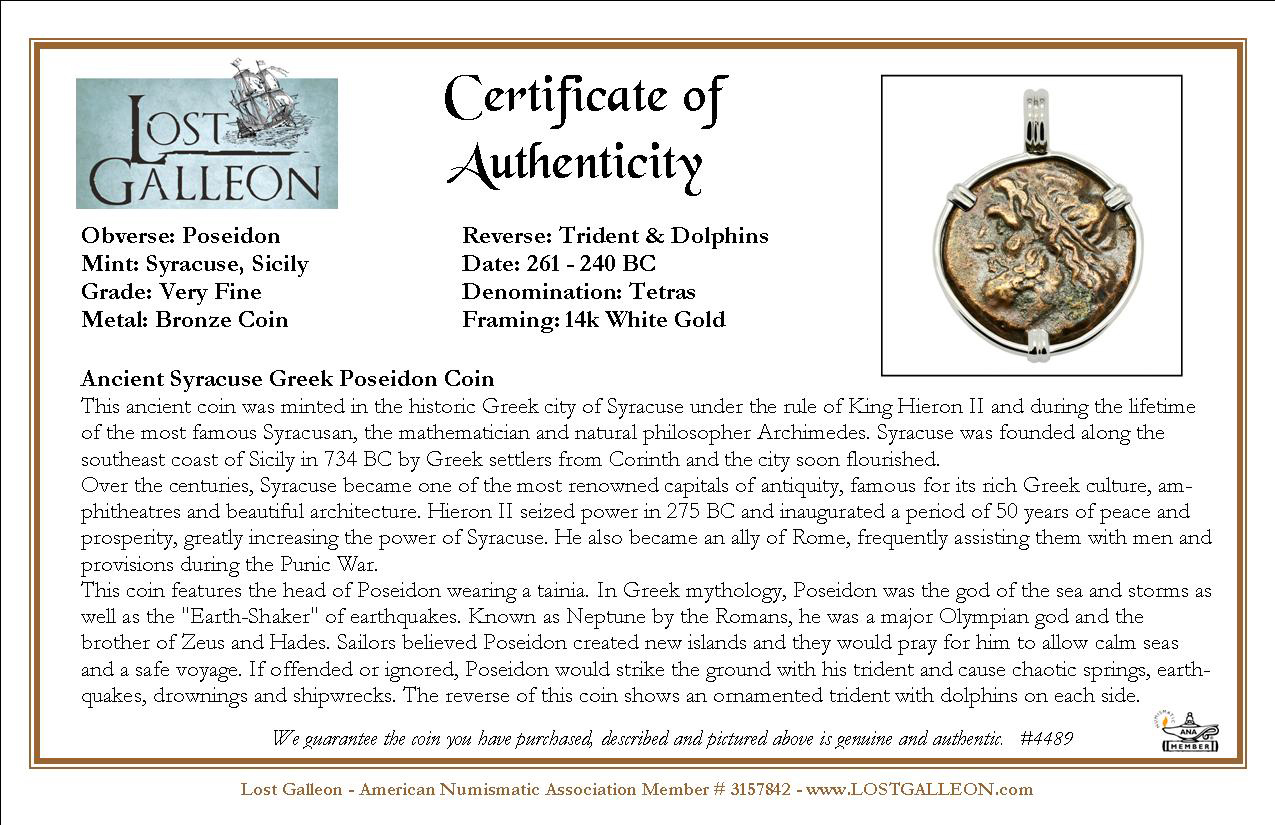 This ancient coin was minted in the historic Greek city of Syracuse under the rule of King Hieron II and during the lifetime of the most famous Syracusan, the mathematician and natural philosopher Archimedes. Syracuse was founded along the southeast coast of Sicily in 734 BC by Greek settlers from Corinth and the city soon flourished.
Over the centuries, Syracuse became one of the most renowned capitals of antiquity, famous for its rich Greek culture, amphitheatres and beautiful architecture. Hieron II seized power in 275 BC and inaugurated a period of 50 years of peace and prosperity, greatly increasing the power of Syracuse. He also became an ally of Rome, frequently assisting them with men and provisions during the Punic War.
This coin features the head of Poseidon wearing a tainia. In Greek mythology, Poseidon was the god of the sea and storms as well as the "Earth-Shaker" of earthquakes. Known as Neptune by the Romans, he was a major Olympian god and the brother of Zeus and Hades. Sailors believed Poseidon created new islands and they would pray for him to allow calm seas and a safe voyage. If offended or ignored, Poseidon would strike the ground with his trident and cause chaotic springs, earthquakes, drownings and shipwrecks. The reverse of this coin shows an ornamented trident with dolphins on each side.