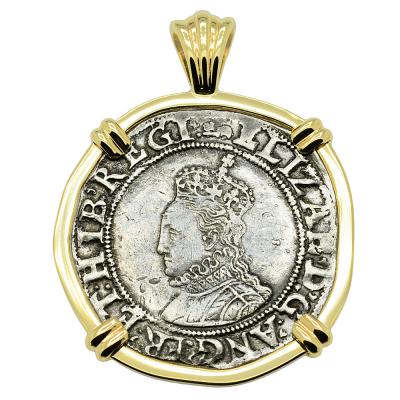 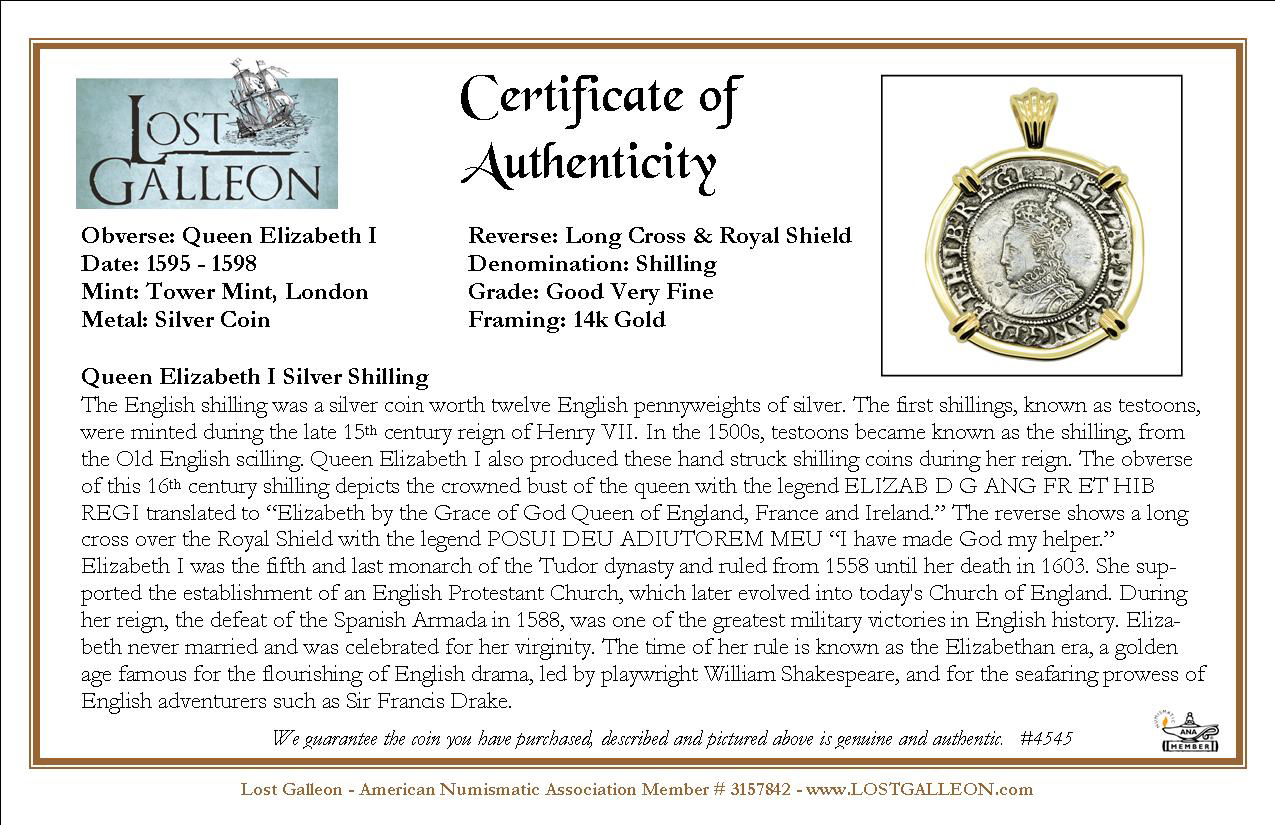 The English shilling was a silver coin worth twelve English pennyweights of silver. The first shillings, known as testoons, were minted during the late 15th century reign of Henry VII. In the 1500s, testoons became known as the shilling, from the Old English scilling. Queen Elizabeth I also produced these hand struck shilling coins during her reign. The obverse of this 16th century shilling depicts the crowned bust of the queen with the legend ELIZAB D G ANG FR ET HIB REGI translated to “Elizabeth by the Grace of God Queen of England, France and Ireland.” The reverse shows a long cross over the Royal Shield with the legend POSUI DEU ADIUTOREM MEU “I have made God my helper.”
Elizabeth I was the fifth and last monarch of the Tudor dynasty and ruled from 1558 until her death in 1603. She supported the establishment of an English Protestant Church, which later evolved into today's Church of England. During her reign, the defeat of the Spanish Armada in 1588, was one of the greatest military victories in English history. Elizabeth never married and was celebrated for her virginity. The time of her rule is known as the Elizabethan era, a golden age famous for the flourishing of English drama, led by playwright William Shakespeare, and for the seafaring prowess of English adventurers such as Sir Francis Drake.