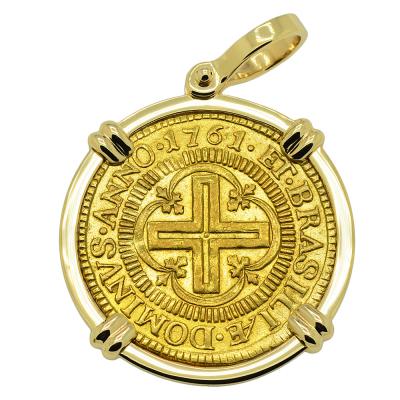 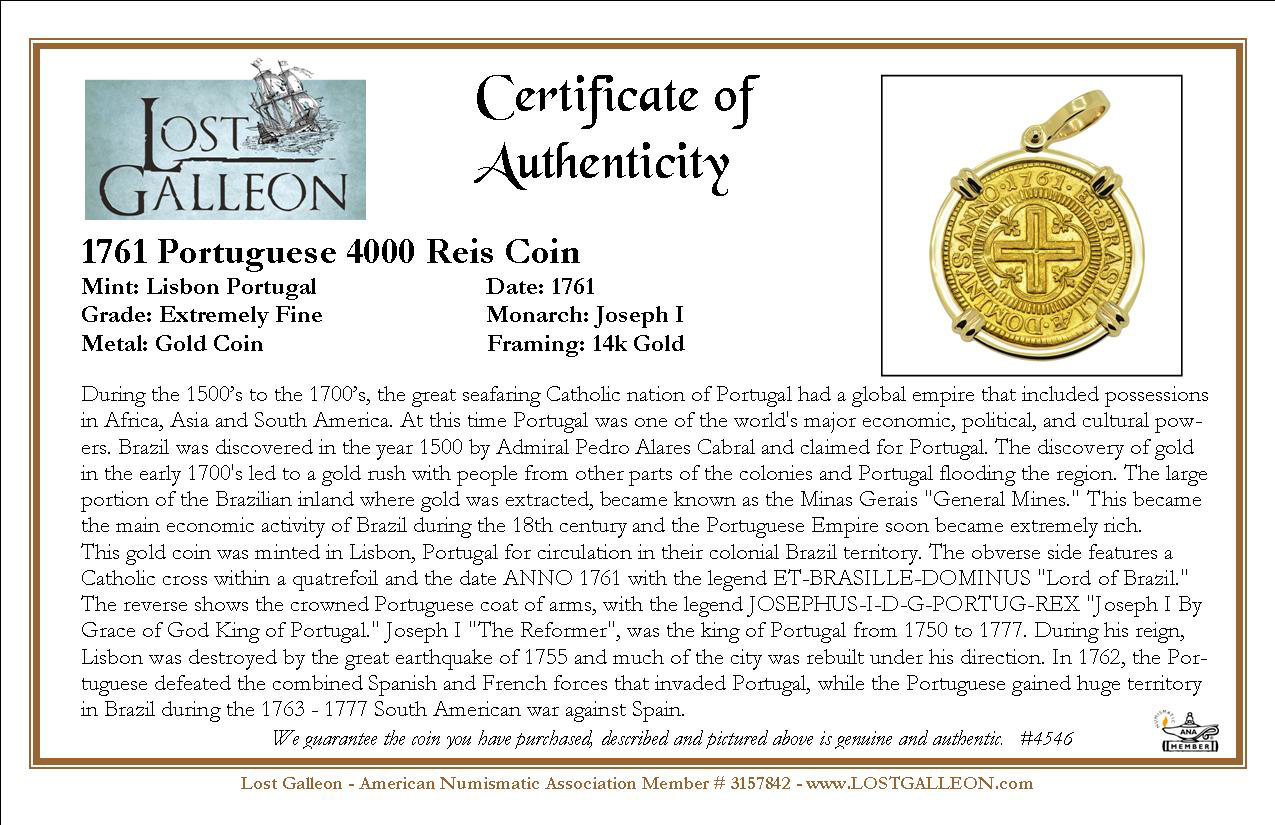 During the 1500’s to the 1700’s, the great seafaring Catholic nation of Portugal had a global empire that included possessions in Africa, Asia and South America. At this time Portugal was one of the world's major economic, political, and cultural powers. Brazil was discovered in the year 1500 by Admiral Pedro Alares Cabral and claimed for Portugal. The discovery of gold in the early 1700's led to a gold rush with people from other parts of the colonies and Portugal flooding the region. The large portion of the Brazilian inland where gold was extracted, became known as the Minas Gerais "General Mines." This became the main economic activity of Brazil during the 18th century and the Portuguese Empire soon became extremely rich.
This gold coin was minted in Lisbon, Portugal for circulation in their colonial Brazil territory. The obverse side features a Catholic cross within a quatrefoil and the date ANNO 1761 with the legend ET-BRASILLE-DOMINUS "Lord of Brazil." The reverse shows the crowned Portuguese coat of arms, with the legend JOSEPHUS-I-D-G-PORTUG-REX "Joseph I By Grace of God King of Portugal." Joseph I "The Reformer", was the king of Portugal from 1750 to 1777. During his reign, Lisbon was destroyed by the great earthquake of 1755 and much of the city was rebuilt under his direction. In 1762, the Portuguese defeated the combined Spanish and French forces that invaded Portugal, while the Portuguese gained huge territory in Brazil during the 1763 - 1777 South American war against Spain.