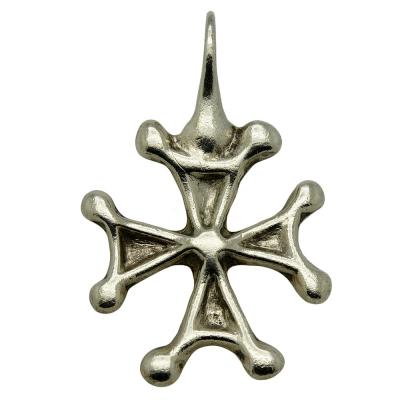 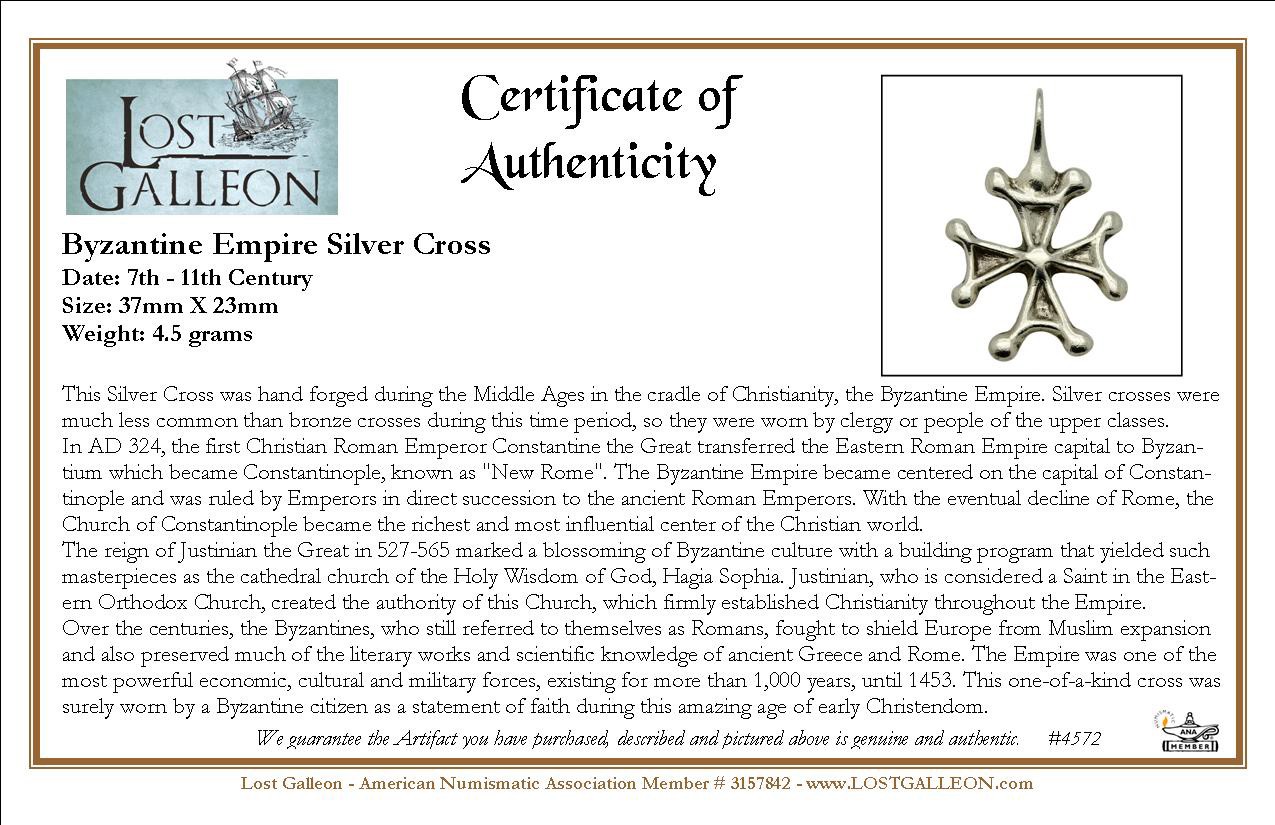 This Silver Cross was hand forged during the Middle Ages in the cradle of Christianity, the Byzantine Empire. Silver crosses were much less common than bronze crosses during this time period, so they were worn by clergy or people of the upper classes.
In AD 324, the first Christian Roman Emperor Constantine the Great transferred the Eastern Roman Empire capital to Byzantium which became Constantinople, known as "New Rome". The Byzantine Empire became centered on the capital of Constantinople and was ruled by Emperors in direct succession to the ancient Roman Emperors. With the eventual decline of Rome, the Church of Constantinople became the richest and most influential center of the Christian world.
The reign of Justinian the Great in 527-565 marked a blossoming of Byzantine culture with a building program that yielded such masterpieces as the cathedral church of the Holy Wisdom of God, Hagia Sophia. Justinian, who is considered a Saint in the Eastern Orthodox Church, created the authority of this Church, which firmly established Christianity throughout the Empire.
Over the centuries, the Byzantines, who still referred to themselves as Romans, fought to shield Europe from Muslim expansion and also preserved much of the literary works and scientific knowledge of ancient Greece and Rome. The Empire was one of the most powerful economic, cultural and military forces, existing for more than 1,000 years, until 1453. This one-of-a-kind cross was surely worn by a Byzantine citizen as a statement of faith during this amazing age of early Christendom.