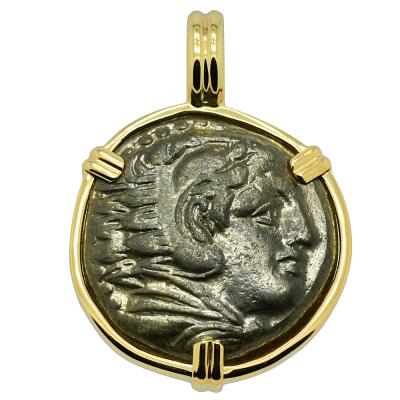 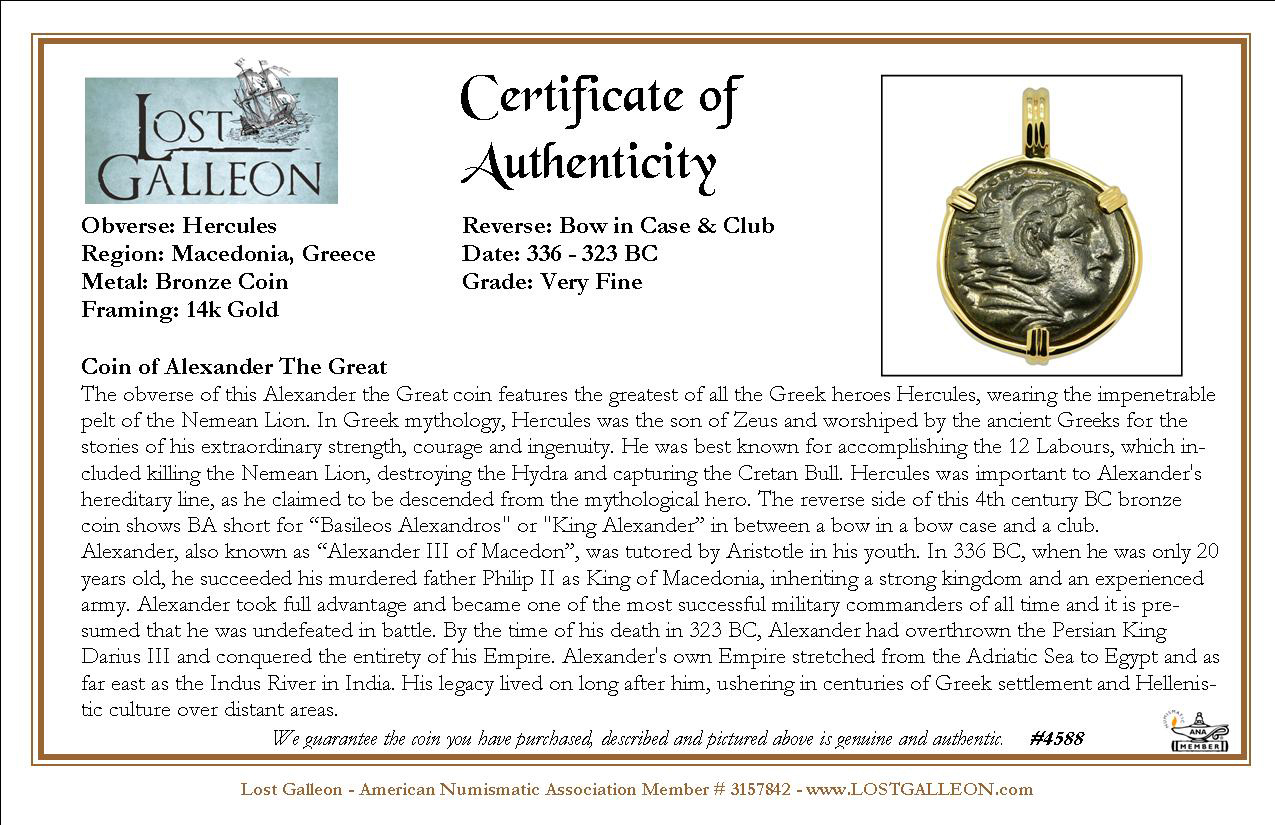 The obverse of this Alexander the Great coin features the greatest of all the Greek heroes Hercules, wearing the impenetrable pelt of the Nemean Lion. In Greek mythology, Hercules was the son of Zeus and worshiped by the ancient Greeks for the stories of his extraordinary strength, courage and ingenuity. He was best known for accomplishing the 12 Labours, which included killing the Nemean Lion, destroying the Hydra and capturing the Cretan Bull. Hercules was important to Alexander's hereditary line, as he claimed to be descended from the mythological hero. The reverse side of this 4th century BC bronze coin shows BA short for “Basileos Alexandros" or "King Alexander” in between a bow in a bow case and a club.
Alexander, also known as “Alexander III of Macedon”, was tutored by Aristotle in his youth. In 336 BC, when he was only 20 years old, he succeeded his murdered father Philip II as King of Macedonia, inheriting a strong kingdom and an experienced army. Alexander took full advantage and became one of the most successful military commanders of all time and it is presumed that he was undefeated in battle. By the time of his death in 323 BC, Alexander had overthrown the Persian King Darius III and conquered the entirety of his Empire. Alexander's own Empire stretched from the Adriatic Sea to Egypt and as far east as the Indus River in India. His legacy lived on long after him, ushering in centuries of Greek settlement and Hellenistic culture over distant areas.