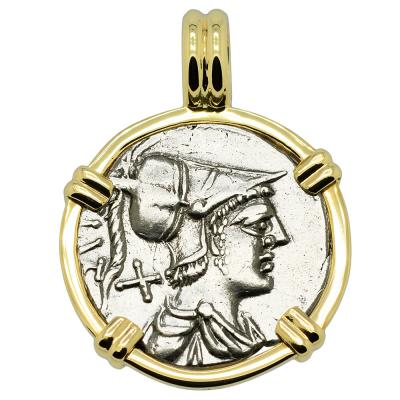 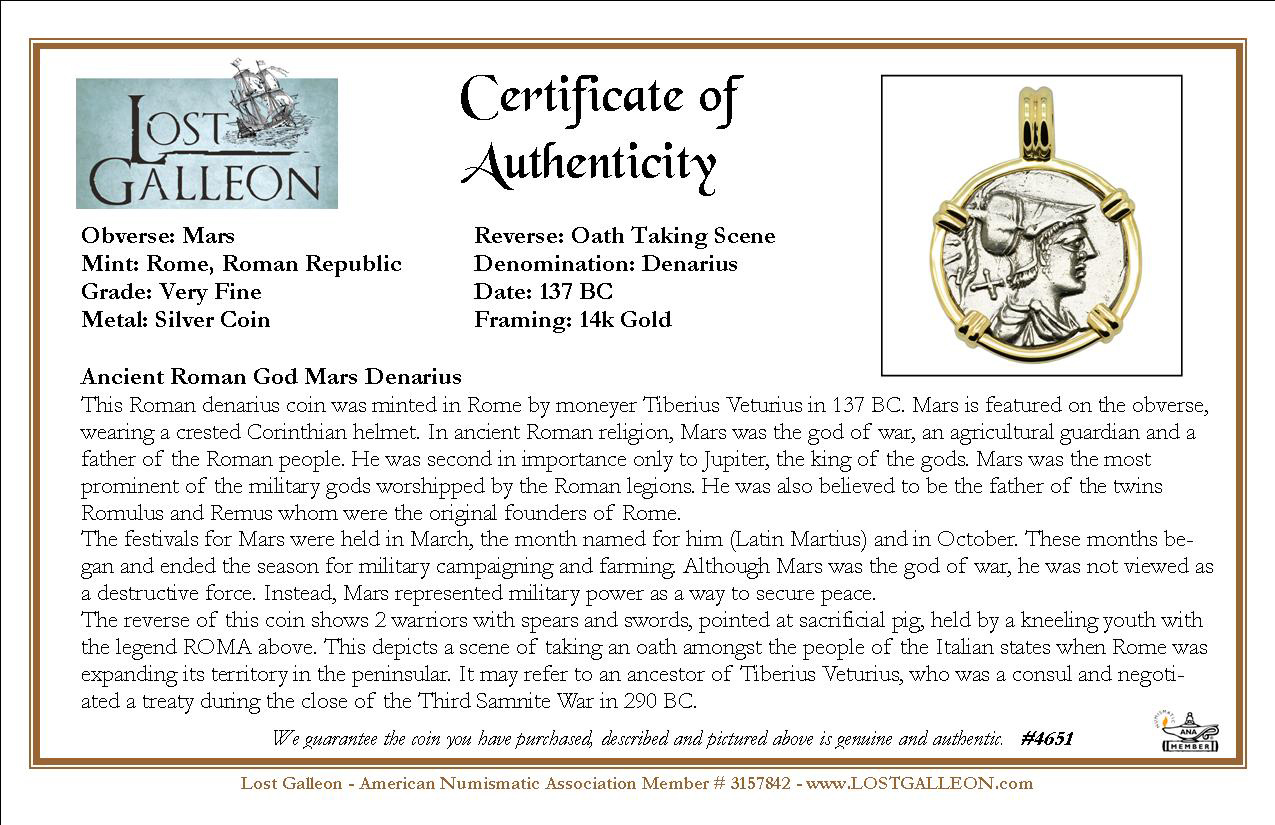 This Roman denarius coin was minted in Rome by moneyer Tiberius Veturius in 137 BC. Mars is featured on the obverse, wearing a crested Corinthian helmet. In ancient Roman religion, Mars was the god of war, an agricultural guardian and a father of the Roman people. He was second in importance only to Jupiter, the king of the gods. Mars was the most prominent of the military gods worshipped by the Roman legions. He was also believed to be the father of the twins Romulus and Remus whom were the original founders of Rome.
The festivals for Mars were held in March, the month named for him (Latin Martius) and in October. These months began and ended the season for military campaigning and farming. Although Mars was the god of war, he was not viewed as a destructive force. Instead, Mars represented military power as a way to secure peace.
The reverse of this coin shows 2 warriors with spears and swords, pointed at sacrificial pig, held by a kneeling youth with the legend ROMA above. This depicts a scene of taking an oath amongst the people of the Italian states when Rome was expanding its territory in the peninsular. It may refer to an ancestor of Tiberius Veturius, who was a consul and negotiated a treaty during the close of the Third Samnite War in 290 BC.