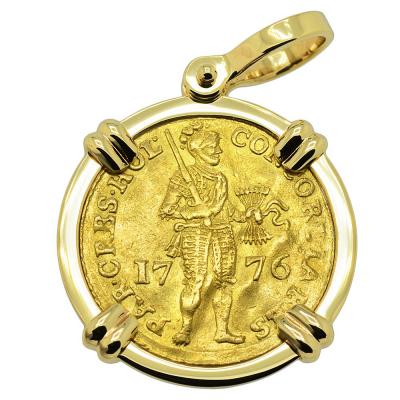 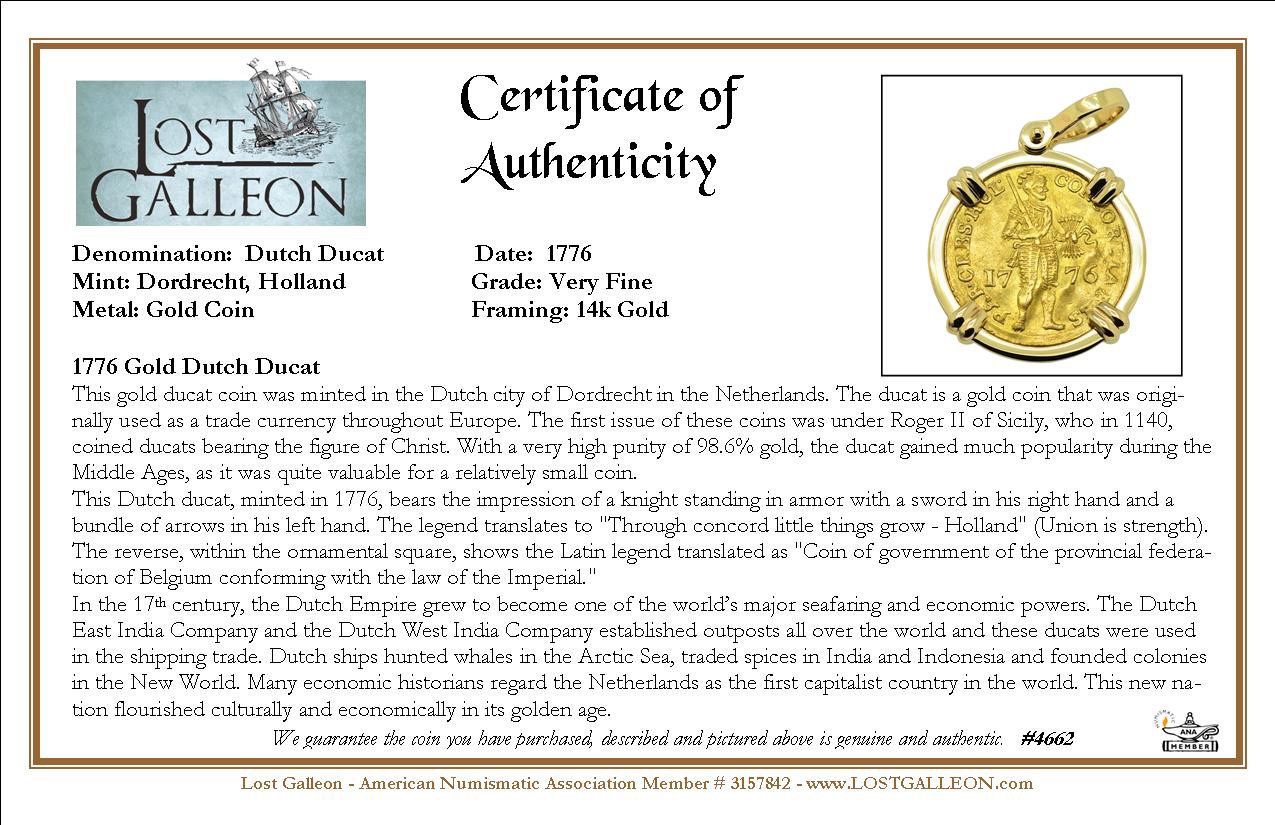 This gold ducat coin was minted in the Dutch city of Dordrecht in the Netherlands. The ducat is a gold coin that was originally used as a trade currency throughout Europe. The first issue of these coins was under Roger II of Sicily, who in 1140, coined ducats bearing the figure of Christ. With a very high purity of 98.6% gold, the ducat gained much popularity during the Middle Ages, as it was quite valuable for a relatively small coin.
This Dutch ducat, minted in 1776, bears the impression of a knight standing in armor with a sword in his right hand and a bundle of arrows in his left hand. The legend translates to "Through concord little things grow - Holland" (Union is strength). The reverse, within the ornamental square, shows the Latin legend translated as "Coin of government of the provincial federation of Belgium conforming with the law of the Imperial."
In the 17th century, the Dutch Empire grew to become one of the world’s major seafaring and economic powers. The Dutch East India Company and the Dutch West India Company established outposts all over the world and these ducats were used in the shipping trade. Dutch ships hunted whales in the Arctic Sea, traded spices in India and Indonesia and founded colonies in the New World. Many economic historians regard the Netherlands as the first capitalist country in the world. This new nation flourished culturally and economically in its golden age.