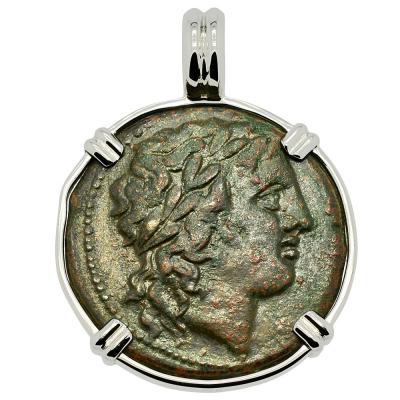 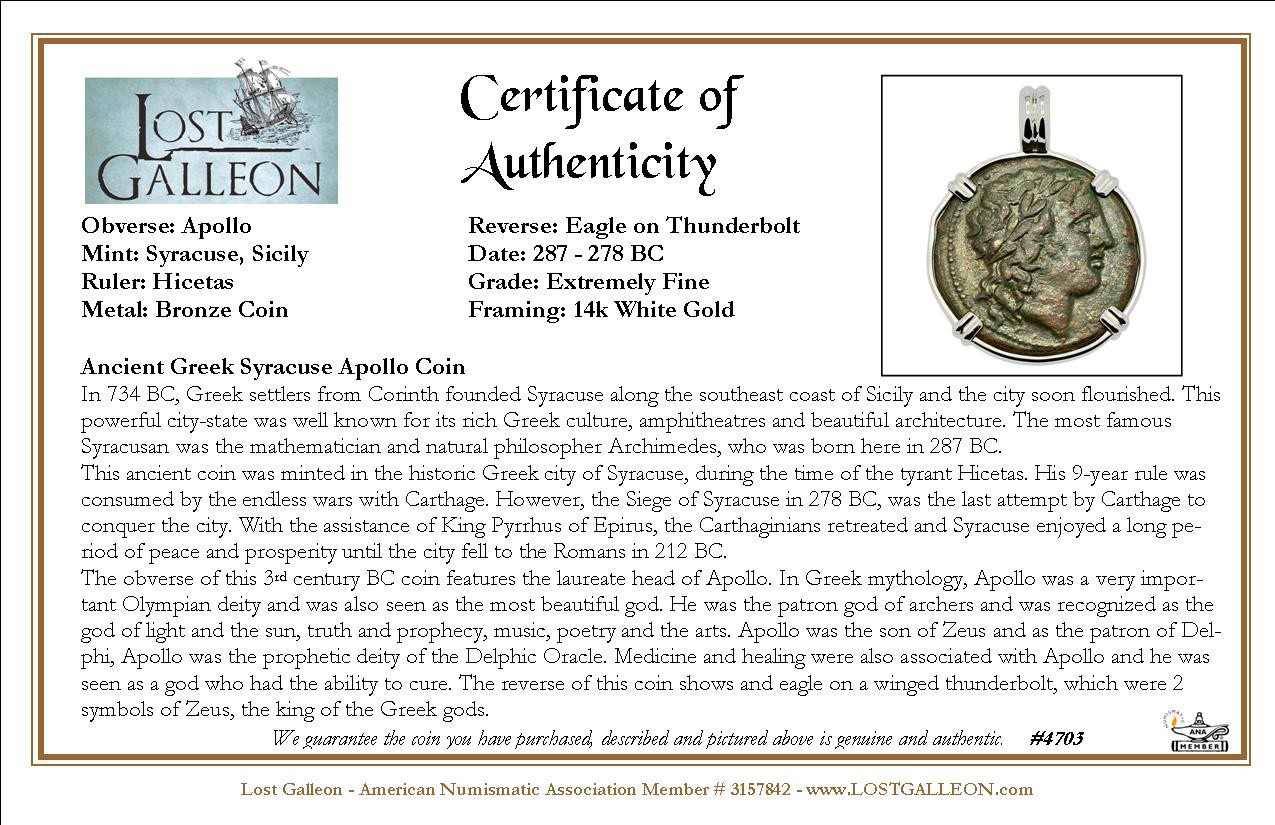 In 734 BC, Greek settlers from Corinth founded Syracuse along the southeast coast of Sicily and the city soon flourished. This powerful city-state was well known for its rich Greek culture, amphitheatres and beautiful architecture. The most famous Syracusan was the mathematician and natural philosopher Archimedes, who was born here in 287 BC.
This ancient coin was minted in the historic Greek city of Syracuse, during the time of the tyrant Hicetas. His 9-year rule was consumed by the endless wars with Carthage. However, the Siege of Syracuse in 278 BC, was the last attempt by Carthage to conquer the city. With the assistance of King Pyrrhus of Epirus, the Carthaginians retreated and Syracuse enjoyed a long period of peace and prosperity until the city fell to the Romans in 212 BC.
The obverse of this 3rd century BC coin features the laureate head of Apollo. In Greek mythology, Apollo was a very important Olympian deity and was also seen as the most beautiful god. He was the patron god of archers and was recognized as the god of light and the sun, truth and prophecy, music, poetry and the arts. Apollo was the son of Zeus and as the patron of Delphi, Apollo was the prophetic deity of the Delphic Oracle. Medicine and healing were also associated with Apollo and he was seen as a god who had the ability to cure. The reverse of this coin shows and eagle on a winged thunderbolt, which were 2 symbols of Zeus, the king of the Greek gods.