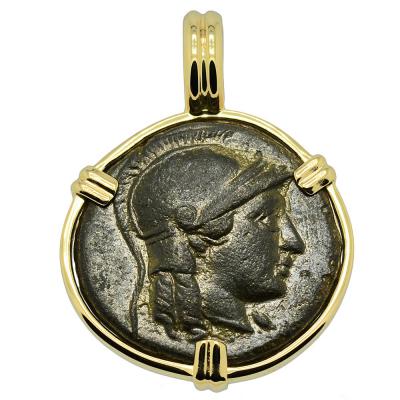 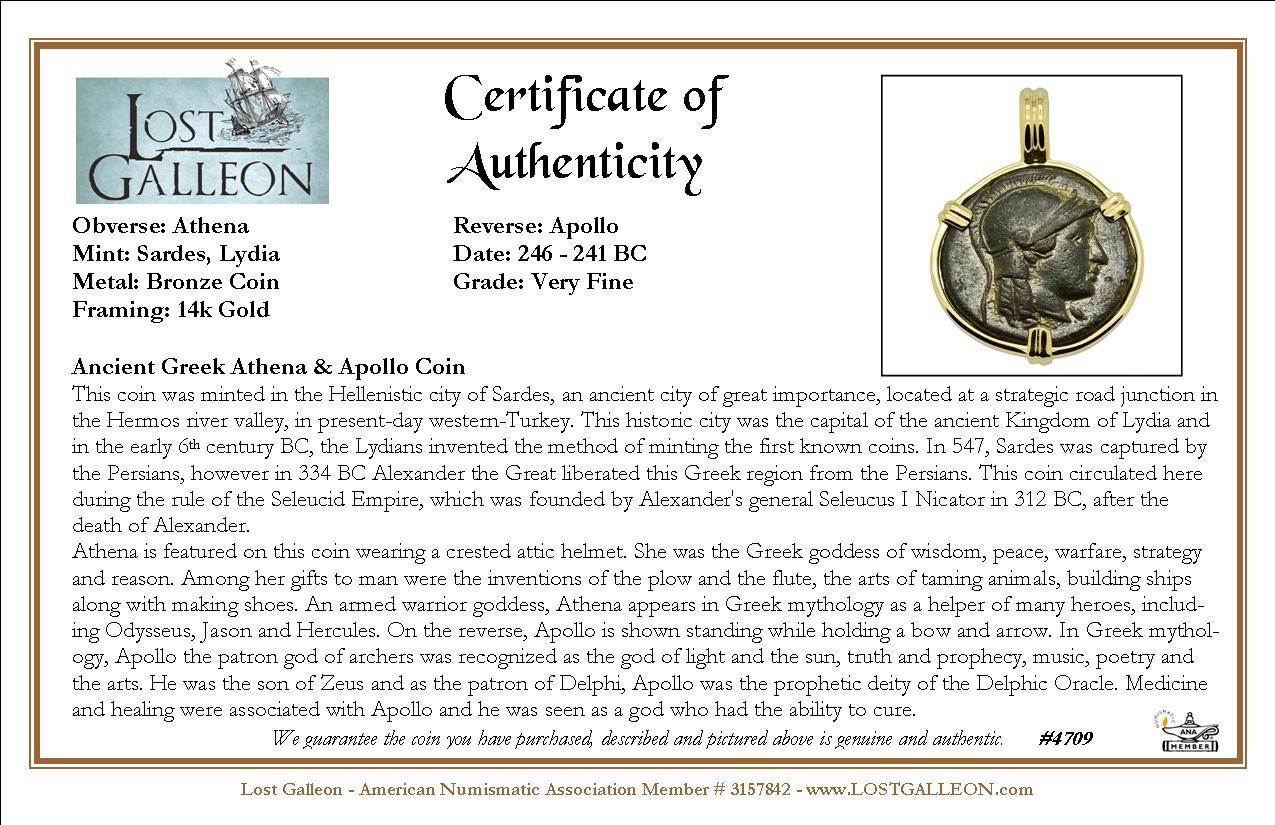 This coin was minted in the Hellenistic city of Sardes, an ancient city of great importance, located at a strategic road junction in the Hermos river valley, in present-day western-Turkey. This historic city was the capital of the ancient Kingdom of Lydia and in the early 6th century BC, the Lydians invented the method of minting the first known coins. In 547, Sardes was captured by the Persians, however in 334 BC Alexander the Great liberated this Greek region from the Persians. This coin circulated here during the rule of the Seleucid Empire, which was founded by Alexander's general Seleucus I Nicator in 312 BC, after the death of Alexander.
Athena is featured on this coin wearing a crested attic helmet. She was the Greek goddess of wisdom, peace, warfare, strategy and reason. Among her gifts to man were the inventions of the plow and the flute, the arts of taming animals, building ships along with making shoes. An armed warrior goddess, Athena appears in Greek mythology as a helper of many heroes, including Odysseus, Jason and Hercules.
On the reverse, Apollo is shown standing while holding a bow and arrow. In Greek mythology, Apollo the patron god of archers was recognized as the god of light and the sun, truth and prophecy, music, poetry and the arts. He was the son of Zeus and as the patron of Delphi, Apollo was the prophetic deity of the Delphic Oracle. Medicine and healing were associated with Apollo and he was seen as a god who had the ability to cure.