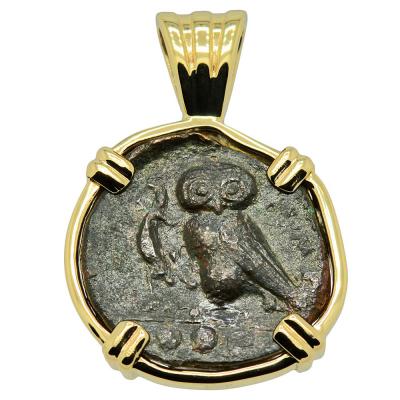 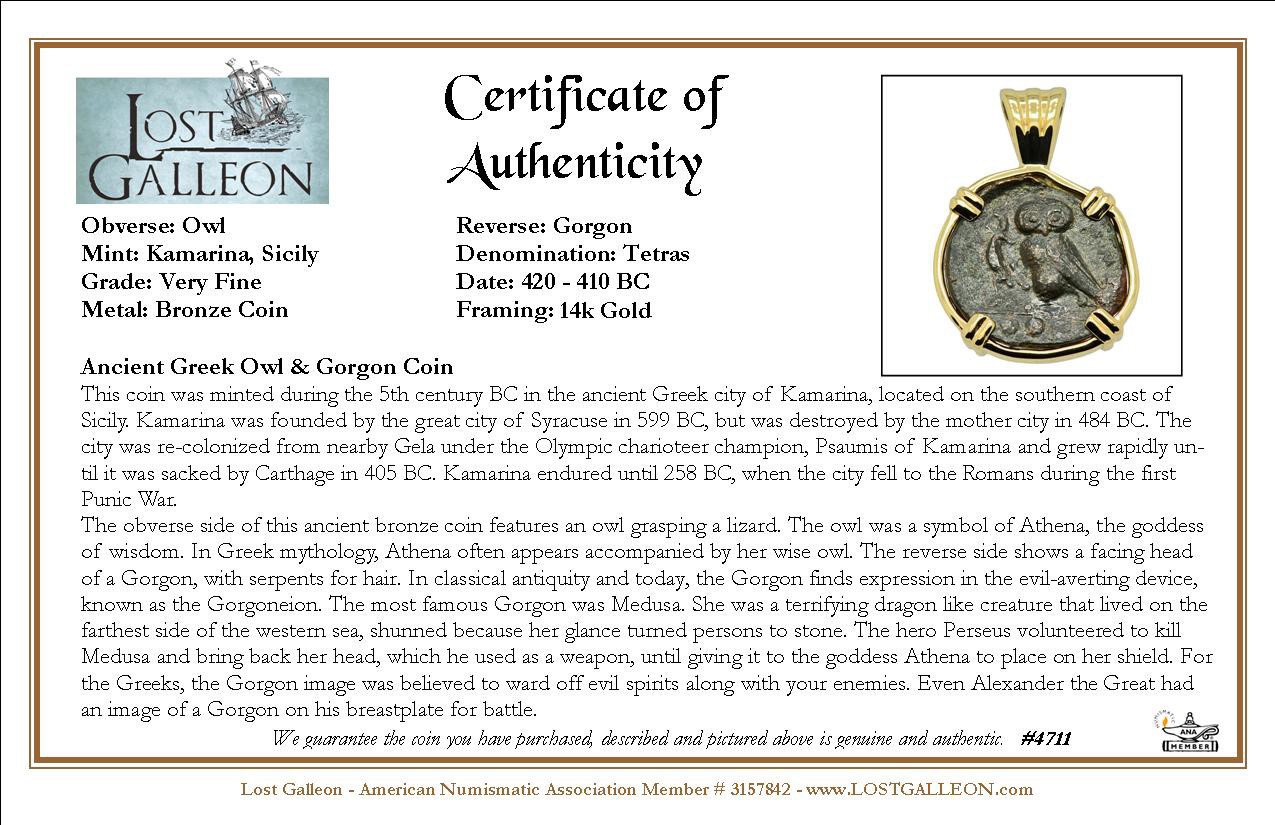 This coin was minted during the 5th century BC in the ancient Greek city of Kamarina, located on the southern coast of Sicily. Kamarina was founded by the great city of Syracuse in 599 BC, but was destroyed by the mother city in 484 BC. The city was re-colonized from nearby Gela under the Olympic charioteer champion, Psaumis of Kamarina and grew rapidly until it was sacked by Carthage in 405 BC. Kamarina endured until 258 BC, when the city fell to the Romans during the first Punic War.
The obverse side of this ancient bronze coin features an owl grasping a lizard. The owl was a symbol of Athena, the goddess of wisdom. In Greek mythology, Athena often appears accompanied by her wise owl. The reverse side shows a facing head of a Gorgon, with serpents for hair. In classical antiquity and today, the Gorgon finds expression in the evil-averting device, known as the Gorgoneion. The most famous Gorgon was Medusa. She was a terrifying dragon like creature that lived on the farthest side of the western sea, shunned because her glance turned persons to stone. The hero Perseus volunteered to kill Medusa and bring back her head, which he used as a weapon, until giving it to the goddess Athena to place on her shield. For the Greeks, the Gorgon image was believed to ward off evil spirits along with your enemies. Even Alexander the Great had an image of a Gorgon on his breastplate for battle.