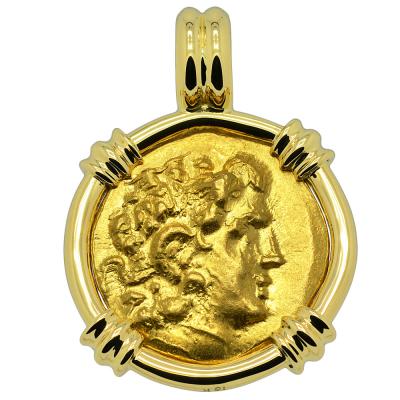 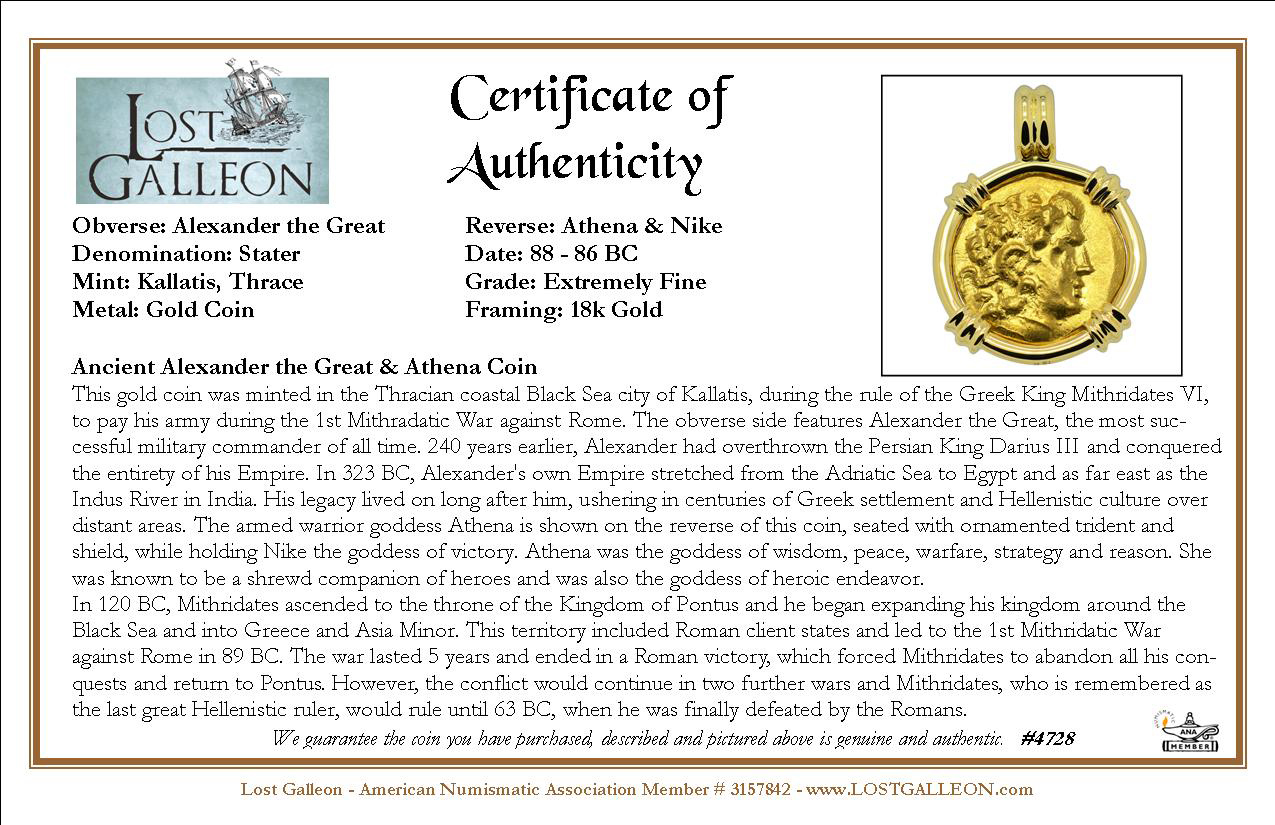 This gold coin was minted in the Thracian coastal Black Sea city of Kallatis, during the rule of the Greek King Mithridates VI, to pay his army during the 1st Mithradatic War against Rome. The obverse side features Alexander the Great, the most successful military commander of all time. 240 years earlier, Alexander had overthrown the Persian King Darius III and conquered the entirety of his Empire. In 323 BC, Alexander's own Empire stretched from the Adriatic Sea to Egypt and as far east as the Indus River in India. His legacy lived on long after him, ushering in centuries of Greek settlement and Hellenistic culture over distant areas.
The armed warrior goddess Athena is shown on the reverse of this coin, seated with ornamented trident and shield, while holding Nike the goddess of victory. Athena was the goddess of wisdom, peace, warfare, strategy and reason. She was known to be a shrewd companion of heroes and was also the goddess of heroic endeavor.
In 120 BC, Mithridates ascended to the throne of the Kingdom of Pontus and he began expanding his kingdom around the Black Sea and into Greece and Asia Minor. This territory included Roman client states and led to the 1st Mithridatic War against Rome in 89 BC. The war lasted 5 years and ended in a Roman victory, which forced Mithridates to abandon all his conquests and return to Pontus. However, the conflict would continue in two further wars and Mithridates, who is remembered as the last great Hellenistic ruler, would rule until 63 BC, when he was finally defeated by the Romans.