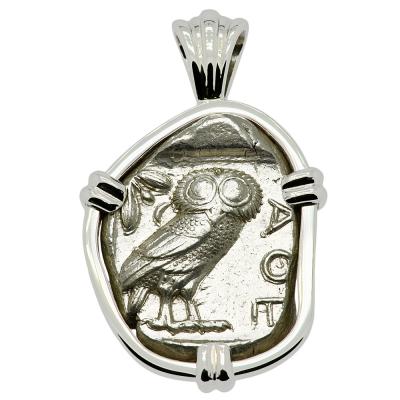 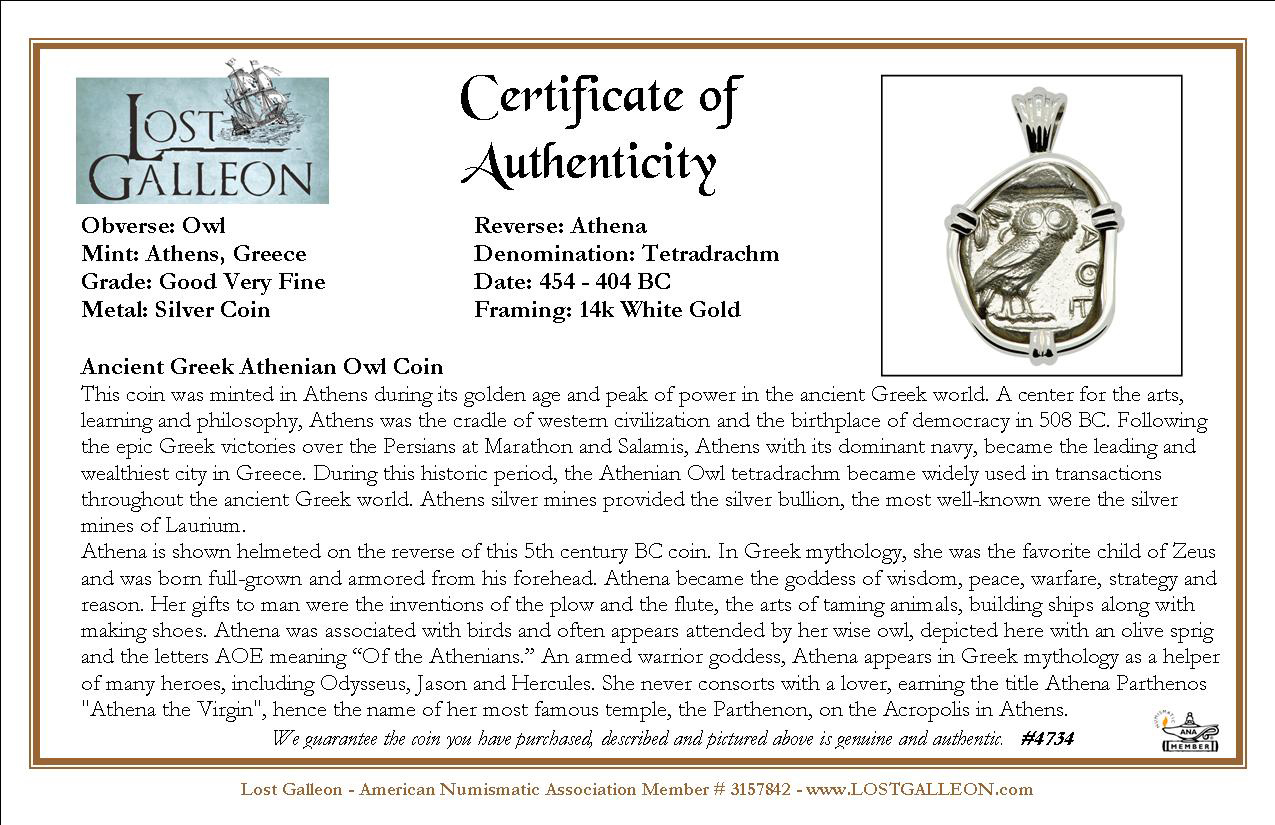 This coin was minted in Athens during its golden age and peak of power in the ancient Greek world. A center for the arts, learning and philosophy, Athens was the cradle of western civilization and the birthplace of democracy in 508 BC. Following the epic Greek victories over the Persians at Marathon and Salamis, Athens with its dominant navy, became the leading and wealthiest city in Greece. During this historic period, the Athenian Owl tetradrachm became widely used in transactions throughout the ancient Greek world. Athens silver mines provided the silver bullion, the most well-known were the silver mines of Laurium.
Athena is shown helmeted on the reverse of this 5th century BC coin. In Greek mythology, she was the favorite child of Zeus and was born full-grown and armored from his forehead. Athena became the goddess of wisdom, peace, warfare, strategy and reason. Her gifts to man were the inventions of the plow and the flute, the arts of taming animals, building ships along with making shoes. Athena was associated with birds and often appears attended by her wise owl, depicted here with an olive sprig and the letters AOE meaning “Of the Athenians.” An armed warrior goddess, Athena appears in Greek mythology as a helper of many heroes, including Odysseus, Jason and Hercules. She never consorts with a lover, earning the title Athena Parthenos "Athena the Virgin", hence the name of her most famous temple, the Parthenon, on the Acropolis in Athens.