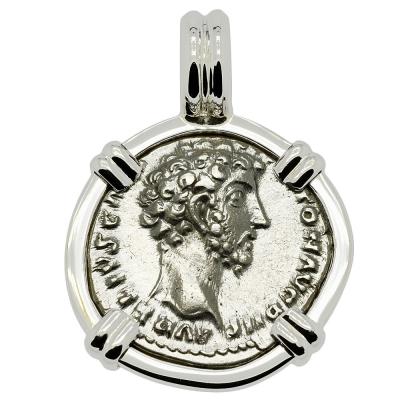 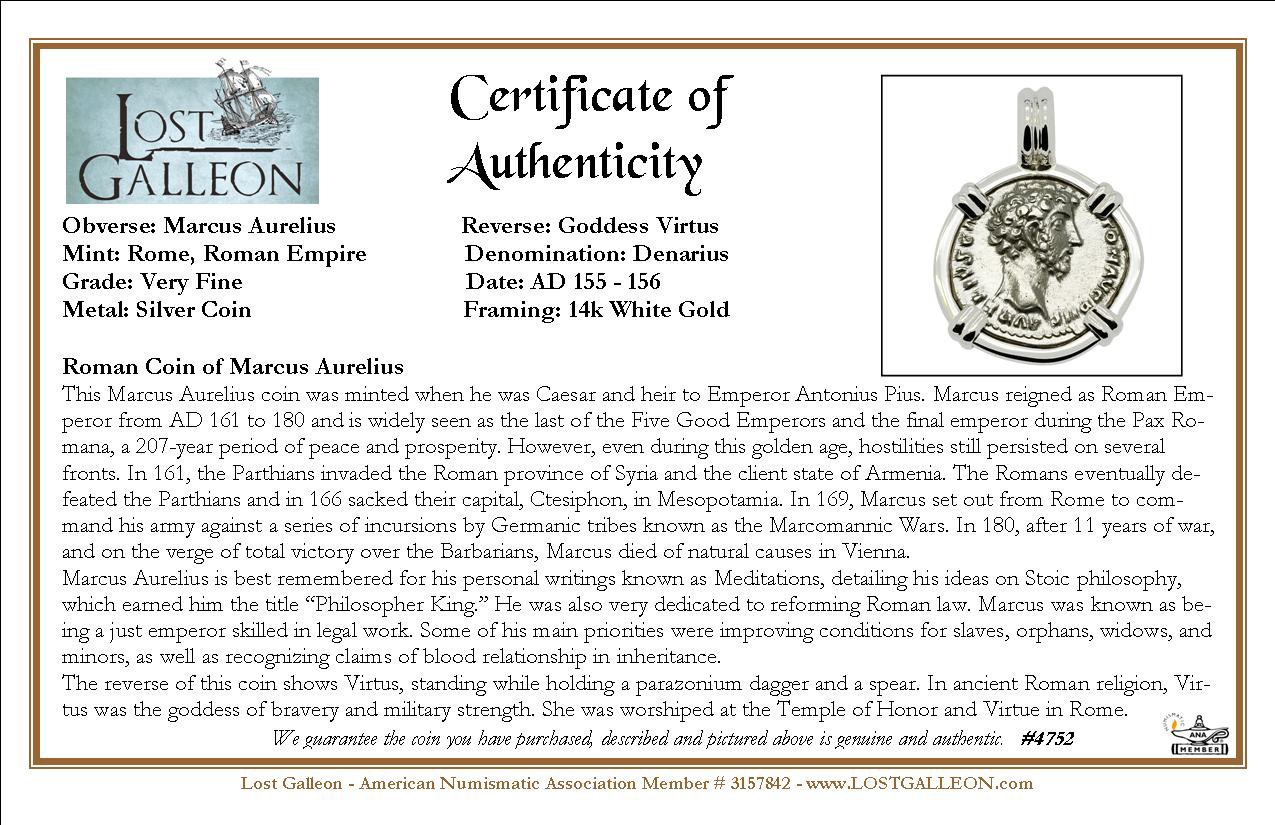 This Marcus Aurelius coin was minted when he was Caesar and heir to Emperor Antonius Pius. Marcus reigned as Roman Emperor from AD 161 to 180 and is widely seen as the last of the Five Good Emperors and the final emperor during the Pax Romana, a 207-year period of peace and prosperity. However, even during this golden age, hostilities still persisted on several fronts. In 161, the Parthians invaded the Roman province of Syria and the client state of Armenia. The Romans eventually defeated the Parthians and in 166 sacked their capital, Ctesiphon, in Mesopotamia. In 169, Marcus set out from Rome to command his army against a series of incursions by Germanic tribes known as the Marcomannic Wars. In 180, after 11 years of war, and on the verge of total victory over the Barbarians, Marcus died of natural causes in Vienna.
Marcus Aurelius is best remembered for his personal writings known as Meditations, detailing his ideas on Stoic philosophy, which earned him the title “Philosopher King.” He was also very dedicated to reforming Roman law. Marcus was known as being a just emperor skilled in legal work. Some of his main priorities were improving conditions for slaves, orphans, widows, and minors, as well as recognizing claims of blood relationship in inheritance.
The reverse of this coin shows Virtus, standing while holding a parazonium dagger and a spear. In ancient Roman religion, Virtus was the goddess of bravery and military strength. She was worshiped at the Temple of Honor and Virtue in Rome.