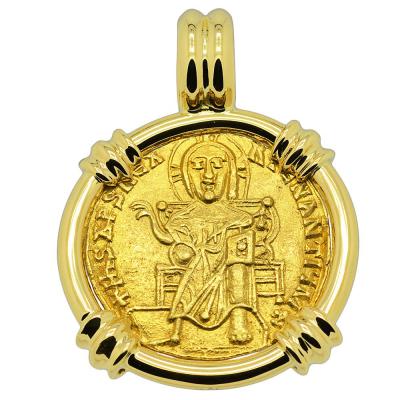 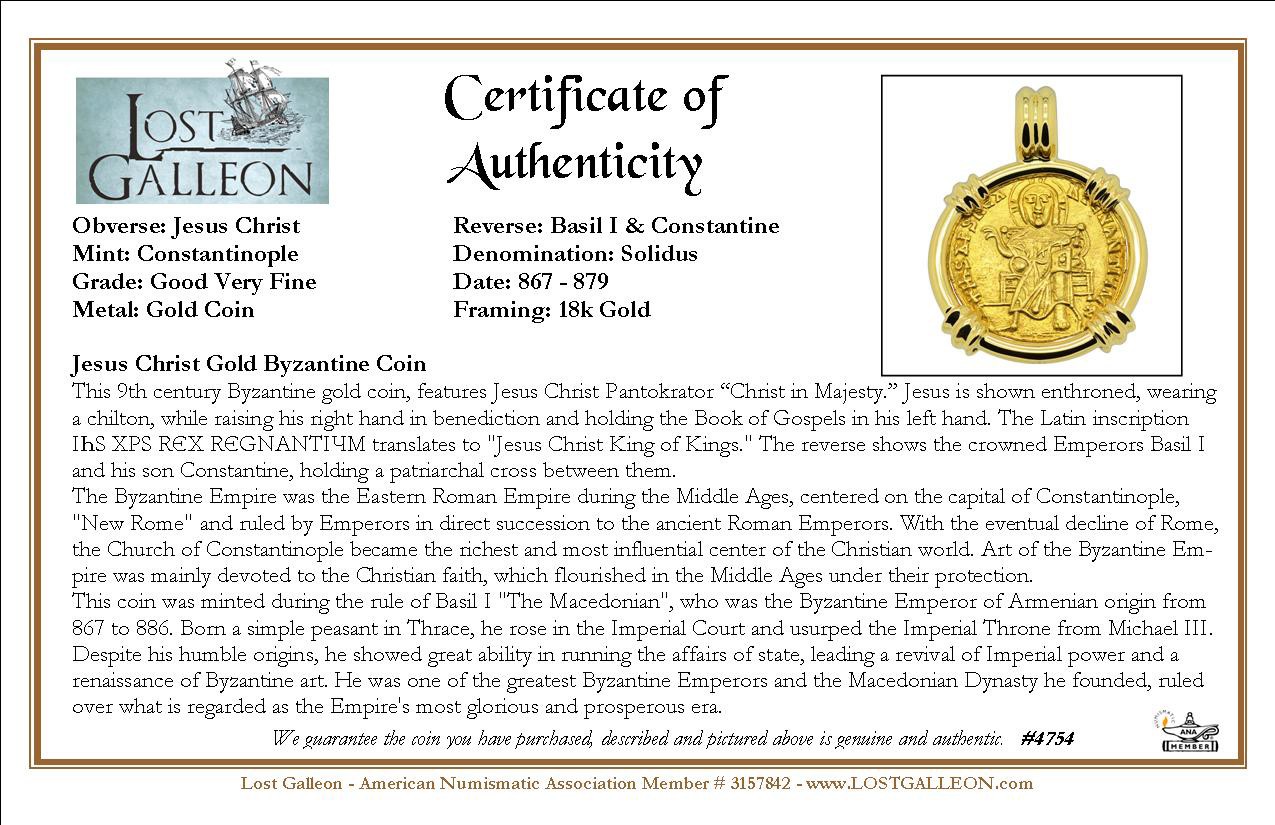 This 9th century Byzantine gold coin, features Jesus Christ Pantokrator “Christ in Majesty.” Jesus is shown enthroned, wearing a chilton, while raising his right hand in benediction and holding the Book of Gospels in his left hand. The Latin inscription IҺS XPS RЄX RЄGNANTIЧM translates to "Jesus Christ King of Kings." The reverse shows the crowned Emperors Basil I and his son Constantine, holding a patriarchal cross between them.
The Byzantine Empire was the Eastern Roman Empire during the Middle Ages, centered on the capital of Constantinople, "New Rome" and ruled by Emperors in direct succession to the ancient Roman Emperors. With the eventual decline of Rome, the Church of Constantinople became the richest and most influential center of the Christian world. Art of the Byzantine Empire was mainly devoted to the Christian faith, which flourished in the Middle Ages under their protection.
This coin was minted during the rule of Basil I "The Macedonian", who was the Byzantine Emperor of Armenian origin from 867 to 886. Born a simple peasant in Thrace, he rose in the Imperial Court and usurped the Imperial Throne from Michael III. Despite his humble origins, he showed great ability in running the affairs of state, leading a revival of Imperial power and a renaissance of Byzantine art. He was one of the greatest Byzantine Emperors and the Macedonian Dynasty he founded, ruled over what is regarded as the Empire's most glorious and prosperous era.