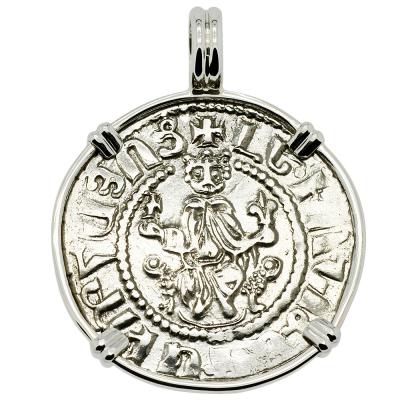 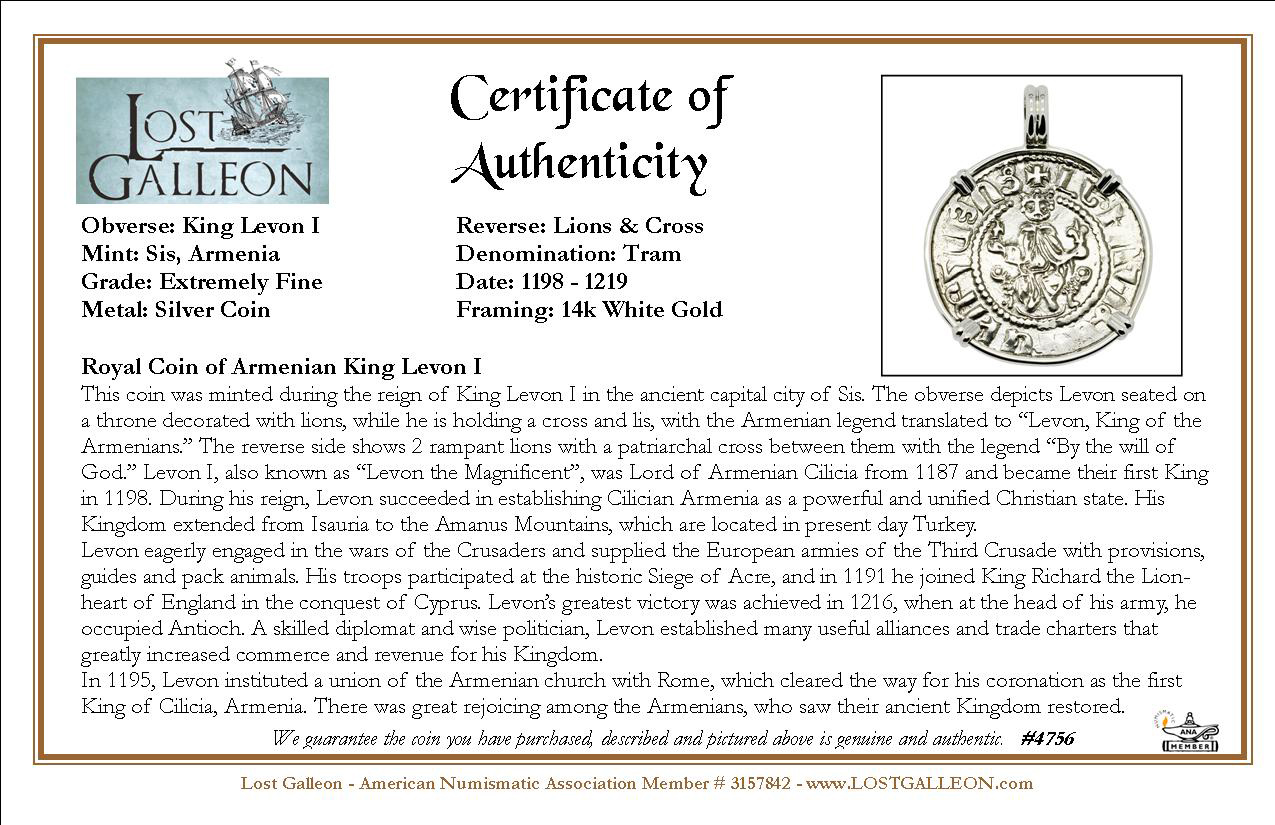 This coin was minted during the reign of King Levon I in the ancient capital city of Sis. The obverse depicts Levon seated on a throne decorated with lions, while he is holding a cross and lis, with the Armenian legend translated to “Levon, King of the Armenians.” The reverse side shows 2 rampant lions with a patriarchal cross between them with the legend “By the will of God.” Levon I, also known as “Levon the Magnificent”, was Lord of Armenian Cilicia from 1187 and became their first King in 1198. During his reign, Levon succeeded in establishing Cilician Armenia as a powerful and unified Christian state. His Kingdom extended from Isauria to the Amanus Mountains, which are located in present day Turkey.
Levon eagerly engaged in the wars of the Crusaders and supplied the European armies of the Third Crusade with provisions, guides and pack animals. His troops participated at the historic Siege of Acre, and in 1191 he joined King Richard the Lionheart of England in the conquest of Cyprus. Levon’s greatest victory was achieved in 1216, when at the head of his army, he occupied Antioch. A skilled diplomat and wise politician, Levon established many useful alliances and trade charters that greatly increased commerce and revenue for his Kingdom.
In 1195, Levon instituted a union of the Armenian church with Rome, which cleared the way for his coronation as the first King of Cilicia, Armenia. There was great rejoicing among the Armenians, who saw their ancient Kingdom restored.