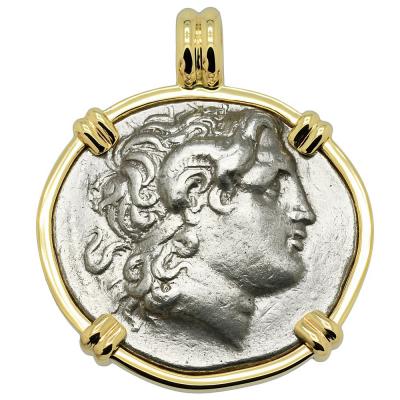 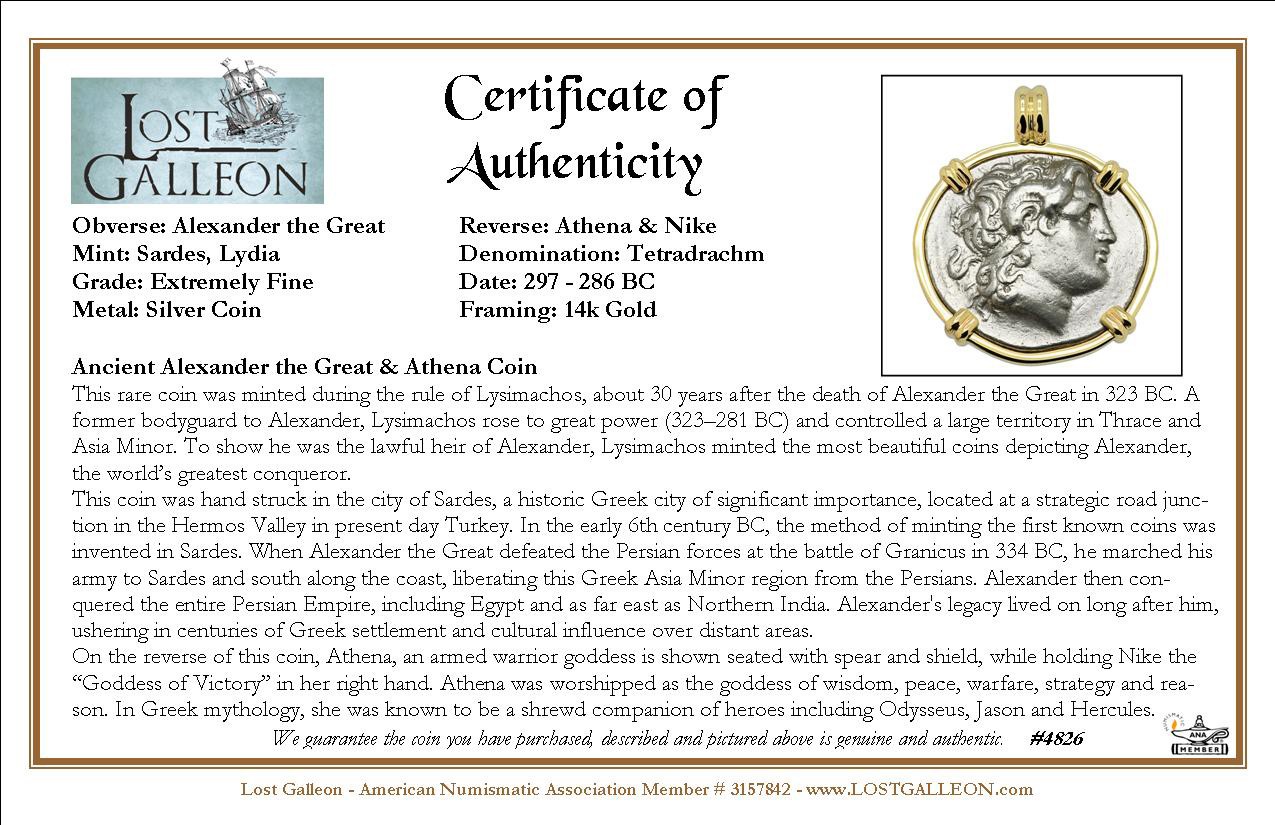 This rare coin was minted during the rule of Lysimachos, about 30 years after the death of Alexander the Great in 323 BC. A former bodyguard to Alexander, Lysimachos rose to great power (323–281 BC) and controlled a large territory in Thrace and Asia Minor. To show he was the lawful heir of Alexander, Lysimachos minted the most beautiful coins depicting Alexander, the world’s greatest conqueror.
This coin was hand struck in the city of Sardes, a historic Greek city of significant importance, located at a strategic road junction in the Hermos Valley in present day Turkey. In the early 6th century BC, the method of minting the first known coins was invented in Sardes. When Alexander the Great defeated the Persian forces at the battle of Granicus in 334 BC, he marched his army to Sardes and south along the coast, liberating this Greek Asia Minor region from the Persians. Alexander then conquered the entire Persian Empire, including Egypt and as far east as Northern India. Alexander's legacy lived on long after him, ushering in centuries of Greek settlement and cultural influence over distant areas.
On the reverse of this coin, Athena, an armed warrior goddess is shown seated with spear and shield, while holding Nike the “Goddess of Victory” in her right hand. Athena was worshipped as the goddess of wisdom, peace, warfare, strategy and reason. In Greek mythology, she was known to be a shrewd companion of heroes including Odysseus, Jason and Hercules.