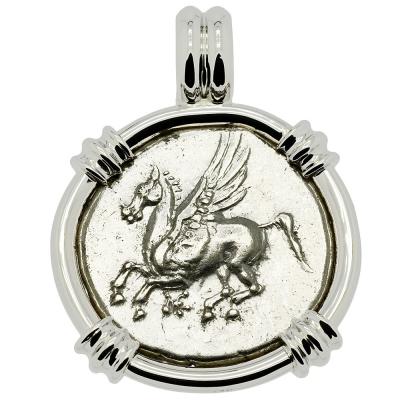 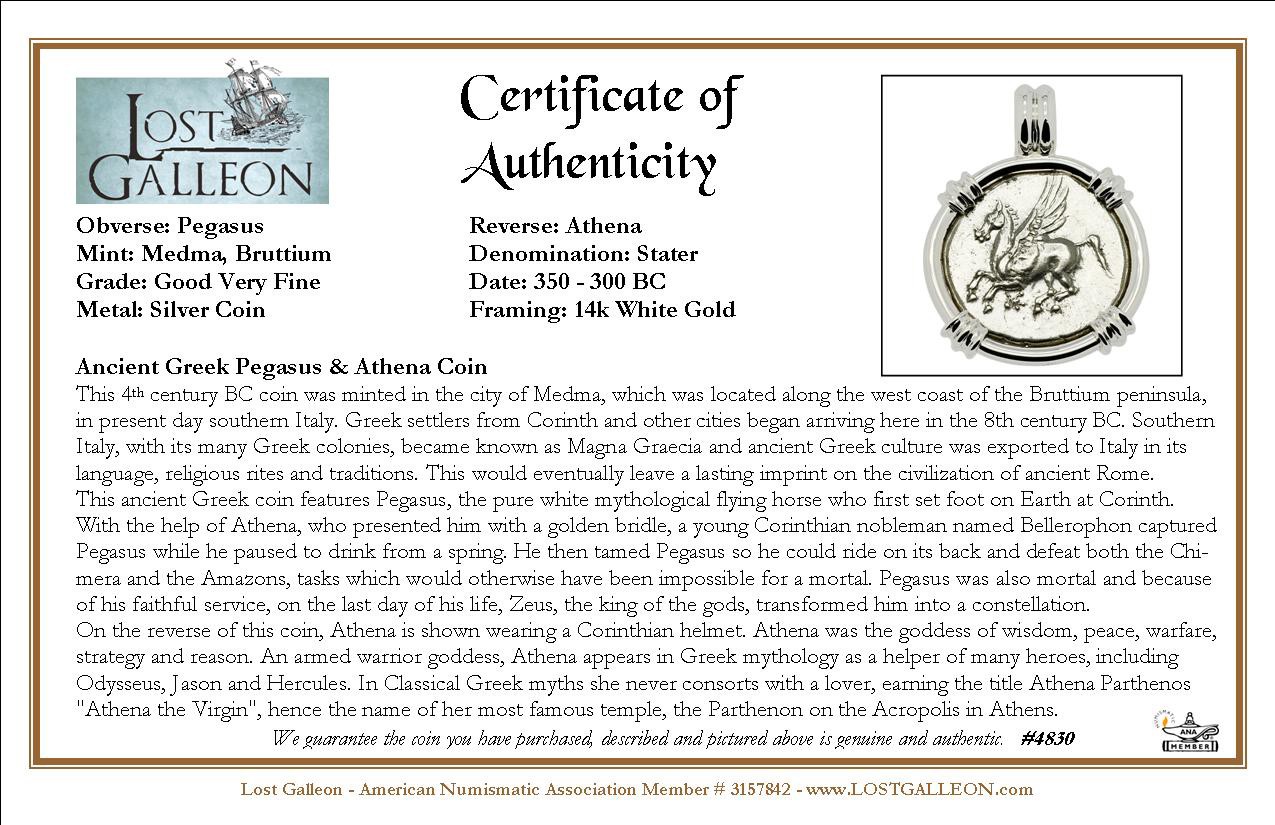 This 4th century BC coin was minted in the city of Medma, which was located along the west coast of the Bruttium peninsula, in present day southern Italy. Greek settlers from Corinth and other cities began arriving here in the 8th century BC. Southern Italy, with its many Greek colonies, became known as Magna Graecia and ancient Greek culture was exported to Italy in its language, religious rites and traditions. This would eventually leave a lasting imprint on the civilization of ancient Rome.
This ancient Greek coin features Pegasus, the pure white mythological flying horse who first set foot on Earth at Corinth. With the help of Athena, who presented him with a golden bridle, a young Corinthian nobleman named Bellerophon captured Pegasus while he paused to drink from a spring. He then tamed Pegasus so he could ride on its back and defeat both the Chimera and the Amazons, tasks which would otherwise have been impossible for a mortal. Pegasus was also mortal and because of his faithful service, on the last day of his life, Zeus, the king of the gods, transformed him into a constellation.
On the reverse of this coin, Athena is shown wearing a Corinthian helmet. Athena was the goddess of wisdom, peace, warfare, strategy and reason. An armed warrior goddess, Athena appears in Greek mythology as a helper of many heroes, including Odysseus, Jason and Hercules. In Classical Greek myths she never consorts with a lover, earning the title Athena Parthenos "Athena the Virgin", hence the name of her most famous temple, the Parthenon on the Acropolis in Athens.