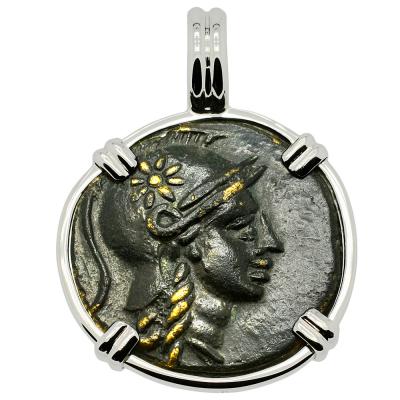 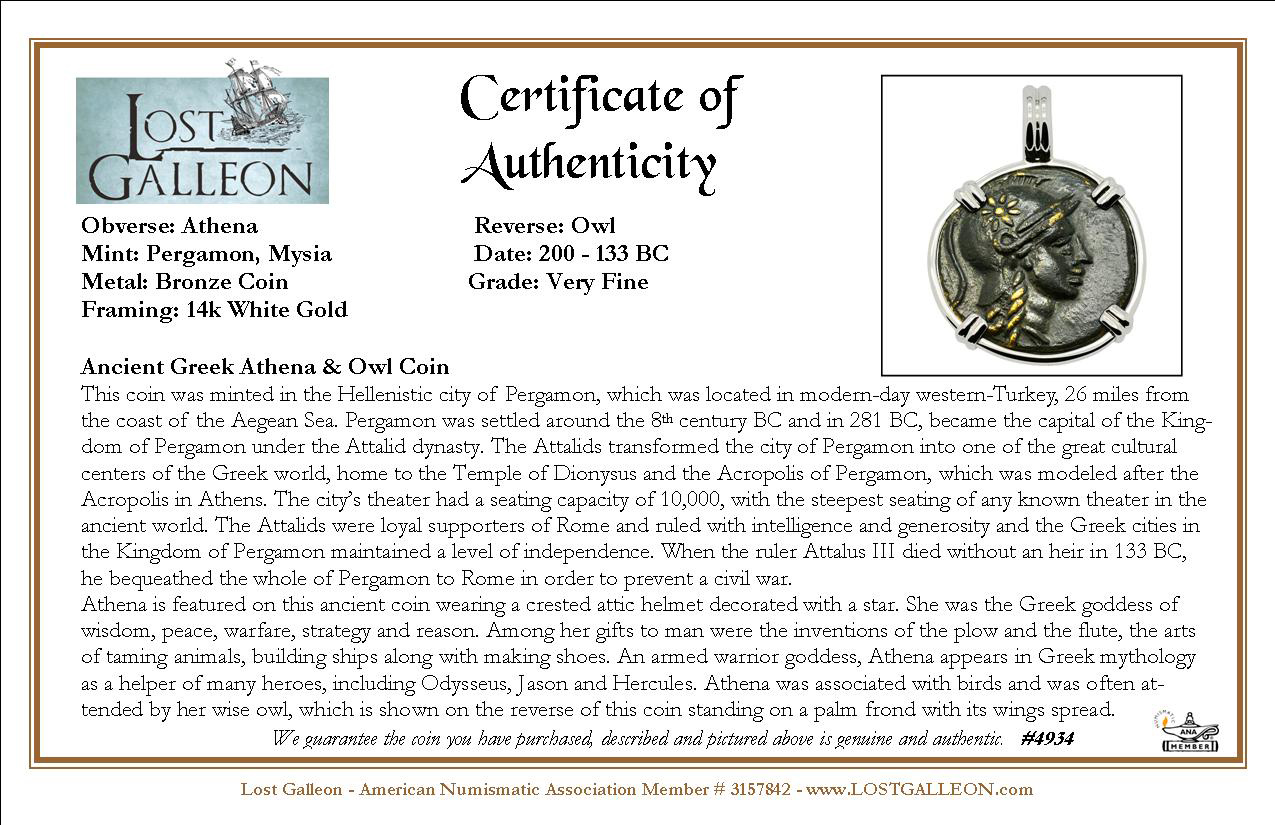 This coin was minted in the Hellenistic city of Pergamon, which was located in modern-day western-Turkey, 26 miles from the coast of the Aegean Sea. Pergamon was settled around the 8th century BC and in 281 BC, became the capital of the Kingdom of Pergamon under the Attalid dynasty. The Attalids transformed the city of Pergamon into one of the great cultural centers of the Greek world, home to the Temple of Dionysus and the Acropolis of Pergamon, which was modeled after the Acropolis in Athens. The city’s theater had a seating capacity of 10,000, with the steepest seating of any known theater in the ancient world. The Attalids were loyal supporters of Rome and ruled with intelligence and generosity and the Greek cities in the Kingdom of Pergamon maintained a level of independence. When the ruler Attalus III died without an heir in 133 BC, he bequeathed the whole of Pergamon to Rome in order to prevent a civil war.
Athena is featured on this ancient coin wearing a crested attic helmet decorated with a star. She was the Greek goddess of wisdom, peace, warfare, strategy and reason. Among her gifts to man were the inventions of the plow and the flute, the arts of taming animals, building ships along with making shoes. An armed warrior goddess, Athena appears in Greek mythology as a helper of many heroes, including Odysseus, Jason and Hercules. Athena was associated with birds and was often attended by her wise owl, which is shown on the reverse of this coin standing on a palm frond with its wings spread.