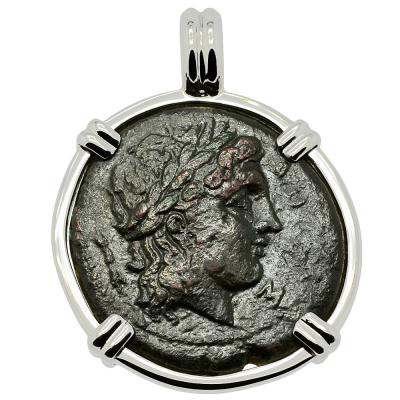 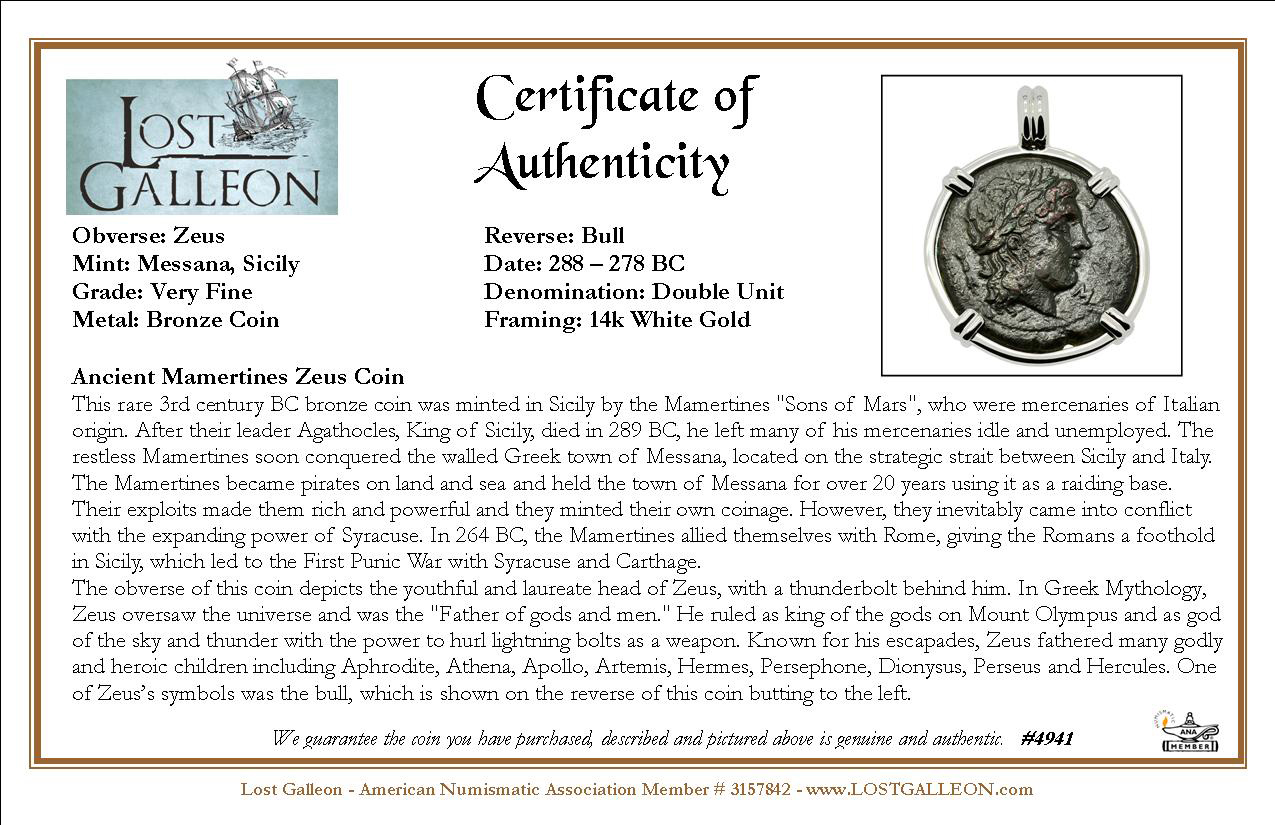 This rare 3rd century BC bronze coin was minted in Sicily by the Mamertines "Sons of Mars", who were mercenaries of Italian origin. After their leader Agathocles, King of Sicily, died in 289 BC, he left many of his mercenaries idle and unemployed. The restless Mamertines soon conquered the walled Greek town of Messana, located on the strategic strait between Sicily and Italy.
The Mamertines became pirates on land and sea and held the town of Messana for over 20 years using it as a raiding base. Their exploits made them rich and powerful and they minted their own coinage. However, they inevitably came into conflict with the expanding power of Syracuse. In 264 BC, the Mamertines allied themselves with Rome, giving the Romans a foothold in Sicily, which led to the First Punic War with Syracuse and Carthage.
The obverse of this coin depicts the youthful and laureate head of Zeus, with a thunderbolt behind him. In Greek Mythology, Zeus oversaw the universe and was the "Father of gods and men." He ruled as king of the gods on Mount Olympus and as god of the sky and thunder with the power to hurl lightning bolts as a weapon. Known for his escapades, Zeus fathered many godly and heroic children including Aphrodite, Athena, Apollo, Artemis, Hermes, Persephone, Dionysus, Perseus and Hercules. One of Zeus’s symbols was the bull, which is shown on the reverse of this coin butting to the left.